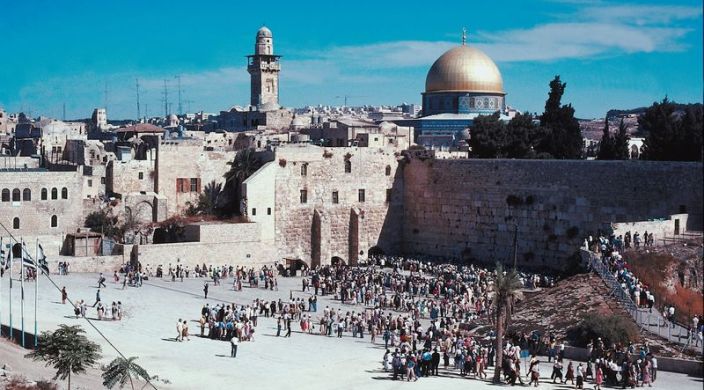 I grew up in a home with my single mother and two sisters. My mother had one sister, two nieces, and one nephew. When my mother died, our synagogue shipped in the men of the traveling shiva minyan to say Kaddish for her the night of her funeral. I was not just a little angry that none of the women in her life counted as part of the minyan.

I have spent much of my life in the company of women: I worked at the Women’s Needs Center of the Haight Ashbury Free Clinics, I joined Sisterhood when I left Women’s Needs and moved to Marin. My husband Sam and I have one daughter and one stepdaughter.

All these women in my family were there at Sinai with every other Jew, sharing the revelation. All of us were there, the midrash teaches, not just the men: every Jew who ever was or will be.

So I have been following the Women of the Wall (WOW) with great admiration for Anat Hoffman and all the women, who have gone for decades to the women’s section of the Kotel to pray on Rosh Chodesh, to pray according to halakha with Torah, tallit (prayer shawls) and tefillin (a Jewish ritual typically reserved for men). It was once a quiet practice, except for the abuse heaped on them from the Haredi—both men and women. They received a favorable ruling from the Israeli Supreme Court over a decade ago, but then the court bowed to pressure from the Haredi, who found the sight of a woman in a tallit objectionable. Compromises were made, and pressure increased. In 2010, the Jerusalem police at the Kotel Plaza began to arrest women there to pray for “disturbing the peace” and, while not charging them, forced them to agree to stay away from the Kotel for 30 days.

Pressure from Jews in the Diaspora finally forced Prime Minister Netanyahu to take up the issue. In December, he appointed Natan Sharansky, head of the Jewish Agency and hero to many for his many years as a refusenik, to find a solution that would prevent an irreparable rip in the community of Jews in Israel and the Diaspora.

Mr. Sharansky made his proposal, after consulting with leaders here in the US and elsewhere: Reform, Conservative, Modern Orthodox, and with the WOW. His proposal has creative element: enlarge the Kotel Plaza to be big enough to embrace the Haredi and the egalitarian groups, making the egalitarian section on par with the Haredi section, not controlled by the Haredi rabbi, open all hours and free to all. While I still wonder whether separate and equal is possible, Anat Hoffman herself, on a conference call sponsored by the New Israel Fund, described the obstacles in the plan’s path. Many stakeholders have to weigh in from their particular stake: the archeologists, the Supreme Court, the City of Jerusalem, the Knesset, and several other groups, and then someone has to raise a huge sum of money to make it happen. This proposal’s implementation is years away.

What is to happen in the meanwhile? Ms. Hoffman noted that WOW would pray really hard, with their torah, tallit and tefillin, in the women’s section, until it came to pass. She proposed, as did Shalom Hartman scholar Prof. Rachel Sabath Beit-Halachmi recently, that we think about establishing a timeshare of the plaza. An example Ms.Hoffman proposed could be that between the hours of 9 am, after shacharit (morning service) and 3 pm, before mincha (afternoon service), it could be egalitarian, with no control from the Haredi authorities. And then it would revert. This would incorporate the Jewish sense of time as a sacred entity, such as Shabbat being a “palace of time”. It seems to me an elegant solution, at least for the meantime.

We still need to pressure both the prime minister and the president, encouraging them to listen to the words of us Diaspora Jews. As Rabbi David Hartman z”l wrote years ago (as taught by Prof. Beit-Halachmi), Israel is too important for the Jews to leave just to the Israelis. The wall, our holiest site, liberated by the 1967 paratroopers for all of us, is too important to ignore.

The action to reclaim the Kotel for all Jews reflects what Ms. Hoffman described, almost quoting Hillary Clinton, as the work remaining in the 21st Century: to give women equal rights. Women in Israel earn, according to her, 50% of men, they are not promoted in the Army in the same way or numbers or to the same heights as men, etc.

All of us who were standing together at Sinai need the strength of the daughters of Zeloph’chad, to demand what is right. Bless the Women of the Wall for their courage and may this herald a new chapter in equality for all Jews.

Rabbi Meredith Cahn serves North Tahoe Hebrew Congregation in Tahoe Vista, CA, where she lives along with her husband, Sam Doctors, their daughter Olya and their three cats.

Rabbi Meredith Cahn serves North Tahoe Hebrew Congregation in Tahoe Vista, CA, where she lives along with her husband, Sam Doctors, their daughter Olya and their three cats. She blogs at Reb Meredith.