"We Were Like Dreamers..." On Israel's 70th Birthday, Reflecting Back and Looking Ahead 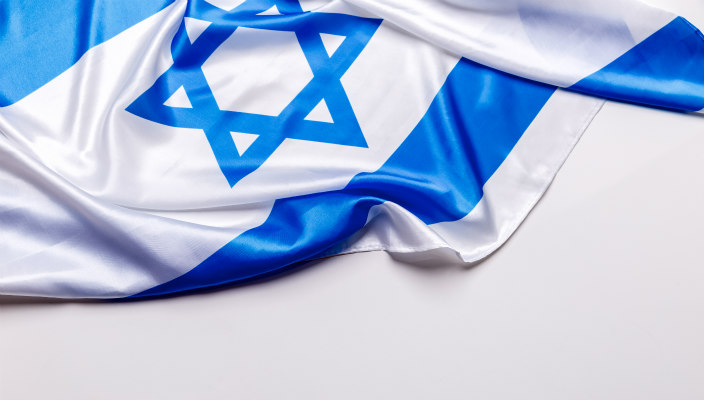 In the beginning of 1948, in preparation for the announcement on the establishment of the State of Israel, one of the questions the Zionist movement leadership dealt with had to do with what song would be chosen as the national anthem. One of the suggestions that was brought up was Psalm 126, which speaks about the return of the Jewish people to their homeland, and in so doing, emphasizes the connection of the young state to the Tanach, the Jewish people’s ancient history and to Jewish tradition.

This Psalm, which opens the Birkat HaMazon prayer on Shabbat and holidays, begins with these words:

“When the Lord brought back those that returned to Zion, we were like dreamers.”

Most commentators suggested that the meaning of this verse is that the return to Eretz Yisrael (the land of Israel) should be seen as a sudden miracle, similar to a person who awakens from a bad dream or nightmare to discover a good reality. At the same time, there were also commentators who noticed the fact that in Hebrew, the root of the word "halom," dream, is also the root of the word "l’hachlim," to heal. According to these commentators, the Psalm’s meaning was that upon the return to Eretz Yisrael, the Jewish people will begin a process of healing and strengthening, following many long years of disconnect from the land.

These two ancient interpretations of the Psalm are as relevant as ever to Israeli society and to the great challenges that it faces, as well as the great opportunities which it holds.

Last week, we commemorated Yom HaShoah, Holocaust Memorial Day. It is doubtful whether there is another example in human history of such a swift and sharp switch from the deep abyss, to the height of independence and freedom, from the horrors of the Holocaust to the establishment of the State of Israel within just three years. At the same time, almost 70 years later, we know and understand that the solidification of an independent and thriving State, with a society that serves as an example onto others and one which fulfills the prophetic values of Jewish tradition, as they are expressed in Israel’s Declaration of Independence, is a long and complex process, similar to a person’s gradual recovery from a state of weakness and hardship.

Seventy years have gone by since David Ben Gurion announced the establishment of the State of Israel, opening a new stage in the Jewish people’s journey towards the "Promised Land." The understanding that this is a long process, passing through many generations, should lead us to three insights.

First, that this is a process that is still in its midst, and that patience is critical.

Second, in healing there are many moments of success and progress, but also many moments of difficulty, challenge and even retreat. We cannot take these moments lightly and ignore them, but we also must not let them lead us to despair. Optimism, hope and belief are crucial elements of progress.

Finally, just like any long process of healing and strengthening, the support and friendship of family and friends who surround the person and the sense of partnership and camaraderie, are basic conditions for success, no less than the willpower of the person him or herself.

Seventy years have gone by since the State of Israel was established, and we have experienced numerous moments of pride, joy and success. Alongside them are great challenges, dangers and moments of loss and confusion. We must not ignore them, yet must also not give up.

All of us, Jews living in both Israel and around the world, are lucky to be living in a time when the Jewish people have an independent and strong State, and in a time during which the vast majority of Diaspora Jewry live in democratic societies. Just like the generation that established the State of Israel, we too have not yet completed the task. The people of that generation were tasked with building a country and governing institutions, protecting borders, developing an economy and absorbing millions of immigrants from east and west.

Our generation is responsible for continuing with these tasks, while at the same time taking on new tasks which are relevant for Israel’s future, including: the strengthening of Israeli society’s democratic values, striving for peace, narrowing social gaps, repairing the relationship between the Jewish majority and Arab minority, and, of course, nurturing a pluralistic and tolerant Jewish Israeli culture.

When the State of Israel was established, Reform Judaism had a very small presence in the country, in spite of the fact that Reform leaders played a crucial role in the international steps taken to establish the State. This fact had many reasons, having to do both with Israeli society in those pioneering years, as well as on the ideological level, relating to Reform Judaism. Seventy years following the establishment of the State, Reform and Progressive Judaism have a strategic window of opportunity among millions of Israelis, who for the first time are recognizing the great contribution that an open, encompassing and egalitarian Judaism can have on the future of the State of Israel.

Fulfilling this enormous opportunity could be the greatest accomplishment of Reform Judaism in the 21st century and a source of pride for all of us. For many years, Jews around the world helped Israel by planting trees and forests around the country, in an effort to make the desert bloom. We now have the historic opportunity to plant more and more Reform and Progressive congregations, kindergartens, schools, youth groups and tikkun olam (social justice) programs and continue the Zionist work of building the State and growing with it; in Jerusalem, Tel Aviv, the Negev and the Galilee, and everywhere around the world where Jews are living.

Psalm 126 ends with the well-known verse:

“They that sow in tears shall reap in joy. Though he goeth on his way weeping that beareth the measure of seed, he shall come home with joy, bearing his sheaves.”

Seventy years have gone by since the great miracle of the establishment of the State of Israel, and we are called upon to learn how to sow and reap at the same time; to shed a tear and laugh in the same breath.

We know that there are still many more things that we must accomplish here in Israel and that there are numerous reasons for fear, but at the same time, we also remember to give thanks and rejoice in the wonderful reaping of that which prior generations sowed for us. It is thanks to this joy, thanks to the commandment not to take our life in this country for granted, thanks to the ability to rejoice in all which should be celebrated – that we shall continue sowing and reaping. 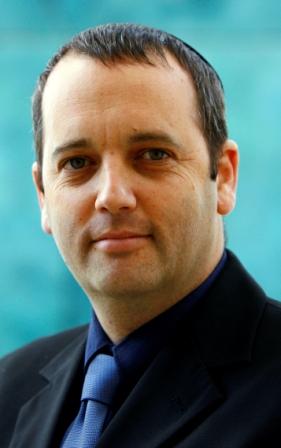 Rabbi Gilad Kariv is president and CEO of the Israel Movement for Reform and Progressive Judaism.