What Do Superheroes and Passover Have in Common? 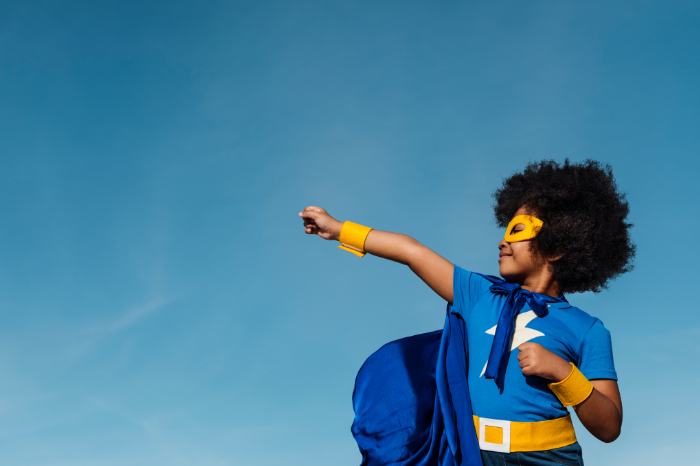 What do superheroes and Passover share in common? According to Rabbi Moshe Rosenberg, enough to fill an entire HaggadahHaggadahהַגָּדָהLiterally, “telling.” This is the Jewish text that sets forth the order of the Passover seder. Plural: Haggadot.  !

The author of The (unofficial) Hogwarts Haggadah and The (unofficial) Muggle Megillah has delivered another work of art combining fanservice and prescient Jewish learning in his newly released The Superhero Haggadah: A Story of Signs and Marvels.

To learn more about this Haggadah, and what sparked him to create it in the first place, we spoke with Rabbi Rosenberg in advance of the holiday.

ReformJudaism.org: Your Harry Potter-themed books were such incredible successes. What inspired you to transition to the realm of superheroes?

Rabbi Moshe Rosenberg: For two decades, I combined the worlds of Harry Potter and Torah as a teaching tool in my school and my synagogue (which resulted in the Hogwarts Haggadah and Muggle Megillah).

A few years ago, as a prize in my school’s annual charity auction, I offered to write a Harry Potter short story, which would place the winning child in Hogwarts. To make the story more appealing to the winner, I asked him what his interests were, to which he replied: superheroes! With the guidance of my children, I watched the necessary movies to put Iron Man in Hogwarts, along with this lucky young man (the resulting story, and my daughter’s audio recording of it, can be found on the Hogwarts Haggadah Facebook page).

Then, I was diagnosed with prostate cancer. I needed to undergo hormonal treatment, surgery, and radiation. During the course of my treatments, which took place in the shadow of COVID-19 across New York, I was weak, fatigued, and emotional. To cheer me up, my children composed a watchlist of Marvel Cinematic Universe (MCU) movies and proceeded to watch them with me.

Slowly, I began to see the very human issues that these augmented humans had to face: exclusion, identity, responsibility, maturity, guilt, etc. I started writing down these ideas, and this Haggadah is the result.

What can readers expect from this Haggadah? What about it are you most proud of?

I hope fans of the MCU will find thought-provoking insights into their favorite characters, and Jewish learners will find real Torah in my comments and essays – but even more, my goal is that both find their knowledge of their field deepened and sharpened by its encounter with the other. My goal has been to allow these two prisms of life’s key issues to inform each other and show that cross-pollination is beneficial to both.

The accuracy and creativity of the text is due to the fact that my entire family, especially my two older children, left their mark on it. Additionally, readers will find artwork that goes far beyond clipart. The overall comic book look, and illustrator Aviva Shur’s original logos and pictures, are enormously clever and creative.

Perhaps most of all, I’m thrilled that a number of amazing drawings featured in this Haggadah were created by a seventh-grade student of mine. He’s been drawing superheroes for years, and now, through this project, he’s discovered that following your passion can be profitable, too!

What parallels exist between the MCU and the themes celebrated during Passover?

In the MCU, many of the superheroes are forced to discover who they truly are when they are deprived of the object that seems to set them apart. Iron Man and Spider-Man are deprived of their suits, Captain America of his shield, Thor of his Hammer, and Dr. Strange of the use of his hands.

In the TorahTorahתּוֹרָהLiterally “instruction” or “teaching.” The first five books of the Hebrew Bible (Genesis, Exodus, Leviticus, Numbers, and Deuteronomy); the handwritten scroll that contains the first five books of the Hebrew Bible. Also called the Pentateuch and The Five Books of Moses. “Torah” is also used to refer to the entire body of Jewish religious teachings and insight.  , God asks Moses to leave aside his staff and bring the plagues of hail, locusts, and darkness with his own hand. As Tony Stark told Peter Parker in Spider-Man: Homecoming, “If you’re nothing without this suit, then you shouldn’t have it.” Much like Spider-Man, Moses had to discover who he really is without his staff, and it’s only when they become comfortable with their own humanity that the superheroes get their items back (or, in Doctor Strange’s case, a new gift).

Who were the heroes who inspired you growing up – in comics or in real life? Who inspires you today?

My father was my hero. He gave me my superpower: the voice and virtuosity I wield to read the Torah and the M'gillotm'gillahמְגִלָּה"Scroll;" One of the five m'gillot (plural) in the Bible: Esther, Song of Songs, Ruth, Lamentation and Ecclesiastes. and to lead prayers, which has served me well in the darkest corners of my life.

When I went for an MRI and was not given headphones, I staved off the cacophony of the magnetic pounding by chanting the M'gillat Esther from memory. It was not an accident that my father had inscribed on my bar mitzvahbar mitzvahבַּר מִצְוָהCeremony marking a boy's reaching the age of religious maturity; plural: b'nei mitzvah. invitation the words from my Torah portion, “Az Yashir Moshe” (“Then Moshe Sang”). He gave me my song.

This Passover, how can people remember that they are worthy and capable of being a hero themselves?

As I write in this book’s dedication, “True superheroes are not humans augmented with superpowers but those who overcome fear to put the needs of others before their own.”

For those who feel anxious and unsure of themselves: Those very feelings are the hallmark of being a superhero. Spider-Man didn’t want the acclaim when he saw the responsibility that came with it – until he discovered that his mentor, Iron Man, was plagued with doubts as well. And Moses, after Pharoah rebuffs him the first time, blames himself and asks God, “Why have you sent me?” If you’re feeling doubt and unworthiness, you’re on the right track!

Want to read more articles about Judaism and arts and culture? Subscribe to Celebrating Jewish Arts and Culture, sent every other Tuesday as part of our Ten Minutes of Torah series.

END_OF_DOCUMENT_TOKEN_TO_BE_REPLACED

Sometimes the acting ends in joy and other times the results are devastating. Ultimately, the writers and actors draw us into their stories so that we cannot deny that art can elicit understanding, peace, and even deep love.
Arts and Culture
Image

Just a month after it was announced that the Israeli star Shira Haas would portray Meir in a TV series, The Hollywood Reporter revealed this week that Oscar winner Helen Mirren would portray Israel’s only female prime minister in an upcoming biopic.
Yom HaShoah
Image