What Do Teen Lobbyists Do During a Government Shutdown? 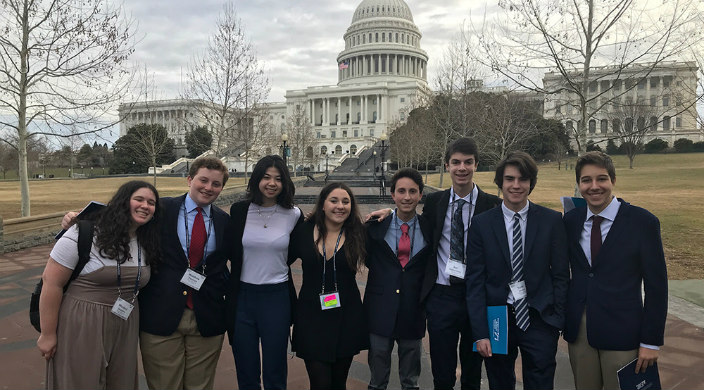 What do lobbyists do during a government shutdown?

Most might stay home. But if you are an intrepid, well-prepared, passionate teenage Jewish lobbyist, you find a way in.

That’s what eight teenage members of Temple Shaaray Tefila in New York, NY, did yesterday, after they had spent the weekend preparing to lobby as a part of the L’Taken Social Justice Seminar sponsored by the Religious Action Center of Reform Judaism.

They had worked all weekend, learning about the current political issues on Capitol Hill and about what Judaism and Jewish values say about those issues, as well as considering how they themselves had been personally affected by them. They spent hours preparing impassioned, personal, Judaism-infused lobbying speeches.

And then, when they showed up on Capitol Hill in Washington, D.C., it seemed for a time that it all might be for naught. The Senate office buildings were closed to all but a skeleton crew of staffers, and the only lobbyists who were being allowed to enter were those who had inside connections.

After standing outside for nearly an hour with their rabbi and the congregation’s director of teen engagement, and hundreds of other teens from around the country who also had spent the weekend preparing for this moment, our eight teens were frustrated. If they were any other group, they might have given up, gone to the Smithsonian, or gone home.

But these were not just any teens.

Eventually, they heard that a side door to an adjacent building might be open to those “with official business.” That building, they heard, was connected via underground tunnel to the building where their appointment was scheduled.

“We have official business,” they said to themselves. “We have appointments with U.S. senators!” The walked confidently through the door marked “For Official Business Only.” Dressed as professional lobbyists, they cleared security. Off they went, exploring the underground tunnel system that connects office buildings in and around the U.S. Capitol.

One way or another, they delivered their impassioned speeches.

At one office, where they found the door shuttered and the office empty, they slid their speeches under the door, adding a cover letter explaining that they had arrived on time for their appointment.

At another office, they came upon two staff members who told them, “Because of the government shutdown, we're not allowed to meet with you.”

The bold teens said, “Yes, but we've come all this way, and done all this work. Can we at least hand you our speeches and ask you to share them with the senator?”

The staff members answered questions about their work, and assured the persistent young Jewish leaders they would deliver the speeches to the senator. When the determined lobbyists asked about following up, the staff members gave the teens their business cards.

It was business as usual at the office of U.S. Representative Carolyn Maloney, and the group was received as per the usual protocol. During their meeting with a key staff member, Representative Maloney stopped by to say, “Thanks for being here; it's a crazy day, but it means so much that you've come.”

The teens spoke movingly, advocating for continued U.S. support for the State of Israel and for a two-state solution; they argued for a clean DACA bill, sharing the story of a classmate whose father, a 30-year resident of New York, has now been threatened with deportation; and they pushed for increased gun violence prevention measures from a deeply rooted Jewish perspective.

Despite the government shutdown, these eight teens were “chai-powered” lobbyists.

I was so proud of them and inspired by them. We all should be.

Israel is our home. It was in the Torah, and it is now. It sure isn’t perfect, and it might not be around forever, but that’s exactly why we need to come.
Youth Engagement
Image 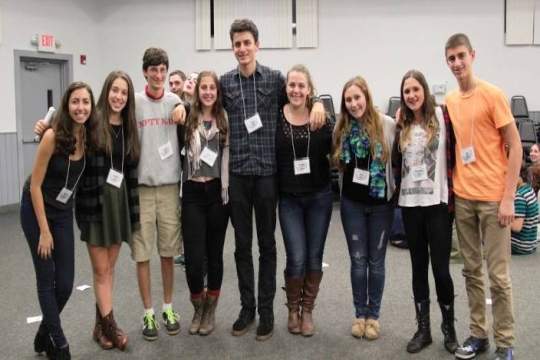 Tapping Into Potential Energy: Jewish Teens Look to the Future

“Leadership is about moving the stored energy in society to where it can be best utilized,” said community organizer Andrew Slack at the inaugural New York Area Jewish Teen Leadership Summit, sponsored by the Union for Reform Judaism and the North American Federation of Temple Youth (NFTY).
View More