What I Learned From Researching My Family Tree 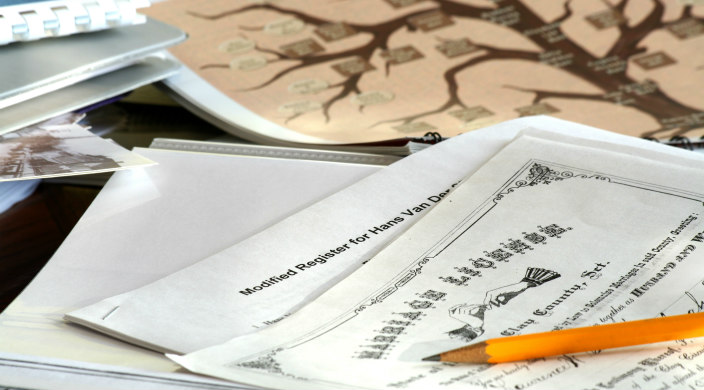 I love doing research. One project involved researching my house, built in 1907, and culminated with a centennial birthday party. My interest in Jewish genealogy goes back to 1992 and has evolved during the past decade, so when the house research project ended, the archive librarian at our local Urbana Free Library put me on the path to research my family history.

Surprised, I discovered that not everyone, not even all Jews, passed through Ellis Island in New York City. From 1855 to 1890, before Ellis Island opened as an immigration center, Castle Garden in New York welcomed millions into the U.S., many of whom were Jews. It was then closed and replaced by Ellis Island. More surprising to me, was that immigrants entered this land through other ports, including Baltimore, Philadelphia, New Orleans, and Galveston.

Aunt Judy, my dad’s sister, had explored their Doppelt lineage. That branch of the family emigrated from Poland to America during the years from 1889 to 1921, after which this country tightened its immigration laws. The Doppelts came through Ellis Island and other immigration ports, including Boston, and ultimately settled mostly in New York City and Chicago. Many of them were entrepreneurs who learned to speak English and started small businesses to support their families.

My dad’s mother and her family were Lerners. Though they stayed in Ostrog in the Pale of Settlement near Kiev in the Ukraine, a well-defined Jewish-populated area of Russia-Poland, their lineage was trickier to trace because Jewish European Lerners are about as common as Smiths in America. Unlike the Doppelts, not all Lerners are closely related. Our branch of Lerners immigrated through Halifax, Nova Scotia, and settled mostly in Chicago.

My mom knew much about her own family tree. Her dad’s side were Feigenbaums, who immigrated from Hungary-Austria in the late 1800s and settled in New York City and Cleveland. Mom said her Feigenbaum grandfather and great-grandfather were both rabbis, but as was common during that time, they were rabbis without congregations, which apparently was a carryover from the shtetls (small insular Jewish villages of Eastern Europe) in the years before massive emigration began in the mid-1800s and peaked around 1900. Mom’s father’s generation Americanized the name to Fagan, but they aren’t related to the most Fagans, many of whom are Irish and Christian.

Sokolofske was the surname on my mom’s maternal side of the family. I still haven’t located records of their voyage from Kiev to America, or specifically Omaha, where many of them settled. Omaha at that time was a major railroad and meat-packing town, but as far as I can tell, our folks weren’t involved in either of those industries. They, too, were entrepreneurial. Great Grandpa Henry operated a fruit stand, not unlike today’s food trucks, on a busy Omaha street corner. The Sokolofskes Americanized their name to Sokolof, with a few other similar spellings.

As far as I can tell based on all this research, I’m 100 percent Jewish, which was confirmed a few years ago, when I did direct-to-consumer DNA testing.

In 2011, I traveled on a group trip to Salt Lake City. Brigham Young had settled in there and developed it into a center for the Latter Day Saints, or Mormons. Genealogy is a big part of what Mormons do, and Salt Lake City is the center for some amazing records and archives. The Mormon volunteers were super helpful and respectful of our differences.

In recent years, I’ve continued my research, and even found a few famous folks in my lineage. Additionally, I’ve written numerous published articles on Jewish genealogy for newspapers, magazines, and online venues and have taught classes on the topic, including a class for the Hebrew school students at Sinai Temple in my hometown here in Champaign-Urbana, IL.

Jewish genealogy is fascinating, and there are an increasing number of online resources available since I first began my quest. I welcome readers’ comments about their own journey into their family’s Jewish past.

Debra Doppelt Karplus, a registered occupational therapist, is also a freelance writer who writes regularly for Advance for Occupational Therapy Practitioners, The Dollar Stretcher, Prime Life Times, and Grandparent Magazine, as well as travel articles for the News-Gazette. She is proud to be a longtime member of Sinai Temple of Champaign–Urbana in Champaign, IL, where she serves on the building committee, the chevrah kadisha committee, and has taught Jewish genealogy to the Hebrew school students. Visit Debra's blog

END_OF_DOCUMENT_TOKEN_TO_BE_REPLACED 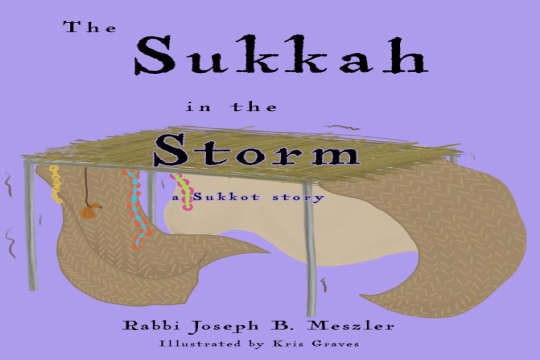