What It Means to Be Religious Zionists 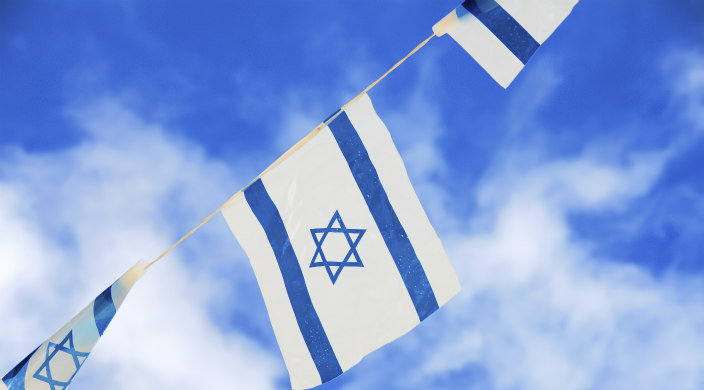 Only in Israel and nowhere else is the injunction to remember felt as a religious imperative to an entire people.
-- Yosef Hayim Yerushalmi

On May 14, 1948, David Ben Gurion proclaimed the State of Israel into being. The short ceremony as Shabbat ensued changed Jewish history forever, returning Jewish sovereignty to the Land of Israel and giving the Jewish people a nation-state.

However, Ben Gurion did much more than create a Jewish state. He also seized this rare opportunity to invent a new Jewish holiday, which hadn’t been done since the rabbis codified Hanukkah, Purim, and Tu BiSh’vat ages ago.

Ben Gurion envisioned that Israel’s Independence Day would be celebrated like biblical festival holidays such as Pesach and Sukkot, including a festive meal, readings from a holy text (in this case, the Megilat HaAtzmaut, Israel’s Declaration of Independence), and new liturgy designed specifically for this day. Israel’s chief rabbinate went to work right away to create a machzor for the occasion. A new edition, the first-ever English-Hebrew machzor for Israel’s national holidays, has recently been published.

These questions touch the core of defining how we view this day and how we view ourselves as Zionists: Do we celebrate Yom HaAtzmaut as a day with religious significance or do we treat it as a purely secular anniversary event?

I would strongly suggest that we should welcome Ben Gurion’s vision and embrace the anniversary as a chance to reinvent Judaism, including Jewish practice, ritual, and religious observance. As religious Jews, it is fitting that we mark this moment in modern Jewish history with prayers and liturgy. Doing so, we join the ranks of those who see religious significance in the State of Israel and identify our movement as one that understands the importance of prayer, liturgy, and ritual in people’s lives.

Yet we must be careful to integrate aspiration and celebration, not only saying Hallel, but also studying texts and history to better understand what we are celebrating, as well as praying that Israel fulfills its goals as laid out in its Declaration of Independence. Our movement has made it clear that Yom HaAtzmaut is to be observed as a day of religious significance. Our prayer books contain liturgy for the holiday, and we consider it a mitzvah (commandment) for Jews to mark Yom HaAtzmaut by participating in public worship and celebrating the bond between Jews in Israel and those living elsewhere. One of the responsum (a written response to a matter of Jewish law) issued by the Central Conference of American Rabbis (CCAR), the professional association of Reform rabbis in North America, states “services and celebrations have become the norm, the accepted minhag (custom) in our congregations and communities.”

As religious Zionists, we continually reinvent what it means to be Jewish in the Jewish State. For example, we have created two new versions of the Al HaNisim prayer (showing gratitude for miracles) that maintain the liturgy’s traditional framework, but suggest alternate language and narrative for our day.

Day in and day out our Israeli Reform rabbis, lay leaders, and educators continue Ben Gurion’s work: to build the Jewish State even as they and everyone they reach are built by it. The Reform Movement in Israel leads the way in reinventing an Israeli Judaism that is authentic, inclusive, and ever-adapting to our evolving religious civilization. In every congregation and every beit midrash (house of study) from Kiryat Shmona to Beer Sheva we are finding new meaning in our modern Hebrew creativity and wrestling with the religious implications of our sovereignty.

On this Yom HaAtzmaut, may we recite Hallel, the ancient words of praise; give thanks for the modern miracles of our time; and together, build for our future.