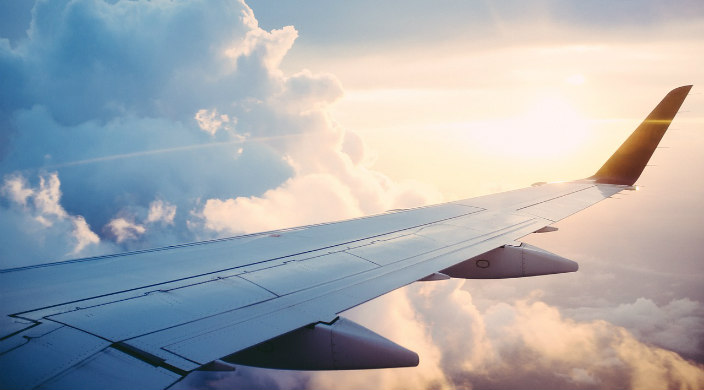 In May 1967, I was 16 years old, eagerly anticipating leaving for Israel in July for my semester abroad with NFTY-EIE (now URJ Heller High). It was still a relatively new program at the time, having been founded in 1961, and our rabbi had recommended the program to my parents. Our family was very involved in our congregation (Vassar Temple in Poughkeepsie, N.Y.), and my parents thought it would be a wonderful and enriching experience for me.

I was one of those kids who’d liked Hebrew School and had continued until ninth grade; we’d studied Mekilta and other Jewish texts together for several years. I’d been a camper at URJ Eisner Camp, a Jewish summer camp in Great Barrington, MA, since the age of 9, and I was an active youth grouper.

At the rabbi’s suggestion, my parents made arrangements with my high school for me to study in Israel for the first semester of eleventh grade. I was excited and probably a little anxious, but my parents had already planned their first trip to Israel while I would be there. So had my grandmother, who’d never traveled outside of the United States.

Mid-May, alarmed by the rising tensions between Israel and her neighbors, the Union of American Hebrew Congregations (now the Union for Reform Judaism) made the decision to send the entire EIE cohort to URJ Kutz Camp in Warwick, N.Y., until the situation resolved itself one way or another. I spent that first week in June of 1967 glued to the television, as, I’m sure, did everyone else who was planning to go on EIE in July – along with Jews around the world, of course. Heaving a sigh of relief at Israel’s victory, I finished my tenth-grade year at Poughkeepsie High School and packed for camp.

Our experience at Kutz was great. We had intensive daily Ulpan (Hebrew immersion class) and seized the opportunity to participate in all of the activities at camp. One Shabbat, they asked who had not had a bat mitzvah ceremony – and a week later, I read Torah for the first time, a portion I still remember: parashat Pinchas, about the daughters of Zelophehad.

Arriving in Israel in mid-August, my new classmates and I each settled in with our host families, started to learn our way around our respective cities, and continued with Ulpan until school started. I was one in a small group that lived in Tel Aviv; the rest of the group was in Haifa. We lived with Israeli families and attended Tichon Hadash, an excellent high school. The experience was true immersion in school and in Israeli life. We took almost all of the courses that eleventh grade students in Israel took, but I was exempt from chemistry because I wasn’t going to take it at home. My Israeli sister was in Tzofim (scouts), and I participated along with her.

My Israeli family lived in Tzahala, and we would all stand at the entrance to the neighborhood and “hitch” to school. Israeli military leader Moshe Dayan drove by and waved. Yitzchak Rabin, whose daughter was standing there, too, sometimes stopped and picked us up. My Israeli family only spoke Hebrew with me, even though they were fluent in English. By the time I left Israel in early January, my verbal Hebrew was quite fluent, and I could read on a middle-school level.

I remember the mood in Israel as being optimistic and positive. Our first visit to Jerusalem and to the Western Wall was amazing; there was a sense of incredulity that we could enter the Old City and see it in person. Walking through the narrow streets, we reached the Kotel, where, unlike today, it was simply there – houses standing very nearby, no security, and no separations of genders. We wandered through the Old City, going to every quarter, visiting both the Dome of the Rock and Al-Aqsa Mosque on the Temple Mount. Everything in the Old City was open and welcoming. It was, quite simply, an amazing time to be in Israel.

Studying abroad in Israel impacted my life in so many ways. I returned home in love with Israel and Judaism, knowing that I wanted to pursue a professional life that kept me connected to both. As I finished high school and went off to college, I remained committed to that goal: Graduate school found me at the Rhea Hirsch School of Education, where I became a Jewish educator. I know of two others from my 1967 cohort who also became Jewish professionals – both rabbis.

Though the NFTY-EIE program has changed greatly over the years, including a recent name change, it is still inspiring teenagers to love Israel in ways that can only happen by living there. 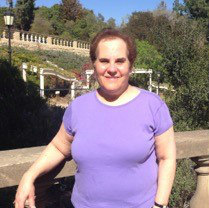 Karen Lipschutz Goodis graduated from the Rhea Hirsch School of Education at Hebrew Union College-Jewish Institute of Religion in 1976. She served several different congregations as their educator in Toronto, Ontario, prior to retiring in 2015. She is an active member of Temple Har Zion in Thornhill, Ontario, and an adult educator and a shomeret (attendant) of the Reform Mikvah of Greater Toronto.

END_OF_DOCUMENT_TOKEN_TO_BE_REPLACED

On June 3, 1972, Rabbi Sally Priesand was ordained by Hebrew Union College-Jewish Institute of Religion as the first woman rabbi in North America. To celebrate this milestone in Jewish and American history, HUC's Dr. Bernard Heller Museum in New York partnered with The Braid's Story Archive of Women Rabbis in Los Angeles to create the exhibition "Holy Sparks," presenting 24 ground-breaking women rabbis who were "firsts" in their time.
Jewish Life Around the World
Image 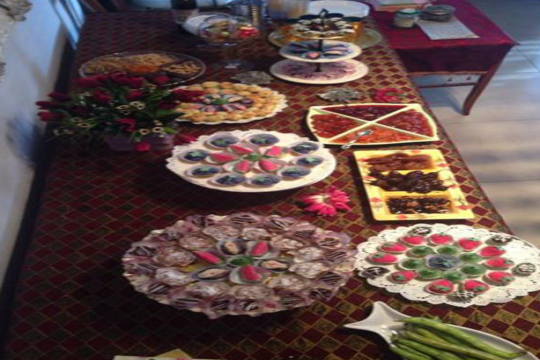 In honor of the upcoming holiday of Mimouna, celebrated by Moroccan Jews at the end of Passover, we sat down with Gal Andres (she/her/hers), 33, who shared her favorite Mimouna celebrations and traditions.
Israel
Image