What Rainbows Teach Us About Humanity 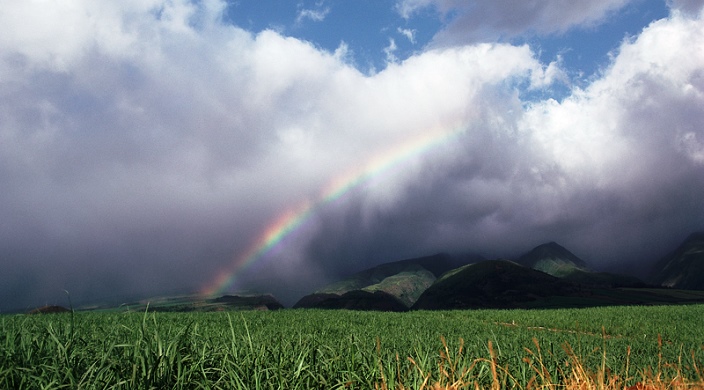 I do not remember many specific lessons from my elementary school experience, but the mnemonic devices we were taught have stuck with me. For the four directions of the compass, I always recall "Never Eat Soggy Weetabix" (for those of you not from Britain, Weetabix is a rather odd British cereal) and "Naughty Elephants Squirt Water." For the colors of the rainbow, I have never forgotten: "Richard Of York Gained Battles In Vain," or my teacher Mrs. Rose’s own creation: "Run Over Your Grandma Because It’s Violent" (it’s a little peculiar, but it clearly worked as a memory tool).

The mnemonic device is useful for learning the order of the colors of the rainbow, but knowing the colors and actually seeing a rainbow is something completely different. Often when we see a rainbow we are stopped in our tracks and have to take a moment to appreciate the beauty of what we are witnessing. Whenever I see a rainbow I feel compelled to stop, but I also feel that I need to tell everyone nearby so that they also get a chance to witness the beautiful colors created by nature.

In this week’s Torah portion, Parashat Noach, we have our first recorded rainbow, as God offers it to Noach as a symbol of their covenant: ‘I set my rainbow in the cloud, and it shall be for a sign of a covenant between me and the earth’ (Genesis 9:13). There was something redemptive about that first rainbow and all it represented. The flood, which Noach experienced, was a cataclysmic event, which brought the earth to the brink of destruction. Noach, his family, and the animals from the ark, were the surviving remnant of a destroyed planet.

Having saved Noach and his family, God enters into a new covenant with humanity. This includes the prohibition against eating live flesh (Genesis 9:4), the law against shedding another person’s blood (Genesis 9:6) and the instruction to be fruitful and multiply (Genesis 9:7). The rainbow is a reminder of the covenant which God and Noach entered into, not just for us, but also for God, who will see the rainbow: ‘And I will remember my covenant, which is between me and you and every living creature of all flesh’ (Genesis 9:15).

We often focus on the covenant between God and Abraham (mentioned from Genesis 15:18), as this is our particular birthright as Jews. We often forget that there was first a covenant with all of humanity, and no particular group or religion. In Mishnah Sanhedrin 4:5 we are told that the entire world was created from Adam so that no person would say my father was greater than yours. Just in case there was any doubt, the story of Noach provides the same function, so that we are all descended from Adam and Eve, through the line of Noach.

The Torah makes a wonderful statement about God’s relationship with all of humanity by asserting a universal covenant before focusing on a specific one. God is in a relationship with all human beings, not one or other specific religious or ethnic group. And the rainbow is the perfect symbol to represent that covenant.

The rainbow brings together seven different colors, creating a whole, which is significantly more spectacular and beautiful than the sum of its parts. It is representative of the different elements which make up the human race. We come in all shapes, sizes, colors, creeds, religions and races. Each group possesses an individual beauty, but it is together that humanity is truly spectacular and awe inspiring.

I know that whenever I see a rainbow I am frozen in my tracks, stopping to admire the beauty of God’s creation. We don’t get to see them every day, and the weather conditions have to be just right to create one; but there are few things in nature as beautiful as the rainbow, and there are few things in the world as beautiful as humanity coming together in love and unity. 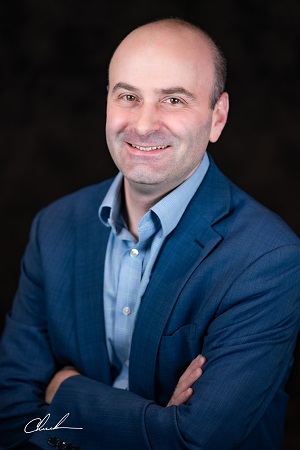 Rabbi Danny Burkeman (he/him) is the Senior Rabbi at Temple Shir Tikva in Wayland, MA where he works to make Judaism relevant for the modern world. He was a member of the inaugural cohort of the UJA Federation of New York’s Rabbinic Fellowship for Visionary Leaders and a CJP Chai in the Hub Recipient. He is married to Micol Zimmerman Burkeman, a Jewish Educator and Executive Coach, and together they are the very proud parents of Gabriella Liat and Benjamin Micah.

END_OF_DOCUMENT_TOKEN_TO_BE_REPLACED

When I became rabbi of Monmouth Reform Temple in Tinton Falls, NJ, I quickly discovered that some people in our community thought we were a church. Mail was addressed to “Monmouth Reformed Temple,” and letters were addressed “Dear Pastor.”
Torah Study
Image

In the beginning God created the heavens and the earth. The earth was unformed and void, and darkness was upon the face of the deep; and the spirit of God hovered over the face of the waters. God said: “Let there be light.” And there was light.
View More