What the Torah Can Teach Us about the #MeToo Movement 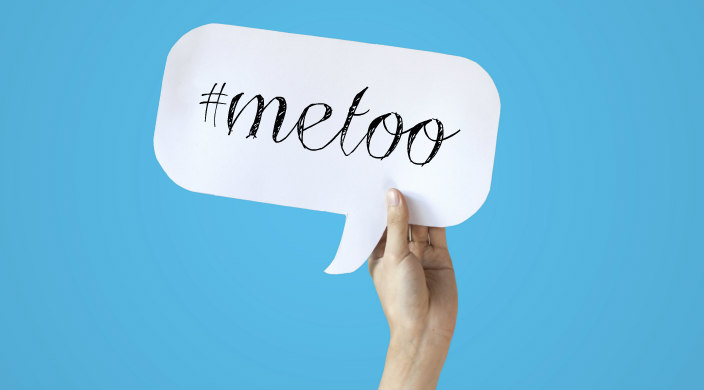 What about the recent parashah, Vayeishev?

To recap: Judah, son of Joseph, chooses a wife, Tamar, for his eldest son, Er. Unfortunately, this marriage is short-lived. God considers Er wicked, and he is killed. Under Biblical law, Tamar then marries Er’s brother, Onan. He too is deemed wicked, and he also dies.

Tamar, twice widowed, is vulnerable and in need of protection. Judah says to her: “Stay as a widow in your father’s house until my third son, Shelah, grows up.” Tamar does as he commands, but Judah fails to fulfill his promise.

Angry, Tamar dresses as a prostitute and has sex with Judah in exchange for his signet seal, cord, and staff. She becomes pregnant, but Judah does not realize that he is the father. Instead, he is so incensed at her pregnancy that he demands she be burned alive as an adulterer.

Judah’s behavior is the reason we want to forget this story. He is the arbiter of Tamar’s fate. He decides when she can marry and when to withhold a husband.

Tamar lacks agency and control; unable to legally advocate for herself, she uses her body because it is her only means of support. Judah does not think twice about having intercourse with a prostitute, but when he hears of Tamar’s pregnancy, he demands her death.

Some role model Judah is.

And yet, this story can also inform us.

Today, we are grappling with male sexual abuse, misuse of power, and inappropriate conduct on a daily basis.

Through the #metoo movement, we have learned about politicians, actors, producers, news anchors, businessmen, musicians, professors, and everyday individuals who assert power through sexual violence.

To name a few examples from my life:

In my first job out of college, a much older male employee, who had daughters close to my age, repeatedly propositioned me. Although I clearly rejected his advances, he did not stop. Luckily for me, he was my employee, not my employer, so I fired him for his behavior to me and other women.

I think, too, about the men on the streets of Jerusalem who, like Judah, tried to negotiate a price with me as I hurried to class on hot days in my first year of rabbinic school.

And I think about all of the catcalls I receive when I run, whether it be summer or in the middle of an Ohio winter.

I am grateful that my experiences have not been worse, but I resent my feeling of gratitude. The constant backdrop of harassment in our society is not OK, either.

This is why the #metoo moment is so remarkable. Accusations no longer fall on deaf ears. TIME magazine named the silence-breakers its Person of the Year. Prominent men are losing their jobs for behavior once considered acceptable.

We do not know where this moment will lead, but we know it is a moment of possibility.

As you recall, we left poor Tamar at the stake. Awaiting her death, she cries, “Let the man who made me pregnant acknowledge his signet seal, cords, and staff.” Judah recognizes his belongings and belatedly realizes his wrongdoing: “She is more right than I, for I certainly did not give her to my son Shelah.”

Let’s repeat the most important phrase: “She is more right than I.”

Judah learns. He tries to make amends and ensure that Tamar and their child are looked after. He admits his wrong. Judah is an abuser, but he also learns repentance and humility.

What would our world look like if people accused of wrongdoing apologized in this way?

Despite the power imbalance, Tamar demands a better future for herself and her child. Judah learns the consequence of his abuses and changes his behavior. He listened to Tamar and admitted that she was right.

Tamar and Judah can help us make everyday decisions that are framed by silence-breakers. We can choose not to vote for abusers. We choose not to watch movies and TV shows or listen to music made by sexual predators. We can spend our money at businesses whose leaders do not have a history of allegations against them.

And always, always, we can demand the right to be treated fairly, humanely, and respectfully. 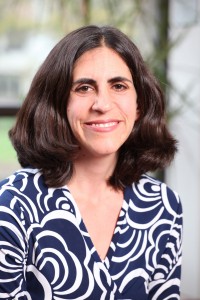 Rabbi Jordana Chernow-Reader is the rabbi-educator at Anshe Chesed Fairmount Temple in Beachwood, OH. She grew up in the Los Angeles area and was ordained in 2010 from Hebrew Union College – Jewish Institute of Religion in Los Angeles. She earned master’s degrees in Jewish education and Hebrew letters from HUC-JIR, a master’s in political science from the University of Edinburgh in Scotland, and a bachelor’s degree from Pitzer College in Claremont, CA, in political and environmental studies.