What Tu BiShvat and Sam the Pickle Man Have in Common 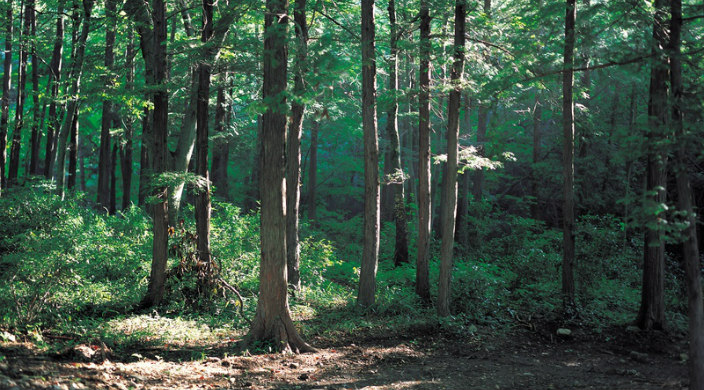 In Joan Micklin Silver’s 1988 cinematic gem, “Crossing Delancey,” the actor Peter Riegert portrays Sam, the humble mensch and pickle man who woos Amy Irving’s snobbish but sympathetic character, Izzy. So excited about the promise of a long-awaited date with her, Sam confesses, he uttered the Hebrew blessing for planting trees. This line has always melted my heart, although, in fact, there is no such blessing.

Because blessings release divine gifts into the human realm, the ancient rabbis did compose a blessing to mark the exact moment we appreciate trees in bloom for the first time each spring: Baruch ata Adonai Eloheinu Melech haolam sheh-lo chee-sahr b’olamo kloom u’vara vo beriyot tovot v’ilanot tovot l’hanot bahem b’nai adam. (Blessed are You, Eternal Sovereign of the Universe, Who has made a world which lacks nothing, and Who has fashioned wondrous creations and fruit trees of goodness for humans to enjoy.)

In Israel, that moment of appreciation is now, but here in the Northern Hemisphere, we celebrate Tu BiShvat, the new year of the trees, during a bleak, cold season. Bereft of blossoms or leaves, the trees, poking out of the dull, ice-covered earth, appear asleep if not dead. Despite their appearance, though, sap is rising in these much-alive trees, true miracles of nature.

Scratch the surface a bit, and you’ll find that even though both Sam and Tu BiShvat are somewhat mundane and predictable, they also are filled with wisdom, poetry, hope, and faith.

Tu BiShvat, originally one of four different new years on the Jewish calendar, was a fiscal marker or an accounting construct to separate earnings from one year to the next on fruit grown on trees. Later, when Jews ceased to be farmers in their homeland, the festival took on new, symbolic features and meanings.

Poetry surrounded the metaphor of the Tree of Life, and mystical connections grew around the custom of eating distinct types of fruit on Tu BiShvat: higher levels of holiness for more exposed fruits such as grapes, and lower levels of spirituality for nuts with tough, inedible shells. The festival also became associated with the seven species of fruits and grains grown in the Land of Israel and mentioned in the Torah – wheat, barley, grapes, figs, pomegranates, olives, and dates – and Zionists celebrated the value of working the soil of the Jewish homeland to grow them.

Likewise, in “Crossing Delancey,” Sam works diligently to transform the lowly cucumber into a crunchy, spicy treat, repeatedly dipping his hands into brine-filled bins and later soaking them in vanilla to remove the scent of garlic and vinegar. Complementing his work ethic is his devotion to his family, his respect for his Jewish heritage, and his unending faith that love will bloom.

Like Sam, Tu BiShvat, originally a modest and practical day on the Jewish calendar, also teaches us important lessons. In the depth of winter, the holiday reminds us to appreciate the natural world that sustains us and helps us value our connection to the land of Israel. Although it is too early in North America to recite the blessing over blossoms, on Tu BiShvat, as we mark a day for planting seeds for future blessings, we can say appropriate blessings as we sample various nuts and fruits that are gifts from the trees.

This year on Tu BiShvat, as you enjoy fruits and nuts (and maybe even a pickle or two), listen for the echo of the voice of Isaiah the Prophet as he rejoices and celebrates the trees: “The mountains and the hills shall break forth before you into singing, and all the trees of the field will clap their hands” (Isaiah 55:12).