What Would Isaiah Say About Israel's Efforts to Make Peace? 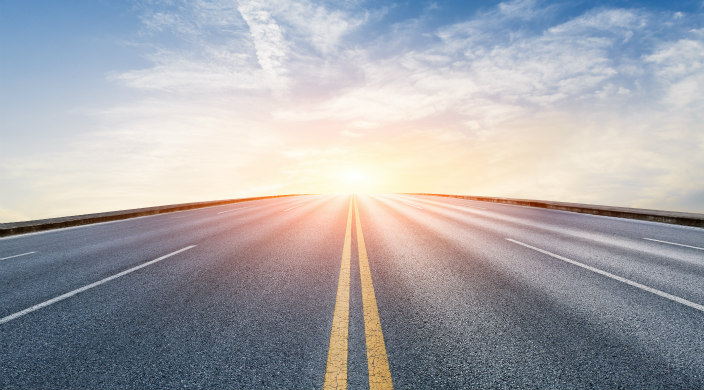 The prophet Isaiah, having witnessed the destruction of his homeland, ancient Israel, famously offered the world a compelling vision of peace:

And they shall beat their swords into plowshares
And their spears into pruning hooks:
Nation shall not take up
Sword against nation;
They shall never again know war….

Isaiah continually seeks to remind his beleaguered people not to lose faith. The mission statement of the Jewish people to be a “light to the nations” (Isa.42:6) has not expired. Indeed, this is the only path forward in our fearful and violent world.

Admittedly, Isaiah’s vision might seem overly optimistic, perhaps even naïve. After all, are we any closer now to having “the wolf and the lamb…graze together” than we were thousands of years ago? The path to peace is as troubled in modern Israel as it was in ancient Israel. Since the state’s founding, the nation has fought five major wars, numerous battles, and countless uprisings.

And yet, peace may not be as illusive or elusive as we might think. Sometimes it comes from the most unlikely places.

In November 1977, Egyptian President Anwar el-Sadat shocked the world by announcing: “I am ready to go to the end of the world to get a settlement. I am even ready to go to Israel, to the Knesset, and to speak to all the members of the Israeli parliament there and negotiate with them over a peace settlement.” Sadat predicted that the Israelis would be stunned by his offer, and they were. But to his and all of Israel’s credit, the newly elected Prime Minister Menachem Begin, known for his right-wing and hardline political views, welcomed the man who only four years earlier had launched the bloodiest war in Israel’s history.

I was living in Jerusalem that year, and I will never forget the euphoria of the moment. When the peace negotiations floundered, President Jimmy Carter brought Begin and Sadat to Camp David, and on March 26, 1979, a peace agreement was forged that has lasted for the past 40 years. Begin, who, along with Carter and Sadat, was later awarded the Nobel Peace Prize, shared his own vision of peace in his address at the signing of the accords on the White House lawn:

The ancient Jewish people gave the world the vision of eternal peace, of universal disarmament, of abolishing the teaching and learning of war. Despite the tragedies and disappointments of the past, we must never forsake that vision, that human dream, that unshakable faith. Peace is the beauty of life. It is sunshine. It is the smallest of a child, the love of a mother, the joy of a father, the togetherness of a family. It is the advancement of man, the victory of a just cause, the triumph of truth. Peace is all of these and more, and more. Now is the time for all of us to show civil courage in order to proclaim to our peoples, and to others: no more war, no more bloodshed, no more bereavement – peace unto you. Shalom, Salaam – forever.

Israeli Prime Minister Yitzhak Rabin and Jordan’s King Hussein signed a similar treaty in 1994. It, too, has survived the test of time.

Yitzhak Rabin and Shimon Peres, along with Yasir Arafat of the Palestinian Liberation Organization, signed a peace agreement the same year, for which they too were awarded the Nobel Peace Prize. That agreement, however, has not fared as well; Israelis and the Palestinians have yet to find the path to peace.

On the 70th anniversary of the State of Israel, let us be thankful for what peace we have achieved against unimaginable odds, and let us rededicate ourselves to realizing Isaiah’s grand vision. I imagine Isaiah saying:

All my long life, my people and my country have known only violence and bloodshed… I tremble knowing there is more…. Yet woe is the one who thinks the children of the covenant are forsaken. A time of peace will come.

Isaiah refused to be a pessimist about peace. Enemies can become allies. Out of darkness can come light. The path forward is somewhere to be found, and it is up to us to find it.

Rabbi Barry L. Schwartz is the author of Path of the Prophets: The Ethics-Driven Life.