What’s Sephardic About the High Holidays? 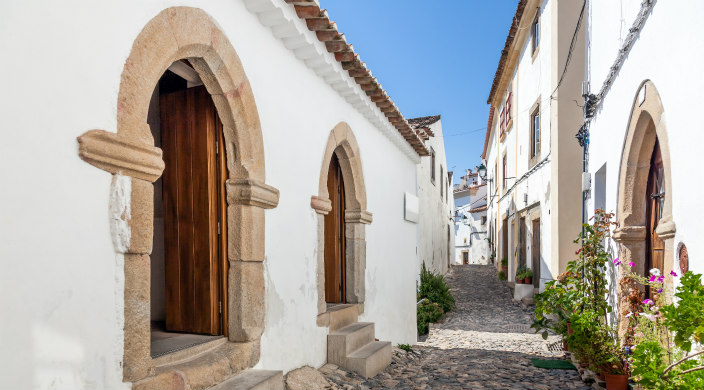 What do dates, pomegranates, apples, spinach, squash, pumpkin, beets, scallions, and maybe even, the cheek meat of a fish have to do with Rosh HaShanah?

They are all part of the traditional Rosh HaShanah seder, which begins the festive holiday meal for Sephardic Jews. A seder, an order, to the start of the Rosh HaShanah meal? Yes!

The seder custom originated as a play on words. The Hebrew name for each food of the seder relates either to Hebrew words that express our desire to be blessed with a sweet New Year or to the Hebrew phrase y’hi ratzon (may it be Your will) as it is our hope that God will bless us with goodness peace, freedom, and ease.

The term, “Sephardic” comes from the Hebrew word, “Sepharad” meaning Spain and Sephardic Jews are Jews from Spain and Portugal although today we use the term to also include Mizrachi Jews, Jews from Northern Africa and the Middle East. During the Middle Ages, the Jews in Spain who were living under Muslim rule, were afforded the freedom to explore and develop Jewish culture and thought and they did so through theology, philosophy, art, music, language, food, poetry, and prayer. This period, The Golden Age of Spain, saw Judaism flourish and to this day, continues to influence and inform Jewish practice and thought.

This summer I had the good fortune to work with teenagers in the arts unit at URJ Olin Sang Ruby Union Institute (OSRUI), a Reform Jewish summer camp, where our theme was the Golden Age of Spain. It was remarkable to teach our own teenage musicians, poets, actors, and artists about a time in our history when we were encouraged to explore Judaism with the freedom and passion our Sephardic ancestors had and shared with the world.

The result of our summer together was a stunning demonstration of how each of us might experience our own connection to Judaism, God, Torah, and Israel if given complete freedom and acceptance.  Our campers took the sounds, smells, tastes, sights, and feel of the Golden Age of Spain and infused it into their own art, drama, and music studios creating a stunning tapestry of legacy, presence, and hope. As we explored both the similarities and differences in the culture and tradition of Ashkenazi Jews, Jews primarily from Germany, France, and Eastern Europe, and the Sephardim, many of us began to relate to our own history through the lens of possibility and potential.

When the Golden Age of Spain ended, and the Jews were expelled from Spain in 1492, many went to the Jewish communities in Northern Africa and the Middle East and eventually made their way to America. Sephardic Jews were among the very first Jewish settlers of North America and in 1684, founded the first Jewish congregation in North America, Congregation Sherith Israel which to this day, remains a vibrant synagogue in New York City.

Indeed, the color and vibrancy of Sephardic Jewry has made inroads into most every segment of the Jewish people today. One of my favorite examples of this influence is the addition of the piyyut, a short liturgical poem, Adon HaSelichot, Master of Forgiveness, to the High Holiday liturgy in many congregations. Once sung only in Sephardic shuls on Yom Kippur, this 11th-century acrostic poem, is now also sung in Ashkenazi-influenced synagogues as well. The melody of Adon HaSelichot, like many other Sephardic High Holiday liturgical melodies is upbeat, even joyful as we seek God’s forgiveness, asking for mercy and another year of life.  We sing, “Adon HaSelichot! Master of Forgiveness, we have sinned before You! Have mercy on us!”

Although sung on a solemn, somber day, the upbeat melody reflects a recognition of our blessings and great love for life.

This year at my High Holiday table, we will have a Rosh HaShanah seder, asking God’s blessing on our home and our lives and we will add a measure of joy to our penitential prayers of t’shuvah as we seek to enter the New Year of 5779 with a renewed sense of purpose, gratitude, and awareness.

Anyada Buena Dulse i Alegre. May you have a good, sweet, and happy New Year.

To learn more about the meaning of some traditional Rosh HaShanah foods in the Sephardic community, check out On Rosh HaShanah, There’s More to Eat Than Apples and Honey, as well as this new cookbook, The Rosh Hashanah Seder Cookbook: Stories & Recipes from the Reform Jewish Community of Madrid, designed to teach people about this ancient tradition and, for those who are interested in organizing their own seder, offers recipes and tools to do so.

Rabbi Lisa Sari Bellows, a CLAL Rabbis Without Borders Fellow, was ordained from Hebrew Union College-Jewish Institute of Religion (HUC-JIR) in 1998 and is the senior rabbi of Congregation Beth Am in Buffalo Grove, IL. She teaches Jewish yoga, leads Shabbat meditation, and serves on the editorial board of the CCAR Journal. She tweets @LisaBellows and blogs at Ayin Tova: To See the Good.

END_OF_DOCUMENT_TOKEN_TO_BE_REPLACED 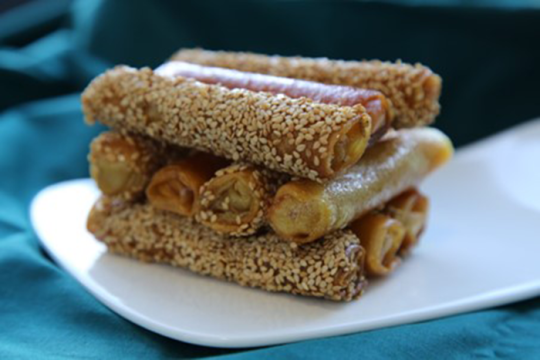