Why Are Reform Institutions in Israel Important to Us? 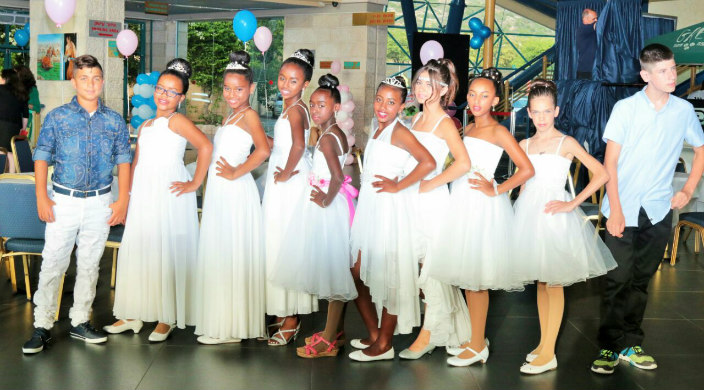 On a recent visit to the Leo Baeck Education Center in Haifa, I was reminded yet again about how the vibrant Israeli Progressive Jewish community is the proverbial jewel in the crown of the Jewish state. If newspapers or other media outlets are your primary source of information about Israel, it’s easy to miss the extraordinary work of the Israel Movement for Reform and Progressive Judaism (IMPJ) in general, and the Leo Baeck Education Center in Haifa in particular.

Benjy Maor, Leo Baeck’s dynamic director of development and diaspora Israel relations gave me a comprehensive tour of the campus that houses Leo Baeck’s elementary and high schools and community center. The campus also serves as the hub for collaborations, programs, and relationships that Leo Baeck has developed and nurtured within Haifa’s very diverse neighborhoods. I soon lost count as to how many times Benjy used the term “shared society,” it’s such a fundamental value to the work at Leo Baeck.

Established in 1938 as a kindergarten for children fleeing pre-war Europe, the school’s first director Rabbi Dr. Meir Elck, himself a student of Rabbi Leo Baeck, established the institution in the spirit of his teacher’s liberal Jewish philosophy, beliefs, and training.

The education center’s website outlines its philosophy and mission as a pluralistic institution that serves all Israelis regardless of religion, culture, or background. The center’s values embody the spirit of progressive Judaism, Zionism, democracy, shared responsibility, and tikkun olam (repair of the world). An agent of social change in Haifa and Israel, Leo Baeck is committed to pursuing academic excellence,  strengthening ties with Jewish communities throughout the world, teaching love of Israel in the spirit of the Jewish state’s founding vision, and striving for the practical implementation of that vision educationally and socially.

Whenever people ask me how they can support Israel in light of… – finish the sentence by selecting from among any number of issues: occupation, discrimination, religious inequality, conversion, Israel Diaspora relations – I always direct individuals to the significant work happening on the ground within Israeli society that adds an important alternate perspective to the media’s often negative narratives about Israel. Leo Baeck Education Center provides strong examples of what Israel looks like from within – when you focus your lens on the positive forces for social justice and social change operating inside Israeli society.

My short visit to Leo Baeck only touched the surface of all that this impressive institution is doing to serve Israeli society, including integrating students with autism spectrum disorder into its mainstream education system, jointly hosting with an Arab school the country’s only Peace Drums Project, offering programming that develops understanding and respect among and between Haifa’s diverse citizenry, and so much more.

It also strengthened my understanding of the importance the Reform Movement plays in ensuring a democratic, Jewish Israel. Leo Baeck is but one institution in the IMPJ; there are many others – both in the limelight and under the radar. High turnout by North America’s Jews in the upcoming World Zionist Congress (WZC) elections in 2020 will positively affect Israel’s national institutions that provide a voice for global Jewry on the issues dearest to us – pluralism, equality, economic justice, and peace. Positive election results also will ensure continued support and funding from those national institutions to the Reform Movement in Israel.

Rather than distance ourselves from Israel, The Leo Baeck Education Center in Haifa offers a positive and inspirational example of how we can live and work to better our communities and our world based not only on the principles of Progressive Judaism, but also on Jewish values. How better to feel connected to each other than through our shared values? Next time you are in Haifa, I urge you to visit Leo Baeck to observe first-hand what it looks like to build a shared society.

Learn more about the upcoming WZC elections and why your vote is critical.