Why I’m Going to Israel for Women of the Wall 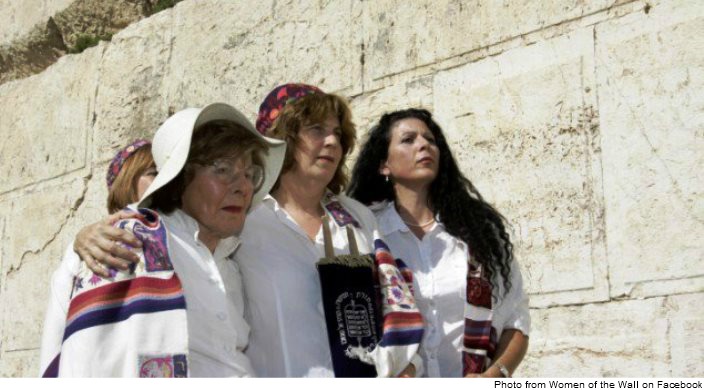 I am packing for Israel, after a long time away. Like nearly all Reform rabbis, I spent my first year of the rabbinical program in Jerusalem, learning firsthand what life is like in the Jewish state: beautiful, complicated, ordinary, and above all else, profoundly Jewish.

There were good reasons why I have not been there recently: the completion of a degree, family responsibilities. After a while, it seems, this very act of not going can become its own habit: You think of other priorities, other needs.

When I started writing my Yom Kippur sermon about Israel this year, I did not think that I was going to be there any time soon. Yom Kippur marked the 40th anniversary of the Yom Kippur War, and certainly a few words were in order, even if the subject can become fraught in a North American synagogue, where the congregants are not of one mind on this matter and emotions run deep. How to proceed? I wrote a sermon about my first time in Israel, as a convert and a rabbinical student, uncertain about what the year might mean for me: how I fell in love with a country and why it is still a place where I struggle with my outsider status. And why I support Women of the Wall, an organization whose mission is to achieve the social and legal recognition of women's right to wear prayer shawls, pray, and read from the Torah at the Western Wall.

Israel was founded on a Zionist narrative forged in Europe: We will not be accepted, not now and not ever. Jews should have a state like all other states, a people like all other peoples. That narrative speaks the truth of that context: "Imagine," an Israeli diplomat once told me, "if Israel had been founded 10 years earlier. Imagine all of the lives we could have saved." Imagine.

But the North American experience has been profoundly different. Though my own narrative is not something that makes sense in the heat of the consuming fire of the Holocaust, it is rather unremarkable here: A bookish and brainy girl, nominally Protestant, falls in love with a Jewish boy in college, studies with a thoughtful rabbi, converts, and finds a new life purpose in serving the Jewish people. In my case, I have not only become a rabbi but have also earned a PhD in Jewish Studies. These days, I lead a congregation in northern New York and teach college undergraduates.

To be sure, there will be people who read my post and dismiss me as a pretender: "Real Judaism is not what is practiced by converted female reform rabbis in North America." Let me explain, then, what is really at stake here. In the US, where the congregants vote with their pocketbooks, the Reform community is the largest. The two largest liberal denominations (Reform and Conservative) account for more than 50% of the US Jewish population, according to the most recent Pew report.

In Israel, however, the dominant form of religious observance has been Orthodox, and an increasingly rigid orthodoxy at that. Israel follows the European model, in which religious institutions receive funding from the state, and only the Orthodox can count on that funding.

Though the Israeli Supreme Court has ruled in favor of funding Reform rabbis, that ruling has yet to be implemented because orthodoxy in Israel is opposed to recognizing liberal forms of Judaism for both theological and financial reasons. We are (rightly) viewed as a threat to their livelihood.

The place where this struggle for resources is most visible is in the area of  women’s rights.

Women have been increasingly silenced in Jerusalem and in areas where the ultra-orthodox are dominant. Women have been removed from advertisements, from radio, from panels about women’s health.

Why would women be targeted like that? After all, it is possible to be a fully traditionally-observant Jew without oppressing the rights of women. It is not the weight of our tradition that is necessarily forcing these increasingly-narrow interpretations of the role of women. These rabbis are, in fact, introducing innovations whenever they make Judaism less hospitable to women.

Rather, the role of women is one of the most visible boundary-issues dividing the most traditional forms of Judaism from the more liberal forms. That is to say, suppressing women is not the purest expression of Judaism; it is, rather, the most effective way to reinforce the power of the ultra-orthodox.

And that is why I am packing my bags. The Women of the Wall is an organization that challenges this silencing of women. They are seeking to give voice and presence to female prayer. And they have braved insults and violence to do so.

As I wrote my Erev Yom Kippur sermon, advocating the goals of the Women of the Wall, it became increasingly clear to me: I needed to be there, too. I needed to demonstrate in voice and in presence, that the ultra-orthodox vision of Judaism is just one small slice of a much larger, more colorful, and more inclusive whole.

Rabbi Kari Tuling is the rabbi of Temple Beth Israel in Plattsburgh, NY.