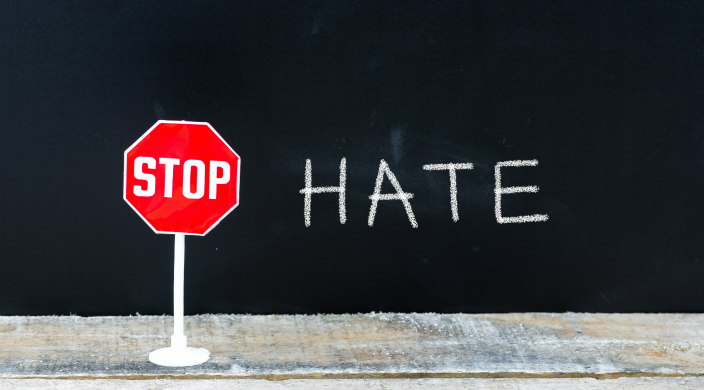 One year ago this week, a group of Nazis marched through Charlottesville Virginia. (You may call them “white nationalists,” “white supremacists,” “alt-right,” or what-have-you, but “Nazis” works for me.) They followed another group of Nazis and a march of KKK members who were attempting to reclaim the small college town for white racists, targeting Jews, African Americans, and other minorities with signs, lit torches, violence, and, ultimately, a tragic death that occurred when one of them killed a protester with his car.

A year ago, reflecting on all this, I urged people to consider the fact that this could have happened in their own towns – and might still happen there. I wrote that it could well be the start of something profoundly worrying for American Jews.

I was wrong on several fronts.

Post-Charlottesville, we haven’t seen mass rallies by armed anti-Semites and racists in small towns around the country. Follow-up events in other cities have been regulated to avoid the carrying of weapons or lit torches, and various lawsuits aimed at the organizers of Charlottesville’s Unite the Right rally have been successful insofar as we’ve seen a raft of guilty pleas, consent decrees, and other legal bulwarks against a repeat performance of Charlottesville in other cities. (That said, there are still rumors of events in Charlottesville itself to commemorate the anniversary of last year’s atrocity).

And Charlottesville itself is still in pain, working through city government and police reform issues that lay bare the structural problems that long predated August of 2018. And plans to replicate the August 12 rally with an event opposite the White House this year are on track, an event for which a permit has been granted, as of this writing.

Maybe that’s the best metaphor for the anniversary of one of the most frightening acts of anti-Semitism of 2017: After the President declared that there were “very fine people” on both sides – a claim he continued to make long after a massive backlash ensued – white supremacists and anti-Semites were emboldened to consider themselves supported by the White House, where they will gather this year.

An uptick in Anti-Semitism was the inevitable byproduct. White supremacists continue to crow that their numbers have ballooned under Trump, and attacks on Jews, synagogues, and people of color continue to rise. But because Charlottesville increasingly looks like rock-bottom – the one-off Kristallnacht never to be repeated – it’s created a paradoxically new paradigm: Any act of anti-Semitism that doesn’t involve flaming torches, Nazi salutes, and physical violence starts to look benign by comparison. I mean hey, at least it’s not Charlottesville….

After Charlottesville, the question we obsessively asked was whether such marches and violence would become the new normal. It is heartening to see that, despite the failure of the president to deplore and decry armed white nationalist rallies in unequivocal terms, a rash of copycat rallies have not been planned, and that, as a result of the Charlottesville event, its organizers and participants have lost jobs, prestige, and military positions; entire organizations have been disbanded. In the grandest scheme of things, the scorecard pretty much nets out to Nazis: 0, Democracy:1.

Still, to conclude that Charlottesville is behind us is to elide the ways in which “Charlottesville” has become a word that signifies moral mushiness, “both sides” equivocation, and victim-blaming – and each of those phenomena remains in full flower today. Jews may be able to breathe more easily about attacks on our places of worship, but we have, all of us, internalized the new normal that comes in its wake: the presence of armed guards, and email threats to our children in Jewish preschools, and the newfound fear of walking around in America as a Jew. The fact that this isn’t a causore of daily horror and consternation shows how very far we have all traveled in a year.

A year later, I find that I still cannot get through a panel discussion about the events of August 12 without tearing up.

A year later, my two teenage sons still talk about Charlottesville with complicated feelings that I cannot, even as an adult, quite yet manage.

A year later, the anti-Semitic tweets and death threats directed at Jewish public figures I know are more graphic, explicit, and harrowing than ever.

One continues to hope that Charlottesville – with its grieving town, its brave citizens, and its bone-deep efforts to contend with racism and rage – will never happen again, anywhere. But I continue to believe that what Charlottesville revealed, what it refracted and allowed, plays out daily under the surface of American life, and that it no longer shocks us as it ought to.

American Jewry is safe from actual attack, yes, but the Nazi chant of “You will not replace us” lives on in ongoing immigration policy, in public discourse, and in international movements. That has never been a story that redounds to the benefit of the Jews. Charlottesville is mostly a distant memory of how bad it could get – but the currents that caused it to happen are more robust than ever.

Want more from Dahlia Lithwick? She'll be next week's guest in ReformJudaism's weekly Torah podcast On the Other Hand: Ten Minutes of Torah. Download it on Apple Podcasts, Anroid, Stitcher, or wherever you typically listen to podcasts. You can also listen online at www.reformjudaism.orgpodcasts. 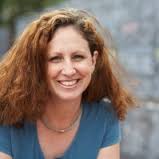 Dahlia Lithwick writes about the courts and the law for Slate, and hosts the podcast Amicus.