Yom HaShoah: A Call for Memory that Animates Action 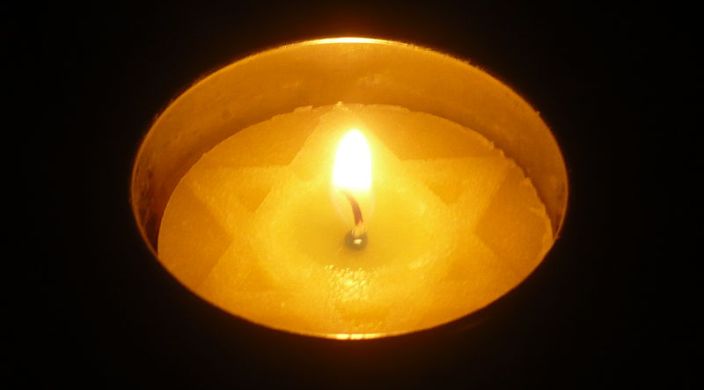 Zachor. A powerful imperative to remember. An anthem in opposition to forgetting. A symbol of the Jewish approach to history: zachor, remember, remember as if you experienced it yourself.

After celebrating the holiday of Passover last week, a time that we are supposed to see ourselves as having been freed from slavery in Egypt, we are particularly well-attuned to the dynamic of memory in Judaism. While it may have been difficult to place ourselves into that narrative – even with the aid of bitter herbs and matzah – the memory of the Holocaust, the Shoah (in Hebrew), feels painfully closer. The Holocaust is something we can touch and see – it is present in the stories, the faces, and for some, the numbered tattoos of our parents or our grandparents. We can meet survivors, speak to them, ask them questions, and hear their harrowing stories. And, while we personally may not have experienced the atrocities that led to the death of six million, or the forced labor of so many more, there is no escaping the presence of this memory in our personal and shared recent history.

In 1951, a time when the Jewish world was still reeling from the pain and loss of the Shoah, the Knesset (Israeli Parliament) introduced the idea of the 27th of Nisan, just one week after Passover, as an official day of remembrance dedicated to the Holocaust. When, on August 19, 1953, this memorial day became law, it was given the full name: Yom HaShoah v'HaG'vurah, A Day of Remembrance of the Holocaust and Heroism.1 The rationale for the selection of the 27th of Nisan is not clear, though some connect it to the Warsaw Ghetto Uprising, which began during Passover (April 19, 1943) and may have ended on the 27th of Nisan (though active resistance may have continued for at least another week).2 Regardless of the exact reasons for the selection of this date, it is clear from the full name that the Knesset wanted to connect this day of remembrance to more than the destruction of human lives, forever linking the destruction of the Shoah with the acts of heroism from this dark chapter in contemporary Jewish history.

One important dynamic of memory is that it lives, breathes, and changes over time. As such, it does not remain stagnant. Our memories must animate our actions in the present. In Judaism, the imperative zachor, "remember," is not a passive phrase – it is a call to action! Because we remember the silence of the world as six million of our brothers, sisters, aunts, uncles, cousins, grandmothers, and grandfathers perished, as Jews, we must take action to call attention to the modern genocides in our world. Because we remember the stories of those who risked their lives – both Jews and righteous gentiles – to protect their neighbors, as Jews, we must take action to speak out against the injustices in our world, whether abroad or at home. Because we remember the Shoah and the g'vurah, the Holocaust and the heroism, as Jews, we remain more keenly aware of the potential dark side of humanity, we never forget, and we never let go of the hope inherent in humanity as well.

Rabbi Heath Watenmaker is the Reform Outreach Initiative Rabbi at Rutgers University Hillel in New Brunswick, NJ. The Reform Outreach Initiative is the first grassroots effort between Rutgers Hillel and Reform rabbis, lay leaders, and donors throughout New Jersey that provides Reform Jewish students on campus with a Reform rabbi uniquely dedicated to meeting their needs and building a Reform Jewish presence on the Rutgers campus with 6,000+ Jews.