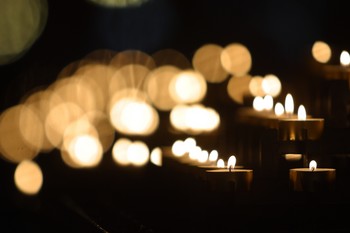 Music plays a critical role in society as an integral part of social and political history, but more importantly as intrinsic to the total human experience, noted Irene Heskes, a historian and author specializing in sacred and secular Jewish music. This observation is especially apt when considering the music of the Holocaust, a historical event which left the worldwide Jewish community forever altered and which we, individually and communally, are still struggling to process and understand. While the repercussions of this unparalleled Jewish catastrophe are overwhelming, music offers a window through which we can speak about the immense tragedy of the event.

The Nazis understood music as having unique significance and propensity to sway the masses. Accordingly, music played a crucial role in the spreading of Nazi propaganda and as a means for the Nazis to create an atmosphere in which the victims could be portrayed as nonhuman and mass murder could be accepted as a show of patriotism. Most concentration camps, including Auschwitz, had orchestras comprised of musical inmates, which played as new inmates arrived, or for the entertainment of the SS soldiers. In addition, survivors recall radio broadcasts of classical music playing in the camps, as people were tortured, gassed, burned, and murdered.

Since the Nazis attempted to erase all traces of Jewish culture, precious little Jewish music written during the Holocaust remains to us. Despite its limited scope, the material that we do have points to the vital role that music played in the camps for inmates as a coping mechanism and a method of expression and protest. One such example comes from the early days of Buchenwald, when a contest for the best camp song was held and the winning entry became the song "Buchenwaldlied" (“Buchenwald song”). Set to an upbeat march, the song spoke about the freedom that awaited the prisoners outside the camp walls. Singing the song felt like an act of resistance to many of the inmates: "When the order came to sing, our eyes sought out the crematorium, from whose chimney the flames rose to the sky.  We put all our hatred into the song.  As the hot coals burned we shouted the “free” of the chorus so that the forest resounded with it.”

A more familiar example came from the underground resistance movement, written in reaction to the news of the Warsaw ghetto uprising in April, 1943. The song "Zogt Nit Keynmol" (“Never Say That You Have Reached the Final Road”), written by underground fighter Hirsh Glick (1922-1944) and set to a march tune composed for the Soviet cinema, instantly became the official anthem of Jewish partisans. Here performed by vocalist Betty Segal, who later became a well-known Israeli actress, “Zogt Ni Keynmol” is often included in modern-day Yom HaShoah commemorations as a way of honoring those who fought against the Nazi atrocities.

For many victims of Nazi brutalities, music served as a way of preserving and affirming their humanity. In the aftermath of the Holocaust, Theresienstadt (Terezín) has become almost synonymous with the “music of the Shoah” since musical production was not only tolerated, but actually encouraged by the SS camp leadership there. Theresienstadt, more accurately described as a ghetto than a concentration camp, offered more favorable conditions for its inmates because the Nazis used this camp in their propaganda as a “show camp.”  To that end, in 1944 a commission from the Red Cross visited the camp.  The prisoners performed for the guests Verdi’s Requiem and the children’s opera Brundibár by Hans Krása. Shortly after this visit, Krása and over 18,400 others were deported to Auschwitz, underscoring the fact that even Theresienstadt was no safe haven. From a total of 141,000 prisoners in Theresienstadt only about 23,000 lived to see the end of the war. Music and poetry from Theresienstadt have served as important sources for post-Holocaust compositions, including multiple settings of I Never Saw Another Butterfly.  Hazzan Charles Davidson (born 1929) wrote a song cycle based on poetry written by children in Theresienstadt, including The Butterfly, performed here by Musica de Filia’s Chamber Choir in a concert in May 2010.

Many post-Holocaust musical responses have emerged in the period following the end of World War II. These musical creations include reminiscences of a world destroyed, attempts at recounting the horrific experience of the victims, settings of contemporary writings preserved from that time to new melodies, and efforts to sort through our own reactions to the horrific events of the Holocaust. Among the latter is "Kaddish for the Six Million" composed by Lazar Weiner (1897-1982). This setting of the traditional words of the Kaddish, a praise of God recited by mourners, combined with names of concentration camps and locations of mass murder, is set to a dissonant melody line and violent accompaniment, reflecting Weiner’s anger at the nonsensical events of the Holocaust. In this recording, the "Kaddish for the Six Million" is performed by the author of this article at a practicum on the topic of “Yom HaShoah Commemoration” presented at Hebrew Union College in October 2010.

Especially at times when reason alone is insufficient to express the deepest recess of our devastation and loss, music gives voice to the inexpressible and, in the words of Rabbi Abraham Joshua Heschel, reaches out “toward a realm beyond the reach of verbal propositions.” The events of the Holocaust are powerfully reflected in the music from that period and beyond. This music gives us the opportunity to honor the victims and enables the spirit of the Six Million who have been so tragically lost to live on.

Vicky Glikin is a fifth year Cantorial student at the Debbie Friedman School of Sacred Music at Hebrew Union College-Jewish Institute for Religion. She is an alumna of the Wexner Fellowship and the Student Cantor at Temple Sholom in Fanwood, NJ.  Vicky resides in Scotch Plains, NJ with her husband Vlad and their children Adam and Michelle.

Twenty-year-old Shayna Goldberg is young adult songleader and performer with EPIC Players, a New York-based nonprofit theatre company that opens the stage to all types of artists and seeks to shine a light on neurodiverse talent. Along with her family, she is a part of the Adath Emanu-El community in Mount Laurel, N.J.
Jewish Music
Image

Growing up, Aaron Bendich would spend lots of time with his grandfather Max in the North Bronx, in a house “filled to the brim” with records, videotapes and CDs. Among Max’s collection were recordings of Yiddish songs and other Jewish music.
Interfaith Affairs
Image