Yom HaZikaron: The Meaning of the Blood That's Been Shed 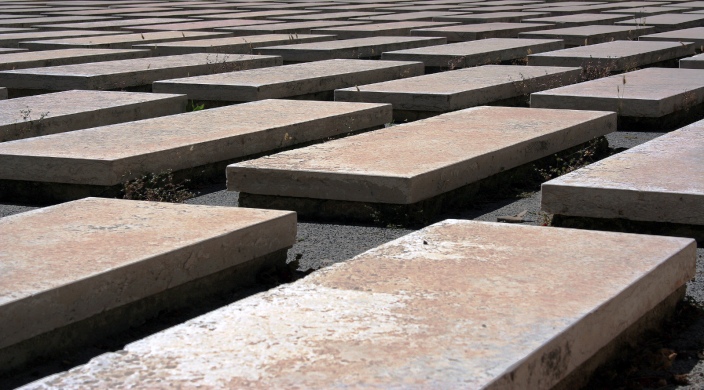 Next week, we mark Yom HaZikaron: Israel's Day of Remembrance for fallen soldiers and victims of terror.

This week's double Torah portion (Parashat Tazria-Metzora) is bizarrely obsessed with all different kinds of bodily fluids. (We could talk for days about the meaning behind the Torah's fixation of this, but we won't right now. If you're interested, just read Mary Douglas. She's the expert.)

Nonetheless, the whole bodily fluid thing got me thinking about blood – and, in the context of Yom HaZikaron, of the blood that has been shed over and over and over again, decade after decade, by the brave men and women of the Israeli Defense Forces, who sacrifice the prime of their lives to serve a cause greater than themselves: their country, our homeland.

Around this time last year, I happened upon a remarkable midrash (from the historic Jewish community of Yemen) that I had never read before. In it, the author meditates on the story of Joseph (chapter 37-ff. of the Book of Genesis). As you may recall, Joseph as a child believes that he is better than his brothers. Because of his general obnoxiousness, and because his brothers are jealous of the fact that Joseph is their father Jacob's favorite, they decide to sell him into slavery. To explain his disappearance, they catch a goat, slaughter it, smear Joseph's coat with its blood, and then they present the coat to Jacob as proof of Joseph's death.

The story (and the Yemenite midrash), addresses Yom HaZikaron in two ways. First, the midrash imagines the soul, and personality, of the goat. Our rabbis saw the goat as representing the suffering and death of all innocents. (After all, the goat was innocent! What did it ever do to deserve such a bloody end?) In protest, the midrash imagines the goat calling out for justice, and it demands, "Earth: do not cover up my blood!" And so it is that the midrash affirms that the goat's blood, and the blood of all innocents, remains on the ground (to be remembered) until the arrival of the Messiah.

Yom HaZikaron, a Day of Remembrance: The blood of our fallen soldiers cries out to us, and demands not to be forgotten. Not until there is true and enduring peace in the world, when neighbors will no longer be compelled to fight with each other.

One other reflection about the Joseph narrative, its blood, and the connection to this week's Yom HaZikaron: In the Torah (Gen. 37:33), Jacob – reacting to the bloody coat that his sons have presented him with – declares: "My son's tunic! A savage beast devoured him! Joseph was surely torn (tarof toraf) by a beast."

Responding to the imagery of being torn, the modern Torah commentator and literary scholar Aviva Zornberg writes:

Far beyond their [the brothers'] intent, in fact, is the anguish of teruf, of dismemberment, that they cause in the world. “The blood of the old man,” as the midrash [Midrash HaGadol 42:22] has Reuben refer to Jacob, is shed. Something essential in him dies.

Imagine the sort of emotional dismemberment that will be on the forefronts of all Israelis' minds, as the country – and Jews around the world – mourn the loss of every single soldier that has ever died for the State, and every civilian who has been a victim of terror.

Their blood cries out from the ground to us: that we shall remember them and never forget the sacrifice they made.

May the memories of the brave and the righteous live on to be for a blessing.

Rabbi Jeffrey Brown originally posted this piece at his Union for Reform Judaism Techie Award-winning site www.etanublog.blogspot.com. In July, he became the spiritual leader of Scarsdale Synagogue Temples Tremont and Emanuel-El in Scarsdale, NY. You can visit his new website at www.bit.ly/rabbibrown.