Yom Kippur: Getting Back on the Right Path 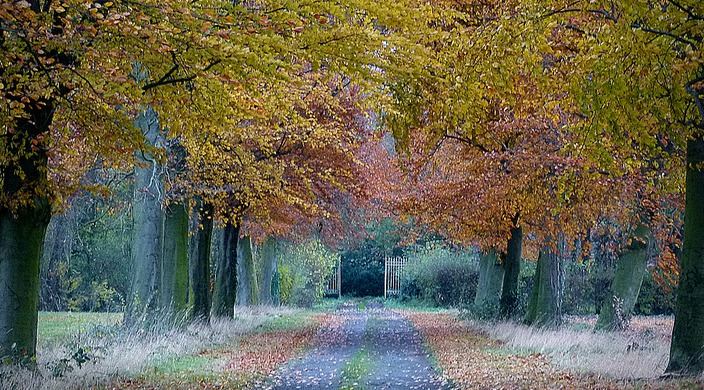 Yom Kippur begins in the evening, and in preparation for the formal annulment of vows called Kol Nidre, the Torah scrolls are removed from the ark and given to congregational leaders who hold them until Kol Nidre and its surrounding prayers have been offered. The result is that we speak this poignant prayer about the frailty of our moral will while looking into an empty cabinet—a cabinet strikingly similar to the one that will hold our bodies when we die. Indeed, the word aron means both "ark" and "casket"—and it pushes us to ponder the shortness of life, and the importance of confessing our misdeeds to God and to others so we may gain their forgiveness and our atonement before it is too late. The Kol Nidre declaration reminds us that even at the holiest of times, when we want so much to change our ways, so much to live differently in the New Year, we recognize that we will be unable to live up to much of what we promise, and so in advance we say, "Our vows cannot be vows that people hold us to, but we hope that You, God, and you, our neighbors, will understand that we mean them now, we want to keep them—but our weakness may not permit us to." Yet immediately thereafter, recalling God's promise to Moses after the majority of the scouts have stirred up the people to believe that they could not take the Promised Land, the Holy One promises to forgive us—before we have uttered one confession, or offered one prayer for forgiveness. God acknowledges our mortality, and forgives us because of it.

T'shuvah and Kapparah: Repentance and Atonement

And not only does God promise forgiveness—God grants us "atonement." What does that mean? The image for the ideal life is a path—a derech, in Hebrew—of mitzvot. Life is meant to be a walking from one mitzvah to the next—but sometimes we walk away from mitzvot, we stray off the path, we cross the boundary, we miss the mark. All the Hebrew words for wrongdoing describe these "boundary violations"—avon (crookedness), averah (transgression), chet (sin), pesha (rebellion). But that we can cross over the boundary means that we can also cross back—and the coming back, returning to the path, is called t'shuvah, repentance or, literally, returning. Still, the evidence of our boundary—crossing remains—and that is where God comes in. If we have done t'shuvah, if we have confessed our misdeeds, asked for forgiveness, paid the penalties of our misdeeds, God covers over the evidence of our wrong—as though it never existed. The word for "cover over" in Hebrew is kaf-pey-resh, the root of kippur, the name of this day. Yom Kippur is the day when the traces of our breaking down the order of the world are erased, and we start out with a clean slate. How ironic—we, with our faulty, selective memories are to remember our wrongs, so that we can do t'shuvah; but God, who remembers everything, erases that memory from the cosmos. What a beautiful God is this!

An important part of t'shuvah is confession—not only the changing of our acts, but the voicing of our misdeeds. Sometimes it is much easier to change the way we act, which we can do privately, quietly, than to tell someone of the wrongs we have done. To confess moves our misdeed out of the private realm, where only we are aware of it, to the public realm—and the confession may well change others' views of us. "I am not the person you thought I was," we say; "I am a flawed person," a person who has trespassed boundaries. But while such a confession can be humiliating for us, it is often liberating for the person to whom we are speaking. "You did that?" the person may think—"I have done that often, thinking I was the only one! Maybe I am not such a bad person as I've always thought—if you can confess, and turn your life around, that gives me hope too." Confession may begin as humiliation, but it often ends as liberating—for the person hearing the confession as well as for the confessor. What begins as part of my t'shuvah ends up facilitating your t'shuvah as well.

Yes, we are mortal beings, we are flawed beings; we commit wrongs. But Jewish tradition holds out hope for us: we can confess what we have done; we can change our ways; we can return to the proper path. And there God waits for us, welcoming us back, smoothing over the path that we may walk upon it, wholehearted, once again.

Rabbi Richard N. Levy , the immediate past Director of the School of Rabbinic Studies at the Los Angeles campus of the Hebrew Union College-Jewish Institute of Religion , is now the rabbi of the Campus Synagogue and Director of Spiritual Growth. He is a past president of the Central Conference of American Rabbis.

Rabbi Richard N. Levy, z"l , was the Rabbi of the Campus Synagogue and Director of Spiritual Growth and was immediate past Director of the School of Rabbinic Studies at the Los Angeles campus of the Hebrew Union College. He was a past president of the Central Conference of American Rabbis, in which post he shepherded the creation of the Statement of Principles for Reform Judaism in 1999, which is the subject of his book, A Vision of Holiness: The Future of Reform Judaism, published by the URJ Press in 2005. He was the editor of On Wings of Awe, a High Holyday prayerbook, re-issued in a revised edition in 2012; On Wings of Freedom, a Passover Haggadah; and On Wings of Light, a Shabbat evening prayerbook. His most recent book, Songs Ascending: The Book of Psalms in a New Translation with Textual and Spiritual Commentary, was published from CCAR Press in 2018.