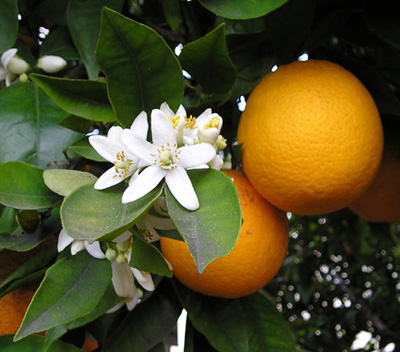 Three nations-Tunisia, Algeria, and Morocco-constitute the Maghreb, a part of North Africa where Jews have lived for over 2,500 years, since the destruction of the first Temple. Tales are still told of how fleeing priests carried one of the Temple doors to the island of Djerba in Tunisia, where it was used in a synagogue.

The fate of the Jews from then on depended largely on who was in power. For centuries the Jews lived peacefully alongside native Berber tribes (and fought with the Berbers in the 8th century to repel the invading Arab armies). Under the Almoravid dynasty of the 11th century, Jews participated with Berbers in all levels of society. With the rise of the Almohad dynasty in the mid-12th century, Jews were persecuted and forced to wear distinct, oversized blue clothing as well as yellow shawl head coverings. Conditions improved in the 13th century under the Merinid dynasty, and by the end of the 15th century, a new influx of Jews fleeing the Spanish and Portuguese expulsions brought their culture and knowledge to the region. In the 17th century, North Africa saw the influx of Italian Jews seeking the freedom to engage in commerce (in Italy, Pope Innocent XII had prohibited Jews from most trades). By the 1940s and 1950s, with the rise of Arab nationalism and growing anti-Jewish hostility in the aftermath of the establishment of the State of Israel, the million Jews of the Maghreb began an exodus from North Africa, settling in Israel, France, North America, and South America. Today the Jewish population numbers fewer than 6,000, with about 4,000 in Morocco, 1,500 in Tunisia, and fewer than 100 in Algeria.

The dispersion of the Maghreb's Jews has had the side effect of proliferating their culinary traditions. The hallmark of Tunisian Jewish cooking is elaborate, filling food, such as briks-flaky dough deep fried in olive oil and filled with meats or vegetables. Every event is an occasion for a major celebration distinguished by copious quantities of different dishes, spiced with coriander, caraway seeds, aniseed, cumin, saffron, cinnamon, and harissa (a fiery mixture of spices and olive oil made into a paste).

Dried fruits are a trademark of Moroccan cooking. Prunes stuffed with almonds and spiced with cumin and cinnamon are often cooked with meats for a rich, complex taste. Olives and preserved lemons are added to many recipes for their tart flavors. The famous dish Bestilla is made with chicken in a flaky phyllo dough crust, flavored with sugar, cinnamon, almonds, cilantro, onions, and parsley.

Algerian cooking bears some resemblance to Moroccan cooking, but the French influence is more apparent. The French baguette is present at all meals. Ginger, cumin, cinnamon, and pepper reflect the influence of the spice trade, and mayonnaise-a French contribution-is used in some dishes. Almonds are also prevalent. An Algerian favorite is the Gazelle's Horn, a crescent-shaped almond paste cookie which can now be found in bakeries throughout the world.

Many foods indigenous to this region are perfect for Passover. Consider spicing up your next seder meal by recreating the traditions of the Maghreb.