The Creative Congregation's Guide to Israel 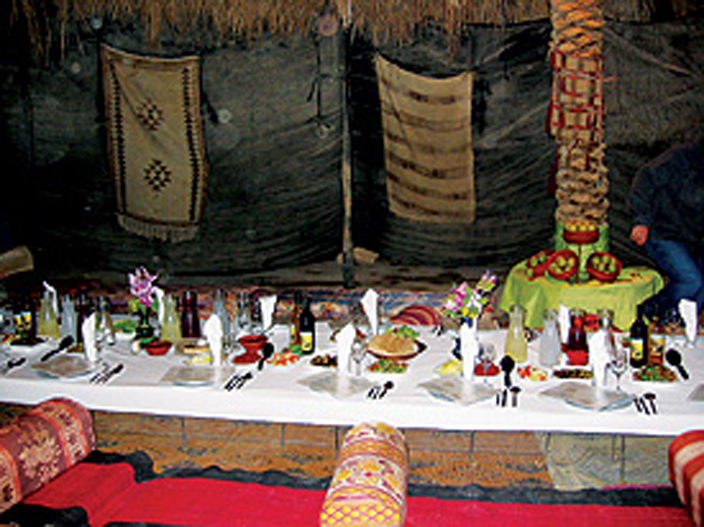 A warm wind blew in from Egypt and across the sands of the Negev desert as the sun began to set. Unleavened bread and bitter herbs lay in front of each person reclining on mats and pillows on the tent floor. Ancient rites and rituals…and yet this group of Jews celebrating Passover in the Holy Land had not crossed the Red Sea but flew in from Los Angeles Airport. Rabbi Steve Leder of Wilshire Boulevard Temple in Los Angeles had brought his flock here to “create a seder they will never forget.”

When Har Sinai Congregation of Owings Mills, Maryland completed construction of its new building, one wall was faced with limestone from Israel—the same material King Herod used to rebuild the Second Temple. Ever since, temple members are placing individual prayers in the cracks of these stones; and each time the congregation travels to Israel, the notes are gathered and inserted in the crevices of the Western Wall. “In creating a physical link between our holy sanctuary and Judaism’s most holy site,” Rabbi Bradd Boxman says, “a powerful spiritual link grows within us.”

When you go to Israel, it’s wise to plan ahead with this kind of intentionality and thoughtfulness. Here are some other wonderful, creative ideas.

Our rabbinic tradition teaches that Judaism is based on three principles: study (Torah), spirituality (avodah), and acts of loving kindness (gemilut chasadim). When Temple Beth Emet of Evanston, Illinois visited Israel, the principles of Torah and avodah were put into practice. Congregants spent their days at the Reform Movement’s Merkaz Shimshom campus next to the Old City engaging in modern, critical, and spiritual study of biblical and rabbinic texts as they gazed out over the ancient walls of Jerusalem. Israeli Reform spiritual leaders then integrated the study themes into prayer moments. Temple Shalom of Newton, Massachusetts brings its practice of gemilut chasadim to Israel; Rabbi Eric Gurvis and congregants feed the hungry at the Carmei ha’Ir soup kitchen.

In the summer of ’06, members of Temple Israel of Memphis sang their way through the Holy Land. Daily, new opportunities arose to express deep connection to the land through song. One day, after learning about the conflict in the region, the teens on the tour gathered together to write new verses to “Tear Down the Walls,” a song by Jewish rock musician Rick Recht which calls for peace and mutual understanding. (Recht had joined the tour and led much of the music making.) That evening, holding one another and moving to the rhythm of Recht’s guitar, all the young people and their families added their own voices to the call for wholeness and healing in the Middle East.

Committed to interfaith understanding, Congregation Emanuel in Denver journeyed to the holy sites of Judaism, Christianity, and Islam in October 2007 with pastors and congregants from two Denver-area churches, Montview Presbyterian and Wellshire Presbyterian. For many of the Christians, a highlight was a visit to the baptismal site on the Jordan River one Sunday morning where their Jewish neighbors could witness the rites and rituals of the sacred practice of baptism. The Christian community joined Rabbi Steve Foster’s congregation for a powerful Jewish moment, bringing to life the words of the Psalmist during a worship service on the Southern Wall steps, linking the spiritual Jeru­sa­lem on high with the tangible Jerusalem of the everyday. Other aspects of this joint tour were more complicated and difficult. A visit to the security fence on the way to Bethlehem exposed both communities to the challenges of peace and security. “On the one hand,” Rabbi Foster says, “there is no denying that the fence is ugly; on the other, seeing the fence and the close proximity of the Palestinian community and the centers of Jewish population helped all of the participants—including many non-Jews who had primarily come to view the conflict from the perspective of the liberal Christian community—understand that the stakes are quite high.”

“All of us came away with a better understanding of the relationship between these three great monotheistic religions,” Rabbi Foster says, “and we deepened our connections to our own faith.”

An inspired experience of the land and people of Israel is sure to enrich your own Jewish journey. To find the best route for you and/or your congregation, visit ARZA's Israel Travel website.

Rabbi Andrew Davids is executive director of the Association of Reform Zionists of America (ARZA).