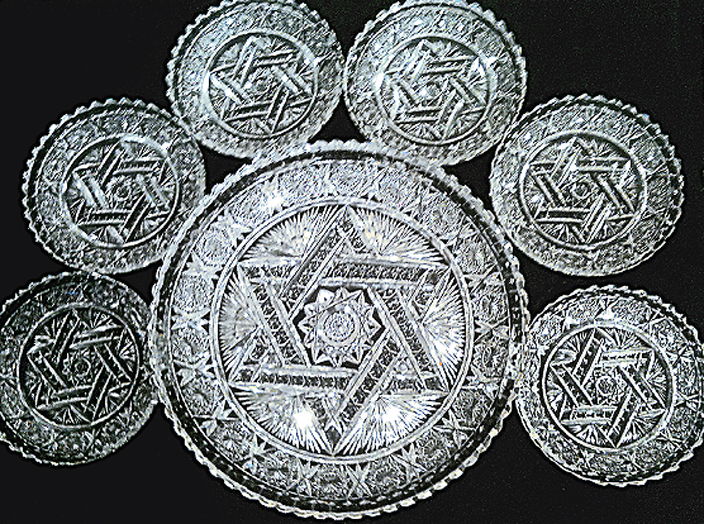 My husband bought these crystal plates from a non-Jewish acquaintance whose family had brought them from Czechoslovakia shortly after the Second World War (she had been storing them in her attic). A local antiques dealer told me they likely date from prewar Czechoslovakia, as the cuts are quite deep (unlike American crystal). What do you know of their origins?

You are correct that they are most likely from prewar Czechoslovakia-so named in 1918-or the countries in the Bohemian region that preceded Czechoslovakia, as the quality is fabulous and typical for that time period and region. All of the objects made from crystal then were quite similar.

Although these dishes are adorned with the Star of David image we associate with Judaism, they are not necessarily Judaica. A set of crystal dishes would not have had ritual use in a Jewish ceremony. More likely the plates:

Thank you so much for illuminating us about our plates. Irrespective of their past, we are happy to have them.