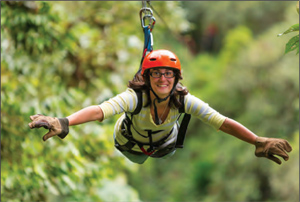 What is the real reason we celebrate Hanukkah?

There are really two answers. We commemorate the rededication of the Jerusalem Temple after the Maccabees defeated the Syrian Greeks and we celebrate a miracle. As the letters on the four sides of the dreidel—Nun, gimmel, hey, and shin—announce: Nes gadol haya sham, “A great miracle happened there.”

What was this miracle? Was it the military victory of a rebel band against a well-armed occupying power—or something else?

When the rabbis established the Hanukkah festival just one year after the rededication of the Temple in 165 B.C.E., they acknowledged that the weak overcoming the strong was a very important historical event (Babylonian Talmud, Shabbat 21b). But the Maccabees’ victorious military strategy and prowess in battle alone did not merit a religious holiday, because their success was entirely due to human action, without any aid from the Divine. Only if God’s intervention had turned the tide of battle in favor of the outnumbered Jewish fighters would there have been a miracle worthy of celebrating with a Jewish holiday.

Moreover, the rabbis did not view this battle as a war of ultimate necessity. In contrast to Purim, which celebrates a victory over tyranny when the existence of all the Jews in the kingdom was threatened by royal decree, the Maccabean revolt was not in response to a dire physical threat. True, the Syrian Greek occupiers prohibited Jews from offering sacrifices at the Temple or studying Torah, but the people were not imperiled by annihilation.

What, then, was the miracle that warranted the creation of a new Jewish festival?

A miracle of the spirit.

As it is told in the Talmud (Shabbat 21b), when Judah Maccabee entered the desecrated Temple, he discovered only a small vial of oil which had the seal of the Kohen Gadol (the High Priest) certifying it was sanctified for ritual use. There was only enough oil for one night, and yet it burned for eight.

And that is why, three times daily during Hanukkah, we add the Al Hanisim—for the miracles—prayer to the Amidah, which begins by speaking of the military victory but ends by saying: “…Your children came to Your holy abode and…purified Your Temple and…kindled lights in the courtyards of Your holy place. And they established these eight days of Hanukkah in order to give thanks and praise to Your great name.”

How can we approach Hanukkah—or any of the Jewish holidays—as a means to experience spiritual renewal?

Embedded in each of our holidays are the messages they hold for us. Purim, for example, is telling us “It’s time to be joyful!” Tishah B’av, in contrast, is saying “This is a time of great sadness.” If you are a person who is always or often sad, then Purim comes to help you usher in some happiness. Or perhaps you live your live experiencing great joy, and here comes Tishah B’av, saying “You should learn how to know sorrow, too.”

From the perspective of Mussar, an ancient Jewish tradition that teaches us to develop ideal inner traits as a path to holiness, approaching our holidays in this way enables us to cultivate emotions and/or undertake practices we might otherwise never experience. Sometimes our inner traits can impede our spiritual insight and growth; when we recalibrate them, we can approach the world with greater spiritual awareness, with a more open heart.

In short, when we bring awareness and intention to the Jewish holidays, they offer us an opportunity to educate and open our hearts.

So, what is the middah (inner spiritual trait) that best embodies Hanukkah? What opportunity might we experience by deepening our connection to this holiday that speaks of spiritual miracles and bringing light into our homes and lives?

The middah in the Hanukkah story I find the most powerful is bitachon, trust. The Maccabbees knew they had only enough sanctified oil to light for one day. They could have said, “It’s not enough. We need oil for eight days. Why bother? It’s over. We lost.” They didn’t do that. Having in their hands only an eighth of what was needed for the task, they nonetheless lit the oil. They put their trust in God’s providence and took the first brave step.

From the rabbis’ point of view, that very moment when the Maccabbees suspended doubt, strengthened their faith, and took action despite the odds is when the miracle of spirit happened.

There is an important lesson here that offers a lens through which to approach the personal challenges we face. Sometimes we can be too cautious. There is something we need to do, and instead of doing it, we get caught in the backdrafts of “what if.” Scientific evidence shows that being overly cautious with certain types of food fed to a young child can have the unintended consequence of stimulating allergies, just as ensuring that the child lives in a highly sanitized environment can deprive his/her body of exposure to microbes needed to develop a healthy immune system. If we live in fear of possible outcomes, or feel we have to have at least 60% of the ducks in place before we’re going to take that next step, then the Hanukkah story comes to remind us, “Look what the Maccabbees did! They knew they had only 12.5% of what was needed, but nevertheless they lit the first wick.”

Cultivating trust does not mean becoming reckless or choosing not to exercise good judgment. It is about recognizing that sometimes, even when we cannot see the whole picture and appear to lack what’s needed to complete the mission, we still need to take a step forward in the direction we know to be right. As the midrash Exodus Rabbah 13 teaches, when the Jews reached the Red Sea, it wasn’t until one man, Nachshon ben Aminadav, walked into the water right up to his nose that the sea finally split. It took an act of trust to cause the sea to divide, and the result was salvation. Trust, then, empowers action. Cultivating trust helps the heart to open to the challenge of taking calculated risks. And cultivating that trust within our families and in our communities can help us transcend even greater obstacles together.

The eternal lesson of Hanukkah is that we must trust and never lose hope. The odds may be against us, the obstacles daunting, the winds in our face, but the Maccabees inspire us to hold fast to our goals. Every night that we light a Hanukkah candle, we are reminded that it has happened that the mighty fell into the hands of the few, the weak defeated the strong, one day’s oil lasted eight days.

Doubt and fear hover over life like dark clouds, whereas trust and hope usher in light. We light our Hanukkah candles at the darkest time of year as a ritual reminder: When we kindle trust and hope in our hearts, we dispel the shadows of apprehension and welcome in spiritual renewal.

This point was the focus of a talmudic debate about the way to light the menorah (Shabbat 21a). One sage, Shammai, contended that we should light eight candles on the first night and then reduce the number of candles by one each night until there is no more light. Another sage, Hillel, proposed that we should add one candle each night until all eight candles are burning brightly. Today we follow Hillel’s way; Hanukkah now embodies the idea of growing more light amid darkness.

The Hanukkah story shows us that when our pursuits are ethical and just, we should be prepared to take action in trust that we are aligning with a force beyond ourselves that will help us. Trust does not mean that the results we want are guaranteed. Trust means not letting ourselves be defeated by worry, calculation, doubt, and fear. The Maccabbees teach us that even though the goal might seem impossible, we should still reach for that star, because a miracle just might be waiting to happen.

Alan Morinis, author of Climbing Jacob’s Ladder and Everyday Holiness, is founder and dean of The Mussar Institute, which provides courses on developing and improving inner life traits as spiritual practice; and a member of the Union for Reform Judaism's faculty of expert practitioners. 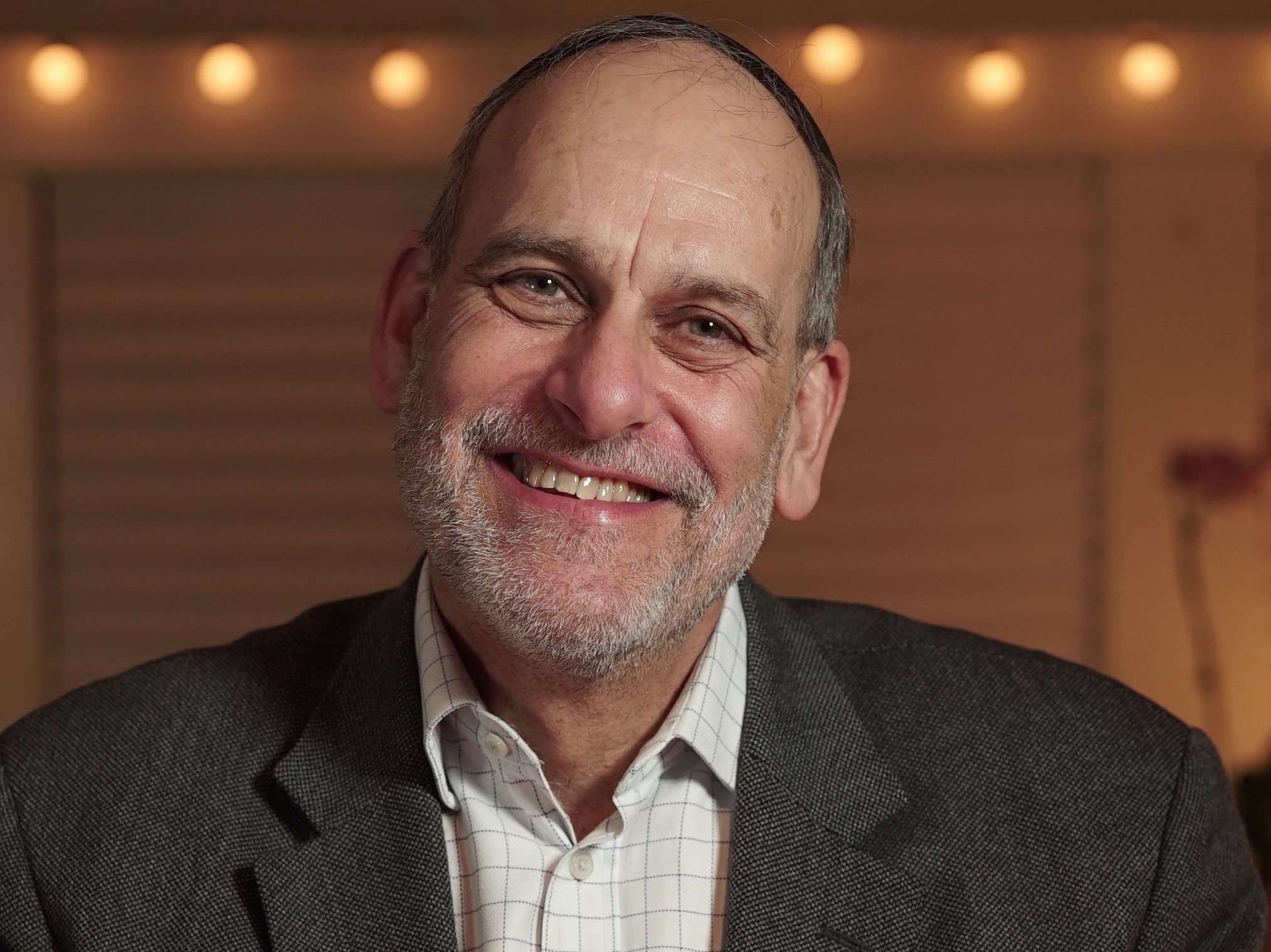 Alan Morinis is the founder and dean of The Mussar Institute and an active interpreter of the teachings and practices of the Mussar tradition. Born and raised in a culturally Jewish but non-observant home, he completed a PhD in anthropology at Oxford University on a Rhodes Scholarship. He has written extensively on Mussar, including the books Climbing Jacob’s Ladder (2002), Everyday Holiness: The Jewish Spiritual Path of Mussar  (2007), and With Heart in Mind (2014).