How Did Our Biblical Characters Gain Legendary Status? 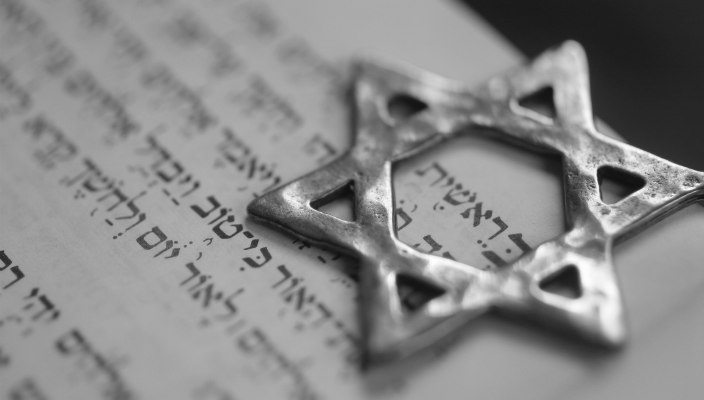 Moses and King Solomon are two of the most popular figures in the Hebrew Bible, but what do we really know about their lives, and how did they reach such legendary status?

According to the Bible, Moses led our ancestors out of Egyptian bondage and received the Torah from God on Mt. Sinai. Historians, however, have found no evidence of a real Moses in any of the ancient Near Eastern texts. There seems to be a parallel between the birth stories of Moses and of the Assyrian king, Sargon the great (third millennium BCE), including how they were each placed in a basket and found in a river by a young woman.

Rabbinic literature is replete with stories about Moses that are not found in the Bible.

The sages say he was born and died on the 7th of Adar, that he was born six months after conception already circumcised, and that he rejected many Egyptian women who wanted to nurse him. As a young child, he would grab Pharaoh’s crown and put it on his own head. To determine if baby Moses was a threat, the rabbis tell us, Pharaoh ordered a shining piece of gold and a hot coal placed before Moses to see which of the two he would choose. The angel Gabriel guided Moses’ hand to the coal, which Moses put into his mouth – burning his tongue but saving his life.

In the New Testament, Moses is quoted frequently and always positively.

In Acts 26:23, it is even claimed that Moses foretold the arrival of Jesus. In the Quran, Moses (“Musa”) is mentioned 115 times, more than any other person in the book. Even though it repeats some of the most popular stories about him, there are striking differences between the Quranic and Biblical versions. For example, in the Bible it is the daughter of the Pharaoh who acts as a savior (Ex. 2: 5 ff); in the Quran, it is Pharaoh’s wife, Asiya, who tells her husband to adopt the baby (28:9).

Moses, the charismatic leader of the Israelites in the Exodus story, became the subject of numerous legends across religions and time.

As for King Solomon, another legendary hero…

According to the Hebrew Bible, King Solomon was the son of King David and the second son of Queen Bath-Sheba. He reigned for 40 years (a popular number of years attributed to other kings, like Saul and David), and died at the age of 80.

He built the first temple of Jerusalem and represented the Golden Age of the United Kingdom in ancient Israel. Because of his reputation as a wise person, a number of books were attributed to him, such as the Song of Songs and the Book of Ecclesiastes, and The Wisdom of Solomon (second century BCE). The Jewish historian Josephus (first century CE), portrays King Solomon with a great deal of exaggeration: Not only was he one of the wisest men on earth, but he was also known as an exorcist, knowing how to expel demons.

Like Moses, King Solomon is not mentioned in any ancient Near Eastern text; yet both the Talmud and the Quran consider him a major prophet.

The Greek Orthodox Church views him as a saint. In the Midrash, rabbinic imagination about Solomon knows no bounds. According to Genesis Rabba, he was so wise that he even knew the mysteries of heaven. Deer and gazelles were his forerunners, lions, and tigers his armor bearers. Rabbinic legend also tells us that Solomon was punished for his overbearing pride and removed from the throne by the demon king, Ashmedai.

Also like Moses, King Solomon became the subject of legend across religions and time. What we know (and don’t know) about them raises some fundamental questions about who is ushered into the great hall of heroes in Judaism, Christianity, and Islam. Let’s take a look at some of those questions now.

“Who wrote the Bible?”

Most traditional commentators argue that the books of Hebrew Scriptures were written by the person that appears in the title. Namely, Moses wrote the Five Books of Moses, Joshua wrote Joshua, Isaiah wrote the Book of Isaiah, etc.

The majority of modern biblical scholars would disagree, maintaining that scriptural stories were transmitted orally for many generations, building upon legends upon legends. Some parts, they argue, were composed before the others, reflecting the ideologies of different schools of thought (known as Jahwist Elohist, Deuteronomist, and Priestly) before the entire text was finally written down by unknown individuals.

“Is the Bible historically accurate?”

The Bible, as we know it, was completed sometime around the second century BCE. Modern liberal biblical scholars maintain that it is impossible to assume the accuracy of biblical stories because we have no way to verify them.

Were Moses and Solomon perfect leaders?

No personality in the Hebrew Bible is flawless. Moses comes off as an angry leader who berates his own people and, as punishment, is denied entry into the Land of Israel (Num. 20:10ff). Similarly, King Solomon is chastised for building temples to idols (I K 11: 7) and for associating with foreign women (I K 11:1).

“Does it matter that Moses and King Solomon may not have actually existed?”

Even if we can never prove that these biblical characters actually existed, they can still serve as role models for us. Despite their shortcomings, they became paragons of perfection.

In Rabbinic literature, for example, Moses is described Mosheh Rabbenu as our teacher par excellence, and King Solomon emerges as the personification of wisdom.

“If the biblical text is not historically accurate in all its details, how should we read it?”

When we attempt to understand and interpret an ancient text, such as the Hebrew Bible, we must first figure out its meaning and scope within the context of the ancient Near East, follow the literary development of the main personalities involved, and pay attention to their positive as well as negative traits.

It is only then that we can begin to figure out what their relevance may be for our time.