How to Harness the Healing Power of Forgiveness and Repentance 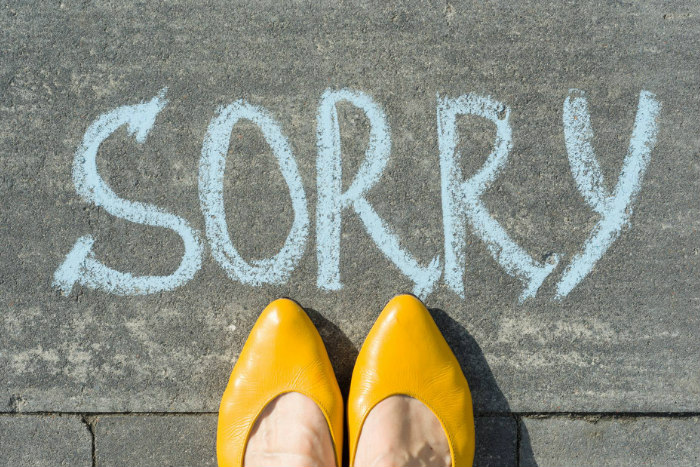 Dr. Solomon Schimmel is professor emeritus of Jewish education and psychology at Hebrew College, Newton, Massachusetts, and the author of three books on religion and psychology, including Wounds Not Healed by Time: The Power of Repentance and Forgiveness (Oxford University Press).

ReformJudaism.org: Why is it so hard to forgive someone who has hurt us?

We all want to be treated justly and with dignity, so when someone mistreats us without justification or doesn’t take us seriously, our self-dignity is affronted. And it’s even more difficult to forgive when the perpetrator doesn’t show remorse, offer an apology, or provide restitution.

So how does one begin the process of forgiveness?

In approaching forgiveness, it’s useful to differentiate two types. In the first type of forgiveness, you have been emotionally injured, but in the interest of peace, harmony, or to give the perpetrator an opportunity to reconstruct his or her life, you forego your legal or moral claim. For example, a person whose partner has cheated gives them another chance. The second kind of forgiveness centers on assuaging one’s own inner feelings of anger at the offender. Such forgiveness can be useful to individuals who are stymied from leading a constructive life because they are trapped in a web of hatred and resentment.

Does Jewish tradition offer any biblical models of forgiveness?

Joseph forgave his brothers for selling him into slavery once it becomes clear to him that they had changed their ways. His act of forgiveness is reflected in the Talmudic teaching that, in most cases, we should forgive perpetrators who sincerely admit their wrongs.

From a Jewish perspective, are you obligated to forgive someone who has caused you harm?

The great Jewish scholar, Maimonides (1135-1204), wrote that a victim of injury is required to forgive someone who repents through actions such as apologizing and asking the victim for forgiveness. We can infer from his position that in the absence of repentance, there is no obligation to forgive.

Why are some people better able to forgive than others?

Empathetic people who are able to discern extenuating circumstances that might have led to the perpetrator’s action are more likely to be able to let go of their grievances. However, there is a danger in being too empathetic and forgiving. A perpetrator who is “let off the hook” too easily might repeat the offense and injure other people. In addition, if forgiveness is granted “cheaply,” the offender might not feel obligated to repent, as often happens in cases of abuse. For this reason, someone who has been abused should never be pressured to forgive and not hold the perpetrator accountable.

What does Judaism teach us about how to seek forgiveness from someone we have wronged?

First, we must recognize we’ve wronged another human being. Second, we should try, whenever possible, to apologize to the person whom we’ve injured. It is not enough to apologize with words, because words can be cheap. It’s very important that the apology also includes, where possible, actions of reparation (repairing the hurt) and restitution (restoring the situation to where it was before the misdeed). For example, if we have caused financial loss, we have to be willing to pay compensation.

The highest form of repentance requires a fundamental transformation of one’s values and behavior. For example, a person who has lived his or her life narcissistically may need to realize there is more to life than just satisfying the self. He or she may then resolve to focus on helping others. In Judaism, we refer to a shift of such magnitude as t’shuvahT'shuvahתְּשׁוּבָה"Return;" The concept of repentance and new beginnings, which is a continuous theme throughout the High Holidays. , literally a returning to Jewish values.

What if, after all this, the victim still refuses to forgive?

Then you have the right to say, “I’ve done everything I can. I don’t have to go on with this guilt. I feel bad that the victim is not forgiving me, but there is nothing more that I can do. I forgive myself.” In such cases, the process of self-forgiveness is very therapeutic.

Can there be forgiveness without reconciliation?

You can forgive somebody and not want to be reconciled. For example, if you’ve been in an abusive marriage, you might take pity on your abusive partner and be willing to forgive, but not necessarily want to continue living with that person.

Is there a prescribed period of penitence on the Jewish calendar?

Our tradition specifies that we do t’shuvah during the 10 days between Rosh HaShanah and Yom Kippur, but not only on those days. We are supposed to be engaged in this process every day, every minute, asking ourselves, “How can I improve myself?”

This teaching is reflected in the rabbinic aphorism: “One should always repent the day before one dies.” Not knowing when that will be, we are obliged to repent every day.