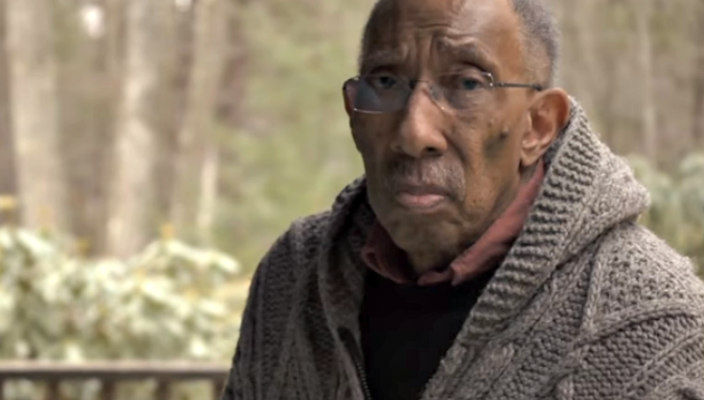 In his autobiographical book Lovesong: Becoming a Jew, scholar and author Julius Lester wrote about his spiritual journey to Judaism. It began while on a retreat, when a Trappist monk told him, “When you know the name by which God knows you, you will know who you are.”

Lester searched for that name and discovered it to be Yaakov Daniel ben Avraham v’Sarah. “I have become who I am,” he wrote. “I am who I always was. I am no longer deceived by the Black face which stares at me from the mirror. I am a Jew.”

Julius Lester died on January 18, 2018, at age 78. The following interview is adapted from an article by Lester in Reform Judaism magazine. His analysis remains just as relevant today as it was in 1989.

ReformJudaism.org: Would you say that Jews and Blacks share a common historical experience of persecution?

Lester: While in the broadest sense that is true, many Blacks find it offensive and historically inaccurate.

“How can that be?” I can hear many white Jews asking. “Look at all that Jews have suffered throughout history. There are no two peoples in Western history who have suffered as much as Jews and Blacks.”

Yes, Jews and Blacks have been among the most oppressed peoples in history. But when one looks at Blacks and Jews in the context of American history, that commonality of experience ceases. White Jews came to America seeking freedom from religious persecution. Blacks were brought to America to be enslaved. From the very beginning, America represented diametrically opposed value systems to white Jews and Blacks.

Saying this is not to disregard the antisemitism to which Jews were subjected in America. But I doubt that anyone would say that antisemitism in America was equivalent to 200 years of slavery and its legacy.

Yes. For most Blacks, oppression is physical and manifests itself first economically. The simple truth is that most Jews are among the “haves” of American society; Blacks comprise a significant portion of the “have-nots.”

For Jews, oppression is social and psychological. It is a feeling of not quite belonging, of not quite being an American like all other Americans. Other Americans regard Jews as being different in some indefinable way. They see us as “Jews” and not as persons. They hold us personally responsible for every action of the Israeli government.

Was there a time in American history when it was easier for Blacks to regard Jews as fellow victims?

With the rise in Jewish affluence and Israel’s victory in the Six-Day War, the image of Jew-as-victim ceased to match the reality.

Many Jews, however, continue to see themselves as victims. So important is this self-image that some Jews borrow it through identification with Holocaust victims or with American Blacks.

Blacks in America do not need to borrow suffering from the past or from other groups. Anti-Black racism stalks the land daily. Jews in this country are fortunate enough that they do not have to live on terms of intimacy with antisemitism.

What can the Jewish community do to improve relations with the Black community (noting, of course, that these communities are not necessarily mutually exclusive)?

White Jews will create new possibilities for relationships with the Black community by ridding themselves of prior assumptions.

Rather than assuming that they know what Blacks and Jews share, it is wiser for white Jews to assume that they know nothing and are willing to listen and learn. What they will hear may be painful, and it might take much effort to learn a new truth or two.

How healing it would be if white American Jews listened to Black Americans. If they did, what they would hear is a deep and excruciating agony, which comes when it is felt that no one cares, the loneliness experienced when no one seems to be listening.