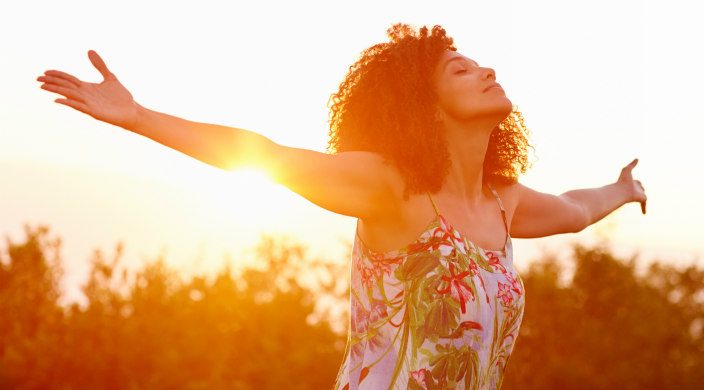 “The old shall be made new, and the new shall be made holy,” wrote Rav Kook, chief rabbi of Israel in the 1920s and 30s. His deep insight exquisitely applies to the popular and growing field of positive psychology. This field is, I believe, poised to profoundly influence religion today and Judaism as we know it.

Simply described as “the scientific study of what goes right in life [and] those things that make life most worth living,” positive psychology’s tremendous growth and appeal is amply evident in dozens of titles at the bookstore, and thousands more on Amazon.

Birthed at the turn of this century by Dr. Martin Seligman, professor at the University of Pennsylvania, positive psychology has from its inception been unabashedly influenced by ancient philosophical and religious wisdom, embracing teachings and values found in Judaism. Timeless Jewish virtues and values such as awe and transcendence, love and compassion, forgiveness and wisdom, and spirituality and hope all are integral to positive psychology.

Just as Judaism has inspired some of positive psychology’s central tenets and practices, in turn this almost 20-year-old scientific field has the potential to support and strengthen our Judaism.

Why put such stock in this new branch of psychology to positively impact Judaism? Because it applies scientific and empirical methods to many of the spiritual and ethical teachings and practices that Judaism has espoused for more than 3,000 years. And let’s face it: We are an evidence-based and empirically minded people.

It turns out that scientific research and experimentation now confirm much of what Judaism has been doing and saying all along. Consider the striking example of the Jewish value and spiritual practice of gratitude. Judaism, of course, places considerable importance upon our regularly giving thanks and expressing appreciation. The Talmud advises us to say 100 blessings a day. The vast array of brachot (blessings) for food, beauty in nature, and the joys of life all are meant to cultivate our gratitude to God, deepening our awareness and appreciation of the many blessings that life offers us.

Now enter the current psychological research on gratitude. Dozens of studies have been conducted and several positive interventions created by positive psychology researchers and practitioners to build one’s sense of gratitude. Why? For starters, because scientific studies show that a daily practice of gratitude can increase happiness and decrease depression for up to six months.

Gratitude is just one of 24 character strengths categorized, measured, and analyzed in the landmark volume, Character Strengths and Virtues: A Handbook and Classification, by Drs. Christopher Peterson and Martin Seligman, published in 2004. If you have the temerity to pop open this 800-page book – a veritable bible of positive psychology – you soon will realize that most, if not all, of the two dozen strengths explored are deeply embedded within Jewish life and sacred texts.

Classes connecting positive psychology and Judaism are now being taught. Tal Ben-Shahar, best-selling author and former Harvard University lecturer whose positive psychology course at Harvard became the most well-attended in the school’s history, was enlisted to teach such a course called “Habits of Happiness: Positive Psychology and Judaism” at Jerusalem U, an online Jewish and Israel learning center for teenagers, college students, and adults.

Commenting on the link between Judaism and positive psychology, Ben-Shahar observes, “What I found time and again [in the study of positive psychology] was that the material that I looked at, even though it was the latest research, a lot of it seemed familiar to me. Because I’d heard or read a lot of these ideas earlier on in my life, in my Jewish education. Many of the ideas that were quote-unquote ‘discovered’ by modern psychologists had actually been there for thousands of years, present in traditional Jewish sources.”

As a rabbi, I can foresee many applications of positive psychology’s teachings and practices within Jewish settings, such as in adult education programs, religious school classes, and camp settings – similar to how ancient Musar teachings and practices have been rediscovered, renewed, and made accessible within the past decade by authors and teachers such as Alan Morinis.

Finally, I can foresee positive psychology being an aid to rabbis across the religious spectrum in their rabbinic and marriage counseling, just as the healing work of Viktor Frankl and his book, Man’s Search for Meaning, has proved instrumental in grief counseling and support.

Positive psychology has tremendous potential to complement and support Judaism—as it dovetails, confirms and enhances millennia of Jewish wisdom and practices with the latest scientific methods. Together, Judaism and positive psychology could aid all of us in that perennial human and Jewish pursuit of joy and connection, meaning and purpose, blessing and fulfillment. 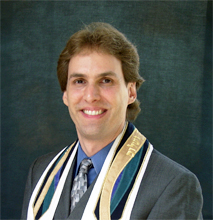 Rabbi Rick Schechter is the spiritual leader of Temple Sinai of Glendale in Glendale, CA. He has studied the science of well-being extensively since 2003, completed 240 hours of training and certification in applied positive psychology, and teaches classes in Judaism and positive psychology for adults and teens.