The Four Children of Star Wars 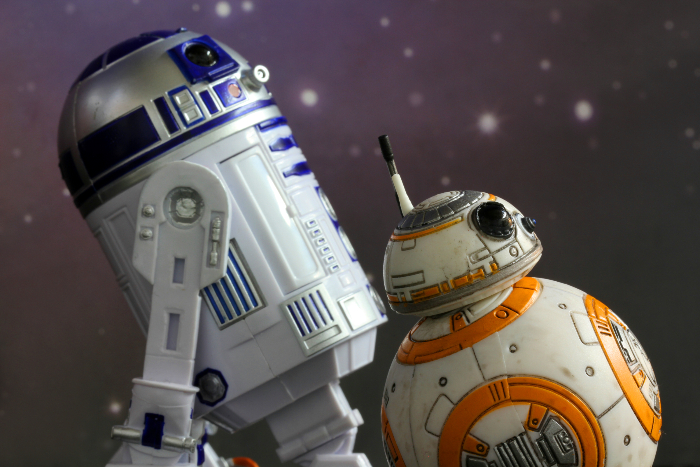 Star Wars is very Jewish, and you don’t have to take my (or Mel Brooks’) word for it. Here’s some proof:

Each year at the Passover seder, we retell the ancient story of our people’s moving from slavery into freedom. In the section of the Haggadah called The Four Children, we are told that we must teach our children this story in different ways, according to their knowledge, maturity, age, and character.

In 2013, I originally wrote a piece titled “The Four Children of Star Wars,” which used Star Wars characters to illustrate each of the traditional Four Children – but so much has happened in the Star Wars universe since then that it is clearly time for a rewrite!

If you will, please return with me to a galaxy far, far away…

Wisdom in Judaism is, in part, about opting into community. Princess Leia is, in the end, a visionary who leads from within the midst of the community (unlike her brother Luke, who is more powerful with the Force but chooses isolation and thereby diminishes his influence).

Leia’s power comes from the relationships that she builds, and from her respect for tradition, peace, and goodness.

The medieval sage Maimonides teaches that to be human is to be made up of many tendencies: good and evil, generous and stingy, cruel and merciful (Mishneh Torah Hilchot, Deot 1:1).

Kylo Ren is not wholly evil, his wickedness the result of his feeling like an outsider, and of his longing for recognition and validation. He seeks to satisfy these needs from the wrong powers (i.e. Supreme Leader Snoke and the Emperor) until, ultimately, he is able to turn inward, find the wellspring of his own goodness, and do the right thing.

This is the most imperfect of the four designations, because Finn is, in fact, far from simple. He is a brave and thoughtful character who doesn’t get nearly enough attention in the movies. (Hey, J.J. Abrams, are you listening?) Like the Simple Child, though, Finn initially does not make decisions for himself. Having been kidnapped and raised to be a soldier, he knows nothing but the life of a Stormtrooper.

Like the Simple Child in the Haggadah, though, Finn’s determination compels him to ask questions, and it is his questioning – of himself, his role, and the First Order – that allows him to grow. As Finn begins to consider his own values, he removes his helmet and ultimately joins the Resistance.

The Child Who Does Not Know How to Ask: Rey

The fourth child has not yet begun to ask questions. Like Rey throughout her childhood, the Child Who Does Not Know How to Ask sits silently at the seder table, waiting to be taught.

Rey wants to help; she is good at heart and has a sense of her potential to do good, but she doesn’t know how to begin to get the answers. Instead, she waits on her home world for someone to show up and teach her.

Once the Resistance finds her – and especially once she finds a teacher in Leia – Rey’s potential is unleashed, leading her to become a powerful force for righteousness in the galaxy. Hers is a lesson about the power of education and the importance of ensuring that everyone has access to learning.

Chag Pesach Sameach, happy Passover – and may the Force be with you!

Rabbi Micah Streiffer serves as spiritual leader of Congregation Kol Ami, in Thornhill, ON. His writings, both nonfiction and fiction, have appeared the Times of Israel, The Forward, Jewish Values Online, The Jewish Literary Journal, The Canadian Jewish News, and a number of Reform Jewish publications. He sends special thanks to his son, Noam Streiffer, the family’s primary Star Wars expert, for helping him come up with which character fits each description.