Four Cups of Wine: Social Justice Readings for Your Seder 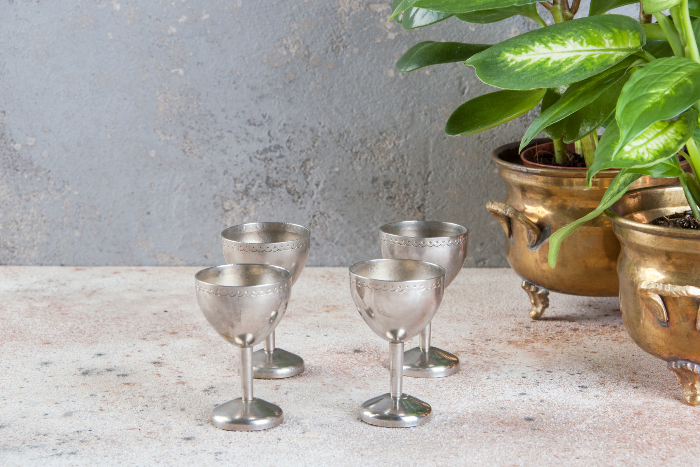 The four cups are derived from four expressions of redemption found in Exodus 6:6-7: “I will bring you out;” “I will deliver you;” “I will redeem you;” and “I will take you.” Due to the positive, redemptive focus of each phrase, each cup could come to represent current groups that need to be “brought out, delivered, redeemed, or taken out.” A short teaching can take place before each cup is blessed. Groups for consideration include: refugees and slaves, victims of domestic violence, victims of sexual trafficking, and the poor and impoverished.

The First Cup: Freedom in America

As we lift the first cup, we envision an America – the “land of the free” – where everyone has a standard of living adequate for the health and well-being of themself and of their family, including food, clothing, housing and medical care and necessary social services (from Article 25 of the Declaration of Human Rights).

The Second Cup: Deliverance in Israel

​As we lift the second cup, we envision a modern day Israel, that fosters the development of the country for the benefit of all its inhabitants. We envision an Israel that is “based on freedom, justice, and peace as envisaged by the prophets of Israel,” an Israel that “will ensure complete equality of social and political rights to all its inhabitants” (from the Declaration of Independence of the State of Israel, 1948).

The Third Cup: Redemption from Overwork and Underwork

The Fourth Cup: Liberation from Slavery All Over the World

As we lift the fourth cup, we envision a world where no one is held in slavery or servitude… a world without sweatshop laborers, where all workers are able to make a fair wage, regardless of which country they are born into. We envision a world where all products are fairly traded, and no one country or financial institution can dictate trade policies (adapted from Article 4 of the Declaration of Human Rights).

Some Haggadot include a “fifth” cup in the Seder as an opportunity for additional readings or prayers. This tradition dates back to the early rabbis and commentators, including Alfasi and Maimonides, who discussed this possible addition to the Seder. A Fifth Cup enables us to call attention to a current social justice issue or recognize a recent victory with regards to a prior injustice.

This fifth cup could be passed around the table and filled with coins to be donated to tzedakah. An additional reading with specific hopes or social action goals (like a renewed focus on the homeless or implementation of a new, long-term tzedakah project) for the coming months can be included at this point.

As wine can serve as a symbol of abundance and luxury, the fifth cup is a perfect opportunity for a discussion on privilege and poverty: Some Jews experience a high degree of privilege. Others are less privileged. A recent study points to 100,000 Jews living below the poverty line in New York City.