The Book of Esther: A Brilliant Satire of Israel-Diaspora Relations Today 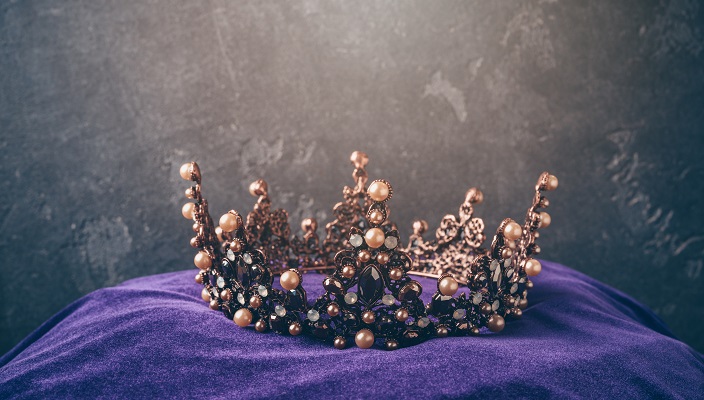 In the Hasidic tale “The Humble King,” Rebbe Nachman of Bratzlav wrote, “If you want to understand the nature of a community, understand its humor.”

The Scroll of Esther – which is, among other things, a brilliant satire of Jewish life in the Persian Empire from about 2,300 years ago – offers a similar challenge. But who, exactly, is the object of the book’s humor?

The second chapter introduces Mordecai with a brief genealogy: His great-grandfather had been “carried into exile along with King Jeconiah of Judah, who had been driven into exile by King Nebuchadnezzar of Babylon” (Esther 2:5-6). And although this verse may seem innocuous, the entire book’s satirical aim emerges here.

Jeconiah was the 18-year-old king of Judah who reigned for a mere three months in 597 BCE before he and his courtiers were conquered and deported to Babylonia. They were the first Jewish exiles in Babylonia; many more would soon follow in the wake of the destruction of the Temple in 586 BCE. The exile remained a deep and traumatic memory for the Bible.

Just a few decades later, though, in 539 BCE, King Cyrus of Persia conquered Babylonia, with a policy toward vanquished peoples that was surprisingly liberal. He permitted the Jews to return home and rebuild their destroyed Temple, an enormous event in the Bible’s mindset. Psalm 122 gushes, “When God brought back the returnees to Zion, we were like dreamers!”

This is the historical background of Esther and Mordecai, whose saga takes place in Shushan, the capital of Persia, a century and a half after Cyrus’s edict permitted the exiles to return home.

This points to an uncomfortable question: If Judea was reborn, and the Second Temple was standing, why were Jews like Mordecai and Esther living in the Persian diaspora at all – after they had miraculously been permitted to return to their homeland?

The answer is that, in fact, only a small minority of Jews returned home. Shushan was the cosmopolitan capital of the world’s most vast empire; Judea was, by contrast, a small backwater, and the rebuilding effort was not easy.

The returnees were not immediately successful in rebuilding the Temple. Their economy was weak, their will was depleted, and there was ugly infighting about which Jews were the most authentically Jewish. That’s right,: The painful history of “Who is the real Jew?” begins here!

This was the situation of the Jews of the M’gillah. They were the ones who, when offered the opportunity to return, said, “Thanks, but we’re good.” Instead, they embraced the relative prosperity and comfort of the world’s most cosmopolitan society, opting to stay where they were.

All this should give us a perspective on the Book of Esther, a satire about Jewish lives and mores in a diaspora. And that satire can be viewed from two perspectives.

On one hand, it can be read as a celebration of the diaspora’s triumphs. After all, the Jews of Shushan have risen to the very halls of power and, when threatened by an antisemitic monster, they take action.

From this point of view, the M’gillah is a story of empowerment and heroism. Bible scholar Adele Berlin writes that Queen Esther’s courage “strengthens the ethnic pride of Jews under foreign domination.” That the way many of us learned the Purim story.

On the other hand, though, from a satirical point of view, the text pokes great fun at these Diaspora Jews. Sure, they’re successful and proud, but the reader might still wonder, What kinds of Jews are these?

After all, they’re not very pious; God’s name isn’t invoked in the entire book, even amid impending disaster. They don’t seem to keep kosher. (What, pray tell, did Esther eat in the king’s harem? Tuna salad?). They take on fashionable local names. (Esther has a beautiful Hebrew name, Hadassah, but travels in Persian circles by her more familiar moniker, evoking the Babylonian deity Ishtar.)

None of this should be offensive or insulting; there’s a difference between laughing at and laughing with. In fact, part of the book’s brilliance is to make us grin at these recognizable stereotypes, seeing a bit of ourselves in its caricatures.

The humor of Esther is broad but not cruel. Instead, like Purim itself, it takes aim at established pieties and deflates them. We can imagine an ancient reader smiling, thinking, “Of course – these are the Jews who had the opportunity to go home, but didn’t!” We know these people.

And perhaps we can recognize a bit of ourselves in this story as well.

To rediscover how to speak, to learn and, most especially, to laugh with one another – that would be the greatest Purim gift we could give one another.