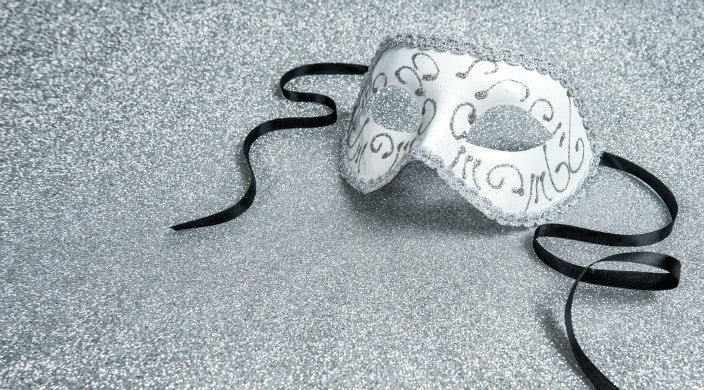 Our Purim story comes from the Book of Esther (Megillat Esther), which can be found in the Writings (KetuvimWritings/KetuvimכְּתוּבִיםThe third section of the Tanach, found after the Torah, and Prophets. This section includes Psalms, Proverbs, Job, the Five Scrolls (Song of Songs, Ruth, Lamentations, Ecclesiastes, and Esther), Daniel, Ezra, Nehemiah, and Chronicles I and II. ) section of our Jewish Bible, or Tanach.

Long ago, in a land far, far away, in a place called Shushan, of the famed empire of Persia, there lived a king, whose name was Ahashuerus, and his queen, Vashti. King Ahashuerus was a haughty man who liked to show off his riches with fancy parties and celebrations, and on one such occasion, he even wanted to show off his own wife. He summoned Vashti and asked her to dance before all of his party guests, but his queen refused and told the king, “No!” This made King Ahashuerus furious, so he sent Queen Vashti away.

With Queen Vashti gone, King Ahashuerus had to find another queen. He held a beauty contest, and all the women of the land came before him to see who would be chosen. The King saw many fair maidens, but he only had eyes for one, a young woman by the name of Esther. Esther was a brave and beautiful girl, and she was also, most importantly, Jewish. But Esther’s cousin Mordecai warned Esther never to tell a soul about her heritage. Her Jewish identity would be her secret.

King Ahashuerus loved Esther above all other women, and she found only favor and affection in his eyes. Esther’s cousin Mordecai was also looked upon with much favor, because he had saved the king from a murderous plot, hatched by two of his palace guards.

Now, King Ahashuerus’s most senior official was a very mean man named Haman. When Haman walked down the street, he told every person who passed before him to bow down. Most people were afraid of him, so they complied. But when Mordecai passed Haman, he did not bow down! Mordecai made it known that he was a Jew, and as a Jew, he only bowed before God. Mordecai’s refusal to bow made Haman very angry.

Haman decided that he wanted all of the Jewish people to go away. When Haman told King Ahashuerus of his idea to remove the Jews, the king consented. He told Haman to do as he saw fit. The Jews of Shushan were in great danger!

When Mordecai found out about this evil plan, he was devastated, as was the entire Jewish community. Mordecai knew that Queen Esther was their only hope. He told her: “Now is the time to reveal your secret! You must tell King Ahashuerus that you are Jewish. You must speak out on behalf of your people! You must ask him to reverse Haman’s decree!”

Queen Esther was scared. No one could approach the king without first being summoned! But Esther gathered all of her courage, and she made her way into the king’s chamber. With all of the strength she could muster, Esther invited Ahashuerus and Haman to a large feast.

When the time for the feast came, Esther knew what she had to do. She took a deep breath, stood up before the king and Haman, and told them she was Jewish She begged the king to spare her and her people from Haman’s evil scheme. It was a moment of true bravery. Esther risked everything she had to save the Jewish people of Shushan. But because King Ahashuerus loved her so much, he did all that she asked. The Jews would be saved! (Haman, meanwhile, was in big trouble.)

News spread fast. The Jewish community rejoiced and declared the 14th day of the Hebrew month of Adar a day of celebration. To this day, we celebrate Purim on the 14th of Adar with parties and music and great celebration.

On Purim, we come together to rejoice in the heroism of Esther and the miraculous survival of the Jewish people. Like the courageous Esther, who for years hid her true identity, we dress up in costume and wear colorful masks and zany wigs. We entertain one another and eat delicious food. We sing and joke and laugh until we cannot laugh anymore. Purim is loud and lavish, and we are meant to enjoy it in all of its boisterousness!

The Purim story is retold in several ways throughout the holiday. Traditionally, we hear Megillat Esther, the Scroll of Esther, twice – first on Erev Purim and again on the day of Purim. As we listen to the story chanted aloud, we scream and cheer (for Esther and Mordecai), hiss and boo (for Haman), and clap our hands and stomp our feet. The story lives through us and our voices! We also watch Purimspiels (pronounced “Purim shpiels”), humorous re-enactments of the Purim story, often with hugely exaggerated characters, sets, and situations.

There are lots of ways to get in the Purim spirit. First, you can enjoy the most famous Purim delicacy: the hamantaschen. A hamantaschen is a three-cornered pastry, filled with fruit or chocolate or poppy seed, for example, which, some say, is meant to look like Haman’s three-cornered hat. (The word “hamantaschen” actually means “Haman’s pockets,” or “Haman’s ears.”) You can also send mishloach manot—baskets of foods, goodies and gifts—to family and friends. It is traditional as well to send matanot l’evyonimmatanot la-evyonim מַתָּנוֹת לָאֶבְיוֹנִים“Presents for the poor” (Hebrew). Tzedakah (charitable giving) in honor of Purim. (gifts for those in need), so that everyone, no matter what his or her circumstance, can enjoy the holiday. This Purim Social Justice Guide shares other ideas for getting into the Purim spirit and bettering the world in the process.

As the month of Adar approaches, may we all increase our joy (marbim b'simcha) and have a Chag Purim Sameach – a very happy Purim!