Tu BiShvat: How Israel Has Planted New Seeds in the Jewish Soul 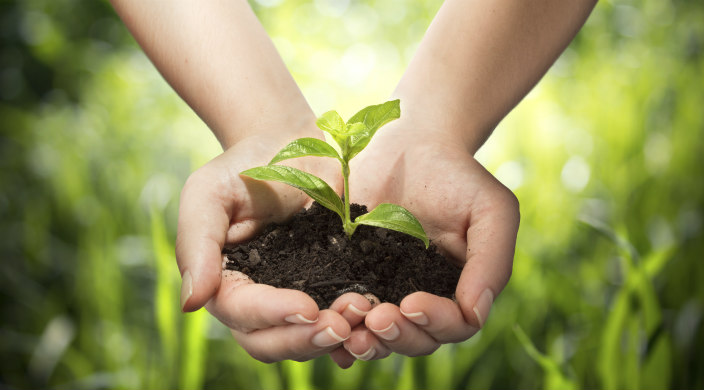 When the Zionist movement was newly blossoming in the early 20th century, a prominent group of cultural-spiritual Zionists insisted that that it was not only Jews who would be saved by a return to the Land of Israel; Judaism itself had to be renewed as well. A return to the Land would inevitably impact the ways in which Judaism was expressed – not just in the Palestine, but in Jewish communities everywhere.

Therefore, one task of the pioneering olim (immigrants) was to infuse the Jewish calendar with new meaning.

The tens of thousands of pioneers who immigrated to the Land in the Second Aliyah (1904-1914) and onward were largely secular people, moved by a mixture of socialism and Jewish nationalism to develop a new Jewish identity in their historical homeland. Yet the boundary between what’s “religious” and what’s not becomes fuzzy when we consider these revolutionaries.

Even though most of them weren’t particularly interested in rite and ritual, many truly were convinced that with their lives they were writing a new chapter of the Bible and the history of the Jewish people.

The Jewish holidays, in particular, they infused with new meanings. Hanukkah, for instance – a relatively minor winter holiday back in the Old Country – became a national festival, emphasizing the Maccabees’ rejection of foreign tyranny in their homeland and expressing Jewish strength and vigor. In the words of a famous early Zionist Hanukkah song:

No miracle ever happened for us
No vessel of oil did we find.
Rather, we descended to the valley
And we climbed the mountain.
We discovered wellsprings
Of hidden light!

Other festivals, too, were given a new national spirit. Passover Haggadahs from the early kibbutzim emphasized springtime planting and renewal as flowers bloomed in the Galilee. Lag BaOmer became a time of bonfires and archery, celebrating ancient rebellions against Roman (and all) oppression. Shavuot festivities on the kibbutz deemphasized the rabbinic theme of the giving of the Torah and reasserted the day’s biblical meaning of the harvesting of the first fruits of the season (bikkurim).

Most of all, the minor day of Tu BiShvat became a new celebration of national rebirth. Tu Bishvat historically was slight date in the Jewish calendar; it was mostly commemorated in the Diaspora with slight liturgical changes in the daily prayers. In late medieval times, Kabbalists gave Tu BiShvat new mystical meaning and created accompanying rituals, such as a mystical Tu Bishvat seder – but these celebrations were largely confined to an elite minority of mystically inclined communities.

The Zionist pioneers changed all that.

Tu BiShvat became a celebration of the land and their connections to it. They composed new songs and festivities. On those early agricultural settlements, Tu BiShvat became a day to celebrate the renewed intimacy of a people and its land.

And they planted trees.

Trees became a crucial part of the building-up of those early settlements. Trees would help drain the malaria-infested swamps, and protect crops from the wind, and provide relief to the Middle Eastern heat. Planting itself is a religious act, an emulation of God:

“‘The Lord God planted a garden in Eden, in the east’ (Genesis 2:8). – So, too, when you enter the land of Israel, you should first occupy yourselves with planting.” –Midrash Vayikra Rabbah 25:3

And this new definition of Tu BiShvat spilled over into Diaspora communities.

One ubiquitous item in the Jewish home of the 2th century was the Jewish National Fund pushka: a tzedakah (charity) box devoted to collecting money that would go toward planting trees in Israel.

Tu BiShvat became a season when schools and synagogues participated in planting whole forests in newly blooming land, giving the season an entirely new ritual dimension. One could be forgiven for thinking, “Tu BiShvat? Oh, that’s the holiday the JNF invented.” After all, given the astounding numbers of trees planted over the past century, they virtually did!

Today, three themes come together for our renewed Tu Bishvat: our connections to the Land of Israel; the mystical-spiritual metaphor of a tree; and our responsibility to protect and preserve the environment. A meaningful 21st-century Tu Bishvat creates a thoughtful meditation on the interplay between these ideas.

Our ancestors of just a few generations back may not have recognized this celebration; it is a case-in-point of how Jewish life and observance has been transformed in our day – in no small part thanks to the successes of the State of Israel. Even for those of us who live in our various Diasporas, Tu BiShvat is a time for reasserting the countless ways in which Israel nurtures our own Jewish spirits, and the ways in which we can be part of making literal and spiritual deserts bloom with new life – reminding us how a verdant and blossoming culture in Israel is an essential component of sprouting Jewish souls everywhere.