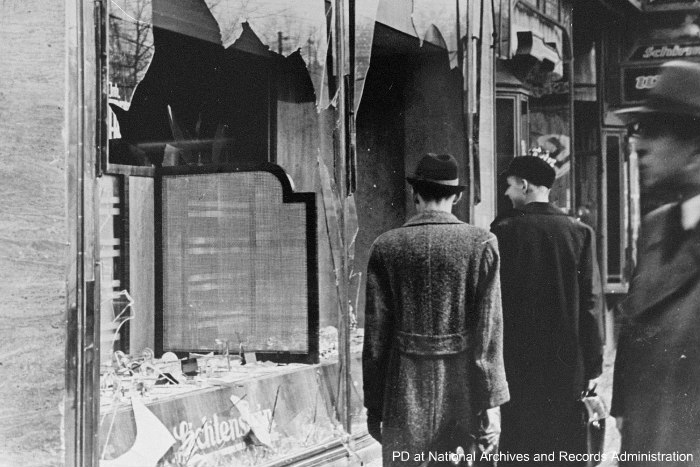 Each year on the anniversary of Kristallnacht, we recall the opening salvo of the violent assault on Jews that foreshadowed the Holocaust and ask ourselves what should have been done at that moment.

In thinking about Kristallnacht, we should also consider the outpouring of violence against Jewish communities in Europe in recent years and draw the right lessons for today. It is rightly said that the Holocaust began not with gas chambers but with words. The significance of Kristallnacht in the history of the Holocaust is the passage from anti-Jewish legislation and antisemitic rhetoric to violence against Jews. And therein lies the lesson for today.

To be clear, in today’s democratic Europe, there is no risk of a new Holocaust. Invoking such a possibility obscures rather than illuminates the serious situation of European Jewry. Comparisons to Kristallnacht, however, are apt.

In the summer of 2014, for example, we saw in France, Germany and elsewhere in Europe, antisemitic rhetoric followed by assaults on Jews and attacks on synagogues, Jewish-owned shops and other Jewish institutions. The differences with Kristallnacht are stark and significant, but the similarities cannot be ignored. Not at a time of great insecurity among Jewish communities in Europe.

That same summer, two synagogues were attacked during anti-Israel demonstrations in Paris. In one case, 200 Jews were trapped inside, while a mob, armed with bats, tried to invade the synagogue. Roger Cukierman, the head of the French Jewish community, made the connection explicit: “We’ve never seen anything like that. It resembled Kristallnacht in 1938 in Germany.”

And in Germany, where people chanted “Jews to the gas” at anti-Israel rallies and where Molotov cocktails were thrown at synagogues, Dieter Graumann, the president of the Central Council of Jews of Germany said, “These are the worst times since the Nazi era.”

The British Jewish community’s security agency, CST, said that July 2014 had the highest number of reported antisemitic incidents in any one month since it began keeping records three decades ago, and we've seen those incidents continue. Highly esteemed and hardly alarmist former Chief Rabbi Jonathan Sacks that the Jewish community suffers “a degree of apprehension I have not known in my lifetime. Antisemitism has returned to Europe within living memory of the Holocaust.”

European Jews were terrorized by Kristallnacht, and among elements of society in Europe today they are being terrorized once again by antisemitic hatred, especially, but not only, linked to the Israeli-Palestinian conflict. The terror is not from one night, but from an accumulation of incidents over the past years.

During Operation Protective Edge in 2014 and Operation Cast Lead in 2009, the Anti-Defamation League reported on antisemitic incidents and rhetoric around the world, related to the Israel-Hamas wars. We saw incitement to violence, demonization of Jews and Israel, blood libels and other antisemitic vitriol. Too often these words led to assaults and vandalism.

And those attacks have caused vast numbers of European Jews to no longer feel free to live openly as Jews. The European Union’s human rights agency surveyed eight major Jewish communities in Europe in 2012 and found widespread insecurity. One in five Jews had been the victim of an antisemitic insult, harassment or assault, and one in three worried about being physically attacked over the next 12 months. Two out of five Jews always or frequently avoided wearing a kippahKippahכִּפָּהA head-covering often worn during worship and while in a sanctuary, although some people choose to wear a kippah all the time; plural: kippot. In Orthodox communities, only men and boys wear kippot, while in liberal Jewish communities some women and girls choose to wear kippot.  Also called a yarmulke (Yiddish) or skullcap.    or Star of David in public.

Antisemitism never left the continent, but its recent transformation from rhetoric to violence, including murders at a Jewish school in Toulouse and the Jewish museum in Brussels, has caused a sea change in the confidence of Jewish communities across Europe. Most European political leaders have condemned the antisemitic incidents in their countries, but the indifference among the public is shocking and dismaying. If the hatred espoused and acted out by the antisemites and the apathy of European citizens overtake the efforts of the well-intentioned political leaders, European Jewish communities will have a dim future: communal self-segregation, individual withdrawal from Jewish communal life or emigration.

“Never again” stands. There will not be another Holocaust. But Kristallnacht is another story. Let us learn its lessons, not to avoid another Holocaust but to avoid a different disaster, the slow terrorization of Jews into permanent fear, faced with the awful choice of abandoning their identity or fleeing.

The Anti-Defamation League's mission is to to stop the defamation of the Jewish people, and to secure justice and fair treatment to all. Learn more at adl.org. 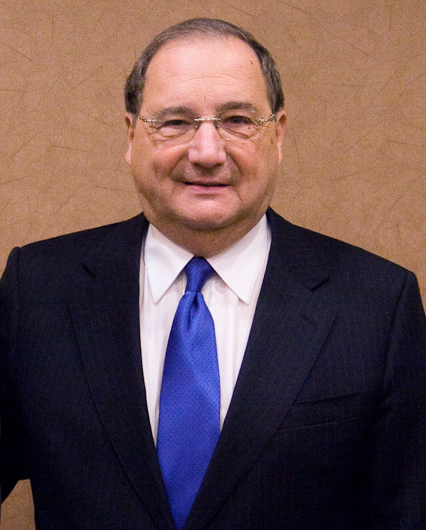 Abraham H. Foxman served as the national director of the Anti-Defamation League from 1987 to 2015. He is a Holocaust survivor.