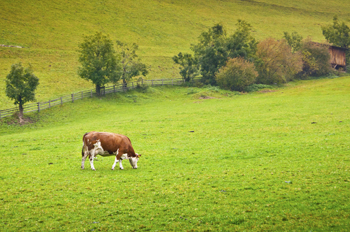 30:2] Moses spoke to the heads of the Israelite tribes, saying: This is what the Eternal has commanded:

3] If a householder makes a vow to the Eternal or takes an oath imposing an obligation on himself, he shall not break his pledge; he must carry out all that has crossed his lips.

17] Those are the laws that the Eternal enjoined upon Moses between a husband and his wife, and as between a father and his daughter while in her father’s household by reason of her youth.

31:1] The Eternal One spoke to Moses, saying, 2] “Avenge the Israelite people on the Midianites; then you shall be gathered to your kin.”

3] Moses spoke to the militia, saying, “Let troops be picked out from among you for a campaign, and let them fall upon Midian to wreak the Eternal’s vengeance on Midian. 4] You shall dispatch on the campaign a thousand from every one of the tribes of Israel.”

5] So a thousand from each tribe were furnished from the divisions of Israel, twelve thousand picked for the campaign. 6] Moses dispatched them on the campaign, a thousand from each tribe, with Phinehas son of Eleazar serving as a priest on the campaign, equipped with the sacred utensils and the trumpets for sounding the blasts. 7] They took the field against Midian, as the Eternal had commanded Moses, and slew every male. 8] Along with their other victims, they slew the kings of Midian: Evi, Rekem, Zur, Hur, and Reba, the five kings of Midian. They also put Balaam son of Beor to the sword.

9] The Israelites took the women and other noncombatants of the Midianites captive, and seized as booty all their beasts, all their herds, and all their wealth. 10] And they destroyed by fire all the towns in which they were settled, and their encampments. 11] They gathered all the spoil and all the booty, human and beast, 12] and they brought the captives, the booty, and the spoil to Moses, Eleazar the priest, and the whole Israelite community, at the camp in the steppes of Moab, at the Jordan near Jericho.

13] Moses, Eleazar the priest, and all the chieftains of the community came out to meet them outside the camp. 14] Moses became angry with the commanders of the army, the officers of thousands and the officers of hundreds, who had come back from the military campaign. 15] Moses said to them, “You have spared every female! 16] Yet they are the very ones who, at the bidding of Balaam, induced the Israelites to trespass against the Eternal in the matter of Peor, so that the Eternal’s community was struck by the plague. 17] Now, therefore, slay every male among the dependents, and slay also every woman who has known a man carnally; 18] but spare every female dependent who has not had carnal relations with a man.

19] “You shall then stay outside the camp seven days; every one among you or among your captives who has slain a person or touched a corpse shall purify himself on the third and seventh days. 20] You shall also purify every cloth, every article of skin, everything made of goats’ hair, and every object of wood.”

21] Eleazar the priest said to the troops who had taken part in the fighting, “This is the ritual law that the Eternal has enjoined upon Moses: 22] Gold and silver, copper, iron, tin, and lead— 23] any article that can withstand fire—these you shall pass through fire and they shall be pure, except that they must be purified with water of lustration; and anything that cannot withstand fire you must pass through water. 24] On the seventh day you shall wash your clothes and be pure, and after that you may enter the camp.”

25] The Eternal One said to Moses: 26] “You and Eleazar the priest and the family heads of the community take an inventory of the booty that was captured, human and beast, 27] and divide the booty equally between the combatants who engaged in the campaign and the rest of the community. 28] You shall exact a levy for the Eternal: in the case of the warriors who engaged in the campaign, one item in five hundred, of persons, oxen, asses, and sheep, 29] shall be taken from their half-share and given to Eleazar the priest as a contribution to the Eternal; 30] and from the half-share of the other Israelites you shall withhold one in every fifty human beings as well as cattle, asses, and sheep—all the animals—and give them to the Levites, who attend to the duties of the Eternal’s Tabernacle.”

32:1] The Reubenites and the Gadites owned cattle in very great numbers. Noting that the lands of Jazer and Gilead were a region suitable for cattle, 2] the Gadite and Reubenite [leaders] came to Moses, Eleazar the priest, and the chieftains of the community, and said, 3] “Ataroth, Dibon, Jazer, Nimrah, Heshbon, Elealeh, Sebam, Nebo, and Beon— 4] the land that the Eternal has conquered for the community of Israel—is cattle country, and your servants have cattle. 5] It would be a favor to us,” they continued, “if this land were given to your servants as a holding; do not move us across the Jordan.”

6] Moses replied to the Gadites and the Reubenites, “Are your brothers to go to war while you stay here? 7] Why will you turn the minds of the Israelites from crossing into the land that the Eternal has given them? 8] That is what your fathers did when I sent them from Kadesh-barnea to survey the land. 9] After going up to the wadi Eshcol and surveying the land, they turned the minds of the Israelites from invading the land that the Eternal had given them. 10] Thereupon the Eternal was incensed and swore, 11] ‘None of the men from twenty years up who came out of Egypt shall see the land that I promised on oath to Abraham, Isaac, and Jacob, for they did not remain loyal to Me— 12] none except Caleb son of Jephunneh the Kenizzite and Joshua son of Nun, for they remained loyal to the Eternal.’ 13] The Eternal, incensed at Israel, made them wander in the wilderness for forty years, until the whole generation that had provoked the Eternal’s displeasure was gone. 14] And now you, a breed of sinful men, have replaced your fathers, to add still further to the Eternal’s wrath against Israel. 15] If you turn away from [God], who then abandons them once more in the wilderness, you will bring calamity upon all this people.”

16] Then they stepped up to him and said, “We will build here sheepfolds for our flocks and towns for our children. 17] And we will hasten as shock-troops in the van of the Israelites until we have established them in their home, while our children stay in the fortified towns because of the inhabitants of the land. 18] We will not return to our homes until the Israelites—every one of them—are in possession of their portion. 19] But we will not have a share with them in the territory beyond the Jordan, for we have received our share on the east side of the Jordan.”

25] The Gadites and the Reubenites answered Moses, “Your servants will do as my lord commands. 26] Our children, our wives, our flocks, and all our other livestock will stay behind in the towns of Gilead; 27] while your servants, all those recruited for war, cross over, at the instance of the Eternal, to engage in battle—as my lord orders.”

28] Then Moses gave instructions concerning them to Eleazar the priest, Joshua son of Nun, and the family heads of the Israelite tribes. 29] Moses said to them, “If every shock-fighter among the Gadites and the Reubenites crosses the Jordan with you to do battle, at the instance of the Eternal, and the land is subdued before you, you shall give them the land of Gilead as a holding. 30] But if they do not cross over with you as shock-troops, they shall receive holdings among you in the land of Canaan.”

31] The Gadites and the Reubenites said in reply, “Whatever the Eternal has spoken concerning your servants, that we will do. 32] We ourselves will cross over as shock-troops, at the instance of the Eternal, into the land of Canaan; and we shall keep our hereditary holding across the Jordan.”

33] So Moses assigned to them—to the Gadites, the Reubenites, and the half-tribe of Manasseh son of Joseph—the kingdom of Sihon king of the Amorites and the kingdom of King Og of Bashan, the land with its various cities and the territories of their surrounding towns. 34] The Gadites rebuilt Dibon, Ataroth, Aroer, 35] Atroth-shophan, Jazer, Jogbehah, 36] Beth-nimrah, and Beth-haran as fortified towns or as enclosures for flocks. 37] The Reubenites rebuilt Heshbon, Elealeh, Kiriathaim, 38] Nebo, Baal-meon—some names being changed—and Sibmah; they gave [their own] names to towns that they rebuilt. 39] The descendants of Machir son of Manasseh went to Gilead and captured it, dispossessing the Amorites who were there; 40] so Moses gave Gilead to Machir son of Manasseh, and he settled there. 41] Jair son of Manasseh went and captured their villages, which he renamed Havvoth-jair. 42] And Nobah went and captured Kenath and its dependencies, renaming it Nobah after himself.