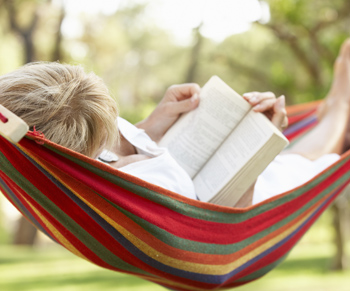 35:1] Moses then convoked the whole Israelite community and said to them:

These are the things that the Eternal has commanded you to do: 2] On six days work may be done, but on the seventh day you shall have a sabbath of complete rest, holy to the Eternal; whoever does any work on it shall be put to death. 3] You shall kindle no fire throughout your settlements on the sabbath day.

4] Moses said further to the whole community of Israelites:

This is what the Eternal has commanded: 5] Take from among you gifts to the Eternal; everyone whose heart is so moved shall bring them—gifts for the Eternal: gold, silver, and copper; 6] blue, purple, and crimson yarns, fine linen, and goats’ hair; 7] tanned ram skins, dolphin skins, and acacia wood; 8] oil for lighting, spices for the anointing oil and for the aromatic incense; 9] lapis lazuli and other stones for setting, for the ephod and the breastpiece.

10] And let all among you who are skilled come and make all that the Eternal has commanded: 11] the Tabernacle, its tent and its covering, its clasps and its planks, its bars, its posts, and its sockets; 12] the ark and its poles, the cover, and the curtain for the screen; 13] the table, and its poles and all its utensils; and the bread of display; 14] the lampstand for lighting, its furnishings and its lamps, and the oil for lighting; 15] the altar of incense and its poles; the anointing oil and the aromatic incense; and the entrance screen for the entrance of the Tabernacle; 16] the altar of burnt offering, its copper grating, its poles, and all its furnishings; the laver and its stand; 17] the hangings of the enclosure, its posts and its sockets, and the screen for the gate of the court; 18] the pegs for the Tabernacle, the pegs for the enclosure, and their cords; 19] the service vestments for officiating in the sanctuary, the sacral vestments of Aaron the priest and the vestments of his sons for priestly service.

20] So the whole community of the Israelites left Moses’ presence. 21] And everyone who excelled in ability and everyone whose spirit was moved came, bringing to the Eternal an offering for the work of the Tent of Meeting and for all its service and for the sacral vestments. 22] Men and women, all whose hearts moved them, all who would make an elevation offering of gold to the Eternal, came bringing brooches, earrings, rings, and pendants—gold objects of all kinds. 23] And everyone who possessed blue, purple, and crimson yarns, fine linen, goats’ hair, tanned ram skins, and dolphin skins, brought them; 24] everyone who would make gifts of silver or copper brought them as gifts for the Eternal; and everyone who possessed acacia wood for any work of the service brought that. 25] And all the skilled women spun with their own hands, and brought what they had spun, in blue, purple, and crimson yarns, and in fine linen. 26] And all the women who excelled in that skill spun the goats’ hair. 27] And the chieftains brought lapis lazuli and other stones for setting, for the ephod and for the breastpiece; 28] and spices and oil for lighting, for the anointing oil, and for the aromatic incense. 29] Thus the Israelites, all the men and women whose hearts moved them to bring anything for the work that the Eternal, through Moses, had commanded to be done, brought it as a freewill offering to the Eternal.

30] And Moses said to the Israelites: See, the Eternal has singled out by name Bezalel, son of Uri son of Hur, of the tribe of Judah, 31] endowing him with a divine spirit of skill, ability, and knowledge in every kind of craft, 32] and inspiring him to make designs for work in gold, silver, and copper, 33] to cut stones for setting and to carve wood—to work in every kind of designer’s craft— 34] and to give directions. He and Oholiab son of Ahisamach of the tribe of Dan 35] have been endowed with the skill to do any work—of the carver, the designer, the embroiderer in blue, purple, crimson yarns, and in fine linen, and of the weaver—as workers in all crafts and as makers of designs. 36:1] Let, then, Bezalel and Oholiab and all the skilled persons whom the Eternal has endowed with skill and ability to perform expertly all the tasks connected with the service of the sanctuary carry out all that the Eternal has commanded.

2] Moses then called Bezalel and Oholiab, and every skilled person whom the Eternal had endowed with skill, everyone who excelled in ability, to undertake the task and carry it out. 3] They took over from Moses all the gifts that the Israelites had brought, to carry out the tasks connected with the service of the sanctuary. But when these continued to bring freewill offerings to him morning after morning, 4] all the artisans who were engaged in the tasks of the sanctuary came, from the task upon which each one was engaged, 5] and said to Moses, “The people are bringing more than is needed for the tasks entailed in the work that the Eternal has commanded to be done.” 6] Moses thereupon had this proclamation made throughout the camp: “Let no man or woman make further effort toward gifts for the sanctuary!” So the people stopped bringing: 7] their efforts had been more than enough for all the tasks to be done.

14] They made cloths of goats’ hair for a tent over the tabernacle; they made the cloths eleven in number. 15] The length of each cloth was thirty cubits, and the width of each cloth was four cubits, the eleven cloths having the same measurements. 16] They joined five of the cloths by themselves, and the other six cloths by themselves. 17] They made fifty loops on the edge of the outermost cloth of the one set, and they made fifty loops on the edge of the end cloth of the other set. 18] They made fifty copper clasps to couple the tent together so that it might become one whole. 19] And they made a covering of tanned ram skins for the tent, and a covering of dolphin skins above.

35] They made the curtain of blue, purple, and crimson yarns, and fine twisted linen, working into it a design of cherubim. 36] They made for it four posts of acacia wood and overlaid them with gold, with their hooks of gold; and they cast for them four silver sockets.

37] They made the screen for the entrance of the Tent, of blue, purple, and crimson yarns, and fine twisted linen, done in embroidery; 38] and five posts for it with their hooks. They overlaid their tops and their bands with gold; but the five sockets were of copper.

37:1] Bezalel made the ark of acacia wood, two and a half cubits long, a cubit and a half wide, and a cubit and a half high. 2] He overlaid it with pure gold, inside and out; and he made a gold molding for it round about. 3] He cast four gold rings for it, for its four feet: two rings on one of its side walls and two rings on the other. 4] He made poles of acacia wood, overlaid them with gold, 5] and inserted the poles into the rings on the side walls of the ark for carrying the ark.

6] He made a cover of pure gold, two and a half cubits long and a cubit and a half wide. 7] He made two cherubim of gold; he made them of hammered work, at the two ends of the cover: 8] one cherub at one end and the other cherub at the other end; he made the cherubim of one piece with the cover, at its two ends. 9] The cherubim had their wings spread out above, shielding the cover with their wings. They faced each other; the faces of the cherubim were turned toward the cover.

10] He made the table of acacia wood, two cubits long, one cubit wide, and a cubit and a half high; 11] he overlaid it with pure gold and made a gold molding around it. 12] He made a rim of a hand’s breadth around it and made a gold molding for its rim round about. 13] He cast four gold rings for it and attached the rings to the four corners at its four legs. 14] The rings were next to the rim, as holders for the poles to carry the table. 15] He made the poles of acacia wood for carrying the table, and overlaid them with gold. 16] The utensils that were to be upon the table—its bowls, ladles, jugs, and jars with which to offer libations—he made of pure gold.

25] He made the incense altar of acacia wood, a cubit long and a cubit wide—square—and two cubits high; its horns were of one piece with it. 26] He overlaid it with pure gold: its top, its sides round about, and its horns; and he made a gold molding for it round about. 27] He made two gold rings for it under its molding, on its two walls—on opposite sides—as holders for the poles with which to carry it. 28] He made the poles of acacia wood, and overlaid them with gold. 29] He prepared the sacred anointing oil and the pure aromatic incense, expertly blended.

38:1] He made the altar for burnt offering of acacia wood, five cubits long and five cubits wide—square—and three cubits high. 2] He made horns for it on its four corners, the horns being of one piece with it; and he overlaid it with copper. 3] He made all the utensils of the altar—the pails, the scrapers, the basins, the flesh hooks, and the fire pans; he made all these utensils of copper. 4] He made for the altar a grating of meshwork in copper, extending below, under its ledge, to its middle. 5] He cast four rings, at the four corners of the copper grating, as holders for the poles. 6] He made the poles of acacia wood and overlaid them with copper; 7] and he inserted the poles into the rings on the side walls of the altar, to carry it by them. He made it hollow, of boards.

8] He made the laver of copper and its stand of copper, from the mirrors of the women who performed tasks at the entrance of the Tent of Meeting.

9] He made the enclosure:

On the south side, a hundred cubits of hangings of fine twisted linen for the enclosure— 10] with their twenty posts and their twenty sockets of copper, the hooks and bands of the posts being silver.

11] On the north side, a hundred cubits—with their twenty posts and their twenty sockets of copper, the hooks and bands of the posts being silver.

12] On the west side, fifty cubits of hangings—with their ten posts and their ten sockets, the hooks and bands of the posts being silver.