Facing Our Faults on the Other Side of the River

The stories in Genesis are heavy with human experience; they turn on every conceivable emotion, and life and relationship challenge. In this way, Torah in general, and the Book of Genesis in particular, provide a spiritual mirror that reflects back to us our best, and sometimes most disappointing, selves.

Each week we read a segment not only to understand the literature in its historical context, but also to derive wisdom that intersects our own life and experience. Torah is not his-story or her-story. It is our story.

In Adam and Eve, we see ourselves toiling to make a living, raise a family, and understand our difficult realm on the other side of Paradise, east of Eden.

In Abraham, who demanded God’s justice for the innocent of Sodom and Gomorrah, we find inspiration to speak truth to power.

In Sarah and Rachel, who struggled to conceive, we empathize with all couples who seek help with infertility.

In Jacob, who, in this week’s Torah portion, Vayishlach, wrestled with the night messenger, we see ourselves struggling with great challenges that bring pain, but from which we might extract blessing.

The Rabbis aptly taught, “Turn it [Torah] over and over again because everything is in it” (Pirkei Avot 5:22).

In this week’s parashah, once again we encounter Jacob and Esau, brothers who share a most painful past and separation. This week they are to be reunited. It is a moment fraught with tension and uncertainty. Will Esau greet his brother with open arms or will he harbor a grudge for Jacob’s youthful trickery, stealing Esau’s blessing and bargaining for his birthright?

Esau has 400 men under arms travelling with him; will a war between brothers erupt in their meeting?

Jacob for his part wrestles with God and his own destiny. What does God want from him? How should he protect and enlarge the sacred relationship with God that he has inherited from his father? Must he vanquish Esau to prove his worthiness as a leader of the Jewish people? How should he apologize to someone he hurt so deeply and can he ever be forgiven?

At times in our lives we have each been Jacob and other times we have been Esau; we have been the victim and the advantage taker. We have stood as Jacob does on the river’s edge between our present circumstance and confronting the reality of our past.

What does Jacob do?

He stands with trepidation on the shore of the Jabbok River; his brother fast approaches from the other side with an army of 400 men. Does Jacob run and hide or does he cross over? If he does cross over, will he come face-to-face with the reality that he cannot escape?

With literary brilliance and intrigue the Torah builds the suspense as Jacob ponders what to do over night. He sends his family and all of his possessions across the river to Esau’s side and is left alone on his shore. He lays down to sleep, but sleep eludes him. He tosses and turns, wrestles with an angel — or, some say, grapples with himself.

The angel is strong — and nearly prevails over him, pulling at Jacobs’s leg, badly wounding him. But Jacob summons an inner strength and courage; he holds onto the angel, overpowers him, and demands from him a blessing. The angel changes Jacob’s name to Israel (Yisrael), meaning “the one who struggles with God.” This experience (or perhaps, dream) gives Jacob the courage and conviction to cross the river to confront his brother and the reality that awaits him.

Jacob is now a changed man. He is not the young boy who bargained for his brother’s birthright over a bowl of soup; he is not the adolescent who stole his brother’s blessing with trickery and gall. He is now Yisrael; a man who knows his own flaws and limitations, a man who bears the scars and burdens of his past and allows them to inform his present perspective. Jacob is humble and pragmatic. He limps toward his brother, his hip still sore from the struggle of the night before, and with repentance and humility he asks his brother’s forgiveness.

Esau rushes toward Jacob and we don’t know if Esau is planning to attack him. But Esau knows. He senses that his brother is a changed man, and the Torah relates that Esau falls on his brother’s neck and kisses him.

Torah is full of teachings, and in this portion, perhaps it imparts the most important lesson of all: to have the courage to change. It teaches that in order to change, we first have to know who or what we are changing from: We have to know ourselves to be able to confront what may be ugly or painful or shameful within us. But self-knowledge alone is not change. Jacob could be self-aware and still not cross over the river.

We need to take the next step with self-awareness and deal with our failings; we need to cross the river and confront them. We have to be Yisrael, to struggle with our faults and risk experiencing more pain in the process, because life is not lived on this side of the river! Life is not lived running and hiding from the wreckage of our past. Life is on the other side.

What does Jacob do after Esau kisses him? Right there on the other side of the Jabbok, Jacob builds a house. He is done running and has nothing else to escape from. He has found himself and therefore he has found his home; he has finally found peace. Before he crossed over, fear and uncertainty obscured his vision, broke his hope. Now, after struggling with past misdeeds and receiving forgiveness, he sets down roots and builds for a future that he could not have imagined just a short while ago.

Rabbi Dan Moskovitz is senior rabbi at Temple Sholom in Vancouver, BC, and author of “The Men’s Seder” (MRJ Publishing). Rabbi Moskovitz is also chair of the Reform Rabbis of Canada. His writings and perspectives on Judaism appear in major print and digital media internationally.

Emerging from Our Struggles to Embrace Change

Jacob bids Laban farewell
And moves on to where Esau dwells
A strange man he does fight
Till the morning’s sunlight
And receives a new name, Yisrael
(Rabbi Joe Black, There Once Was A Man from Canaan: The Five Books of Limerick, p. 25)

This week’s parashah, Vayishlach, so beautifully interpreted by my colleague, Rabbi Dan Moskovitz, teaches us about the necessity to embrace change — even when it is difficult. Jacob/Yaakov becomes Israel/Yisrael after wrestling with a mysterious stranger. He is both wounded and empowered by his mystical encounter. Our text provides us with a glimpse into our progenitor’s ability to look deep within himself and his soul, and to find the courage to adjust to the rapidly changing world around him. Rabbi Moskovitz writes: “… in order to change, we first have to know who or what we are changing from; We have to know ourselves …”

On one level, this is a story of personal growth. Jacob, as a result of his mystical encounter, redirects himself on his life-path and sets the stage for all that is yet to come. But we should not only read our text from the perspective of Jacob’s personal journey. It has important implications for our future as a movement as well.

I find it fascinating that on the Shabbat that thousands of North American Jews are gathering in Chicago for the Biennial Convention of the Union for Reform Judaism, we are reading this pivotal narrative about change and adaptation. Truly, I can think of no better parashah in which we, as proud Reform Jews, can and should immerse ourselves than this story of radical transformation.

In Genesis 32:25 we read: “Now Jacob was left alone, and a man wrestled with him until the rise of dawn.”

Over the past 146 years, Reform Judaism in North America has wrestled with change. We have been on the forefront of civil rights, women’s equality, patrilineal descent, LGBTQ recognition and celebration, interfaith outreach, Jewish camping, Progressive Zionism, and a host of other causes too numerous to mention in this limited space. Our lay and professional leaders have never shied away from exploring and confronting painful issues — from within and without. While not always easily, we have grown and gained strength from our struggles. We have found holiness in places that other movements have overlooked or abandoned. We have had the courage to look both inward and outward as we have battled with our doubts and fears.

Today, we as a Reform Movement face multiple threats to our identity, and some might even posit, our very existence. And we are not alone. The relevancy of the synagogue as a center of communal, spiritual, pastoral, and educational life in non-Orthodox circles is being challenged daily by the twin forces of innovation and apathy. Legacy institutions that 10 years ago seemed invincible are reeling from unanticipated demographic, philosophical, and economic change. Those congregations and communities that are unwilling to confront and rid themselves of the burdensome sacred cows in their midst may soon find themselves scratching their heads in wonder and confusion as they pick up the pieces of their abandoned legacies. The degree to which we, as a movement, are willing to ask painful and difficult existential questions will determine who we will become as we ford the rivers that stand in the way of future growth and development.

Fortunately, like Jacob, we also have shown how embracing change and wrestling with the future not only can be successfully accomplished, but also can strengthen us and open new vistas of opportunity that will allow us to thrive in uncharted territory. Rather than focus exclusively on the difficulties that confront us, we also need to recognize the opportunities that lie ahead. We must have faith in our mission and the power of our messages of personal autonomy, spiritual depth, and communal strength. We have inherited the legacy of Yisrael. Like our ancestors, we have struggled — but we have emerged from our struggles both strengthened and excited about what the future will bring.

When do we read Vayishlach

END_OF_DOCUMENT_TOKEN_TO_BE_REPLACED 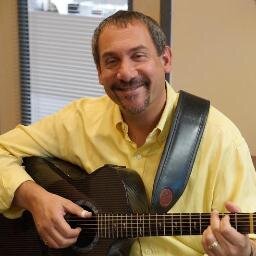 Rabbi Joseph R. Black is the senior rabbi of Temple Emanuel in Denver, CO. He blogs at The Blog of Rabbi Joe Black.

END_OF_DOCUMENT_TOKEN_TO_BE_REPLACED

When Do We Know We’ve Completed the Struggle?
When Ben-Oni Becomes Benjamin: Rachel’s Midrashic Monologue
Struggling With a Deceitful Heart
Vayishlach for Teens: Shabbat Sha-raps
A Biblical Text of Terror