Finding Inspiration in the Jewish Women Who Came Before Us

Chapter 7: Telling an Inclusive History: Serah and Me

For those who haven’t met her, allow me to introduce Serah, who makes an appearance in this week’s Torah portion. 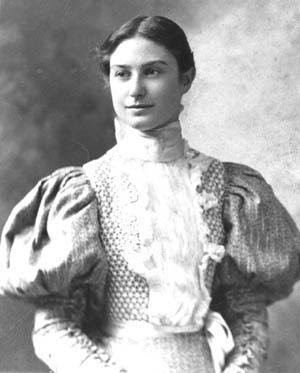 Serah slips in and out of the text. She’s a whiff of a biblical character who is mentioned twice in the Torah, and then passes out of sight.

She makes a first showing in the Book of Genesis as one of Jacob’s descendants who went down to Egypt (Gen. 46:17) and makes a comeback in Parashat Pinchas as one of the Israelites counted in the census taken before entering the Promised Land. The mention of her in this week’s portion reads simply, “The name of Asher’s daughter was Serah.” (Num. 26:46) Based on Biblical chronology, Serah lived for roughly 450 years.

Because of her longevity, Serah crops up from time to time to fill in details about the past.

In one story, the first-century sage Rabban Yohannan ben Zakkai asks his students to describe the walls of the Red Sea when they parted to let the Israelites pass. When no one responds, he answers his own question, claiming they look like a wall of sprouting bushes. Suddenly, a voice pipes up, “No, it wasn’t like that at all!”

As the students look up, they see a very wrinkled woman peering into the window of the house of study. “Who are you?” Rabban Yohanan asks.

“I am Serah bat Asher,” she replies, daughter of Asher. “And I know exactly what those walls looked like because I crossed the Red Sea.”

“So what did they look like?” asks Rabban Yohanan.

“They resembled shining mirrors,” says Serah, “mirrors in which every man, woman and child were reflected, so that it seemed like an even greater multitude crossed there, not only those of the present, but also those of the past and future as well.” And when Serah finishes speaking, none dared contradict her. (See Howard Schwartz’s Gabriel’s Palace: Jewish Mystical Tales, Oxford UP, 1993, p. 49.)

Some say that the victors write history – but it is really writers who write history, assisted by memory-keepers like Serah bat Asher. As her version of the sea crossing comes to teach, the past is infinitely inclusive and has the potential to reflect generations to come. Like no other Biblical character, I feel inspired by Serah. She has been my muse as I dig to uncover untold stories.

One day, as I was beginning my teaching career at Hebrew Union College-Jewish Institute of Religion (HUC-JIR), the training ground of Reform rabbis, cantors, and educators, I received a mysterious package in the mail. I opened it and unfurled a poster featuring Gertrude Weil (1879-1971). I’d never heard of her, but I learned that she had fought for women’s suffrage as well as for causes like labor reform and civil rights.

Raised as a Reform Jew in Goldsboro, N.C., where her grandparents helped to found Congregation Oheb Sholom, Gertrude Weil explained that her passion to serve was rooted in Jewish values (Micah 6:8). “Justice, mercy and goodness,” she wrote,” were not to be held in a vacuum, but practiced in our daily lives.”

Her parents, Henry and Mina, prized education for girls and sent her to NYC’s Horace Mann School, a co-ed high school and teaching laboratory for Columbia Teachers College. In thrice-weekly letters home, Weil described her studies, participation in sports and volunteer work at a kindergarten for poor children. Two years later, as a student at Smith College, she became influenced by the independent women defying traditional norms of feminine behavior; and, by the time she graduated in 1901, she called herself an “avowed suffragist.”

As an HUC-JIR professor (and a proud women’s college alumna), I was thrilled to learn of Gertrude Weil’s accomplishments that set her squarely in the Reform Jewish past. I began to tell her story in the classroom and found it resonated among students similarly motivated by Jewish values.

Gertrude Weil’s poster (and online exhibit) was one of 16 created by the Jewish Women’s Archive as part of its Women of Valor project, which highlights historically significant women like Olympic athlete Bobbie Rosenfeld, Nobel Prize-winning medical researcher Gertrude Elion, and modern dancer and choreographer Anna Sokolow.

These women of valor have accompanied me through the years – even as Serah bat Asher whispers in my ear.

How Will We Evolve? 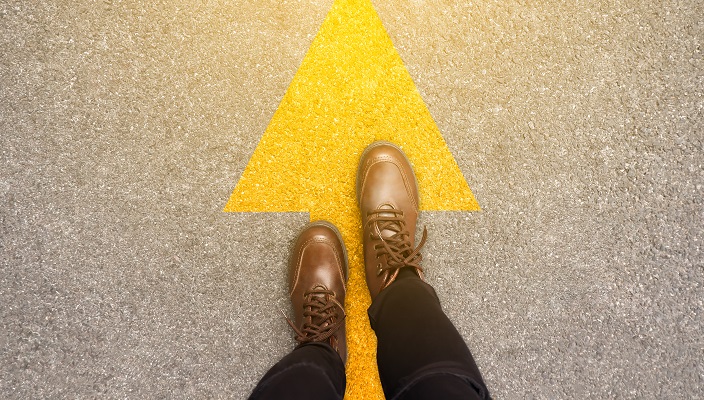 Parashat Pinchas is one of the most provocative portions in the Torah. It is especially resonant to read in these times of uncertainty while living during this global pandemic and in a society that is grappling with how to address the racial and economic inequities that continue to plague us.

Rabbi Balin provides us with a powerful image of Serah bat Asher and the role of “memory keepers” like her in understanding an inclusive history. When we study Torah, we are “uncovering untold stories” and connecting the narratives we are anchored in as we try to understand the world we live in today.

For me, trying to ask the right questions is the first task before one can allow the text to come to life.

Last week’s portion ends dramatically, when Pinchas kills an Israelite man and a Midianite woman, which brings a devastating plague to an end. (Numb. 25:5) Does Pinchas commit this murder to defend God’s name or because he is a religious fanatic? What was the plague? It was an epidemic of moral depravity that infected many of the Israelite men by their consorting with the Moabite women and worshipping their Gods. This week continues that story and quickly goes to life after the plague: “When the plague was over…” (Numbers 27:1 )

Like us today, the Israelites are living in uncertain times as their journey in the desert will soon come to an end after 40 years of wandering. The men who had worshipped the Midianite gods reflect the angst of the Israelite people, who wonder what life will be like in the Promised Land. How will Joshua and Eliezer lead, as the successors to Moses and Aaron (Numbers 27:18-23)?

The Israelites then take another census, a counting of men able to bear arms (Numbers 26: 1-3), as they will soon be at war. However, a census is a much more that the counting of numbers or demographic information in today’s world. The Hebrew for take a census literally means “lift the head.”

The people were unsettled and unsure about life. It was a time of uncertainty and anxiety about entering the new reality of life in the Promised Land. My guess is that those ancient Israelites felt many of the emotions and had thought similar thoughts as we do today. When one listens to people and empowers them, everyone is included – and everyone counts.

Questions of inclusiveness and human dignity (uplifting all human beings) continue to challenge us today. Although we are still living in midst of COVID-19, many people are questioning what the “new normal” will look like once we have a vaccine. However, nothing will inoculate the economy to immediate recovery; it will take years.

The pain of the nearly 40 million unemployed Americans will not magically go away. The long-term effects of this recession will not recede. The economic inequality continues to be on the rise.

In The Dignity of Difference (p. 111), Rabbi Jonathan Sacks comments on this disparity in a most insightful manner:

“A world in which the few prosper, and many starve, offends our deepest sense of fairness and human solidarity…Disparities of this magnitude – vast, concentrated wealth alongside widespread suffering- is intolerable.”

George Floyd’s murder ignited national protests and calls for racial equality, police reform, and social and economic equity. Will these flames of justice soon become history like the unrest after the assassination of Rev. Dr. Martin Luther King, Jr., or after the Rodney King beating? What keeps a movement alive? How do we keep marching toward a world where Black lives are really treated as though they matter?

Thus, the question to ask is: Does this Torah portion help in any way as we grapple with and emerge from our health and social pandemics? I believe it does.

The major theme after the census is how the people will relate to God in the Promised Land. (Numbers 28 – 30:1). In ancient times, they did it through animal sacrifice – but of course, that is not our way of shaping a spiritual life. During this time of transition, will our institutions ask the right, honest and difficult questions about how to evolve in a way that will attract those who are unaffiliated? Improved listening to those who are not connected to the Jewish community, and really hearing their stories of alienation, might allow us to reconstitute the Jewish community in ways that are even more meaningful and inclusive. People are yearning for meaning, spiritual connection, and community.

Our ancestors who were about to end their journey and enter the Promised Land had to change and evolve. It is abundantly clear that we have to do the same in order to enter a Promised Land of a just and equal society.

END_OF_DOCUMENT_TOKEN_TO_BE_REPLACED 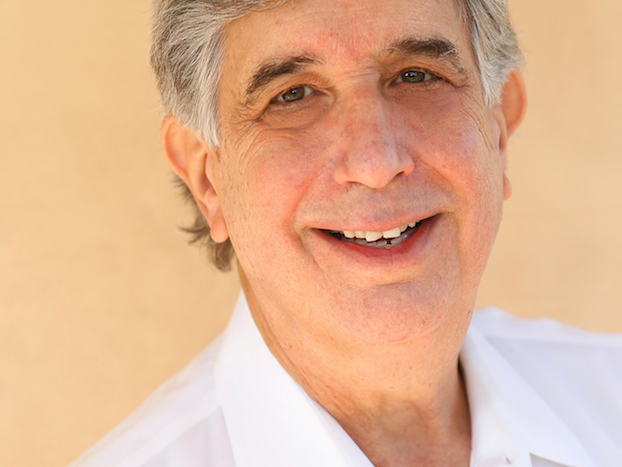 Rabbi Lee Bycel is the Sinton Visiting Professor of Holocaust, Ethics and Refugee Studies at the University of San Francisco. He served as dean of the Hebrew Union College in Los Angeles from 1982-1997. His visits to refugee camps in Darfur, Chad, South Sudan, Rwanda, Kenya, Ethiopia, and Haiti led to his writing Refugees in America: Stories of Courage Resilience and Hope in Their Own Words (Rutgers University Press). Proceeds will benefit two refugee settlement organizations, HIAS and International Rescue Committee. More information can be found at refugeesinamerica.com.

END_OF_DOCUMENT_TOKEN_TO_BE_REPLACED

Transitions of Leadership: A ‘How to’ Guide from Parashat Pinchas
Confronting Violence and Injustice Against Women
Revolutionary Women in the Bible and Now
Determining Which Traits Are Important for Leadership
Pinchas for Teens: Shabbat Sha-raps