Belinda Sutton stood before the court while her petition was read aloud. It described how she had been violently removed from her home, taken on a harrowing journey across land and sea, and forced to work in deplorable circumstances for nearly 50 years. With her face "now marked with the furrows of time, and her frame feebly bending under the oppression of years," she cast herself before this court only for "the just return of honest industry." She sought what was her due: fair restitution for a half-century of servitude.

Belinda's 1783 petition in Boston was both modest and revolutionary. She only wanted an allowance from her deceased enslaver's estate that would allow her and her infirm daughter to live just outside of poverty. While the request in her petition was meager, the impact the petition had was not. Her petition inspired dozens of other formerly enslaved people and allies to call for justice, the wholesale abolition of slavery, and reparations to those who had been enslaved in America.

However novel Belinda's effort may have been at the time, the call to be given what she was due was not new. Consider this week's parashah:

And Adonai said to Moses, "I will bring one more plague upon Pharaoh and upon Egypt. After that, he will let you go from here. When he lets you go completely, he will drive you out of here. Speak in the people's ears, that each man will ask (v'yishalu) from his neighbor and each woman from her neighbor silver objects and gold objects." Adonai disposed the people's favorably toward the people… (Exodus 11:1-3)

And that is what happened. Along with being liberated from slavery, the Israelites asked for (v'yishalu) and received reparations from their former Egyptian owners in the form of objects of great value (Exodus 12:35). The Israelites' emergence from slavery with great wealth was predicted generations before when God told Abraham that his descendants would be enslaved for some time, but then be generously liberated (Genesis 15:13-15). Similarly, Moses learned this at the burning bush, long before he returned to Egypt to negotiate the slaves' release: "when the time of liberation will come, each woman will ask (v'sha'alah) for valuable objects" (Exodus 3:19-22).

"You shall not go [out from slavery] empty handed," God had said to Moses back at the bush (Exodus 3:21). Later on, just before entering the land of Canaan, Moses would convert this divine promise into a command that would endure for all time:

When you set [your slave] free from you, you shall not let him [or her] go empty-handed: you shall furnish him/her out of your flock, your threshing floor, and your vat; as Adonai your God has blessed you, you shall give to him/her. (Deuteronomy 15:13-14)

Rabbi Aryeh Bernstein has offered excellent analysis of these and related rabbinic texts, and others have followed in his footsteps to argue that Judaism does and should take race, racism and slavery seriously. While I agree wholeheartedly that these sources indicate wholesale endorsement for reparations generations after slavery has ended, I also concur with the California Reparations Task Force that reparations can mean different things to different people.

For now, though, I want to highlight what no longer exists. Moses's command removes the need to ask for reparations. The formerly enslaved-and their descendants-do not need to further debase or degrade themselves by asking for fair compensation. They are owed their due, and it should be given. You read that correctly: they have not earned reparations; rather, they are entitled to it. It is their due and they need not ask for it.

This does not mean that no questions should be asked or that nothing should be investigated. On the contrary, it is reasonable to ask that evidence be provided justifying one's entitlement to reparations.

Giving what's due to those who were formerly enslaved and their descendants is not merely a matter of justice or righting a historical wrong such as "the just return of honest industry." It is a gesture of virtue, an expression of honor to which all Belindas and their offspring are entitled. 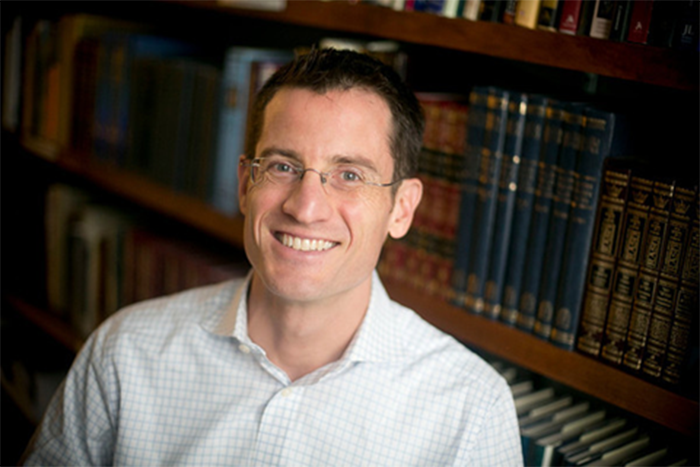 Jonathan K. Crane, PhD, Rabbi (he/him/his), serves as the Raymond F. Schinazi Scholar in Bioethics and Jewish Thought at Emory's Center for Ethics. A Professor of Medicine, Crane is a past president of the Society of Jewish Ethics, founder and co-editor of theJournal of Jewish Ethics, and author or editor ofNarratives and Jewish Bioethics,The Oxford Handbook of Jewish Ethics and Morality,Beastly Morality: Animals as Ethical Agents,Eating Ethically: Religion and Science for a Better Diet, and Judaism, Race, and Ethics: Conversations and Questions.

END_OF_DOCUMENT_TOKEN_TO_BE_REPLACED

A Sign on Your Hand, A Reminder Between Your Eyes: An Embodied Jewish Theology of Solidarity and Liberation
Reparations: Seeding a Better Future
Honoring the Innocent Victims of Conflict
Thinking Big and Failing Fast
Bo for Teens: Shabbat Sha-raps