If You Missed It the First Time

Have you ever used one of those apps that counts down to a special event? Whether it is a wedding or a concert, you can check your phone and see how many days, hours, minutes, and seconds until the big moment of anticipation.

But what happens if the moment comes and you can’t be there?

B’haalot’cha addresses a few reasons why people might not show up and provides a second chance for them.

In Numbers 9:7 some people who cannot offer the Passover sacrifice at its set time approach Moses saying what amounts to, “We want to bring a sanctified offering to God. It isn’t fair that we are not allowed to do it.”

They were not allowed because they had been in contact with a corpse, but God answers for anyone who has physical or spiritual limitations that keep them from observing the sacrifice. The answer is that they can still participate, but a month later on a day called Pesach Sheni — the Second Passover.

In the Torah, the physical limitations were due to long travels or defilement by a corpse. Today, physical limitations may include difficulty driving or taking public transportation to reach a congregation, or having a synagogue building that does not adequately accommodate the needs of all worshippers. With today’s sensitivities, adequate accommodation can include a comfortable space for nursing a baby, gender-neutral restrooms, a bima that is accessible by wheelchair, and devices or interpretation for those with hearing impairment.

The Torah portion gives time to accommodate those who are distant to be able to draw closer. As our communities dedicate ourselves to the pursuit of holiness, an important part of our charge is to take steps towards those who are kept at bay as a result of our physical spaces. The Union for Reform Judaism in partnership with the Ruderman Family Foundation developed the Disabilities Inclusion Learning Center to help us continually plan for the next improvement that will eliminate challenges for current and potential members of our Jewish communities. It may take time, but part of our calling is to help those who want to perform mitzvot achieve their goals. If someone misses out because our space does not welcome them, we have a moral imperative to make changes that will enable them to fulfill mitzvot.

The second category of those unable to fulfill the mitzvah in this week’s parashah is individuals who are v’derech r’choka, “far away.” The Jerusalem Talmud “understands the phrase to include a person who is spiritually distant from God and from the Jewish people …”1

In the Morning Blessings, our prayers recognize the wonders of a body that works, a spirit gifted from God, and a mind that can discern daily miracles and Torah study. This suite of prayers reflects a Jewish belief that our bodies, spirits, and minds come together in prayer and mitzvot.

The Passover offering in this week’s parashah was a once-a-year sacrifice. If spiritual distance prevented someone from doing the mitzvah, they were given a second chance a month later. The lesson can be applied to us today, even with other mitzvot. When we find that our spirit is distant from the practices of our mind and body, we need to take some time to reconnect. Going through the motions of Jewish life is insufficient; the body-spirit-mind balance is our best route towards meaningful connection to God through mitzvot.

Those with physical limitations and those who are spiritually distant are two of the three categories of people in B’haalot’cha who do not do the mitzvah on its appointed day. The third category is those who willfully disregard the covenant and will be cut off from the community (Numbers 9:13). Perhaps we can think of this as a limb cut from a tree. The trunk of the tree is the core of Judaism and our relationship with God, the limbs with their leaves and flowers and fruit bloom with mitzvot as testimony to the nourishment provided through the trunk. A person who refuses mitzvot is refusing the nourishment to grow, just as in our yards, the limb that never sprouts new growth will wither and be cut from the tree.

This passage of B’haalot’cha can instruct us on three points as learners of Torah:

The example in B’haalot’cha is of observing the Passover offering a month after its due time. For us today it can be a reminder to build inclusive communities, patiently seek balance with body, mind, and spirit, and meaningfully engage in mitzvot.

Observing a ritual at its appointed time is meaningful, connecting us with the Jewish people as links in a sacred chain of tradition. For example, when we light Shabbat candles at sunset on Friday, there is power in knowing that so many Jews are engaging in the same practice at that very moment. What if, however, we are unable to get home in time to light the candles at sunset? It raises the question: if we cannot fulfill a mitzvah at its appointed time, is it better to not do it at all?

This is the very question that a few Israelites raise in Parashat B’haalot'cha regarding the Passover offering. Moses and Aaron recognize that by only permitting one to fulfill this ritual at its appointed time, they exclude willing people from participating. Their response? Pesach Sheni (Numbers 9:6-12).

Priding ourselves on radical inclusion, the Reform Movement encourages everyone to participate in Jewish life and ritual as a means to connect to one another and to the Divine. In instances where observing rituals at appointed times hinders this connection, we too have written responsa and crafted policies for sheni, second chances for rituals and adaptations in Jewish practice. For example, for communities who do not gather on Shabbat morning (and thus would be unable to hear a Torah service), we permit a Torah service on Friday evenings.1 As Rabbi Richard Levy describes, “While Reform has increasingly sought holiness in space, we have resisted being concerned about the boundaries of holy time. Reform Jews generally light candles not at the halachic 18 minutes before sunset, but when the family has gathered for the Shabbat evening meal.”2 Just as Aaron and Moses established Pesach Sheni to allow more people to fulfill the ritual, the Reform Movement seeks a fulfillment of mitzvot that simultaneously increases access and holiness within our communities.

This week’s Torah portion offers a powerful model: while we should always strive to fulfill a mitzvah at its appointed time, we should also feel empowered to adapt ritual observances in order to increase meaning, holiness, and inclusion.

END_OF_DOCUMENT_TOKEN_TO_BE_REPLACED 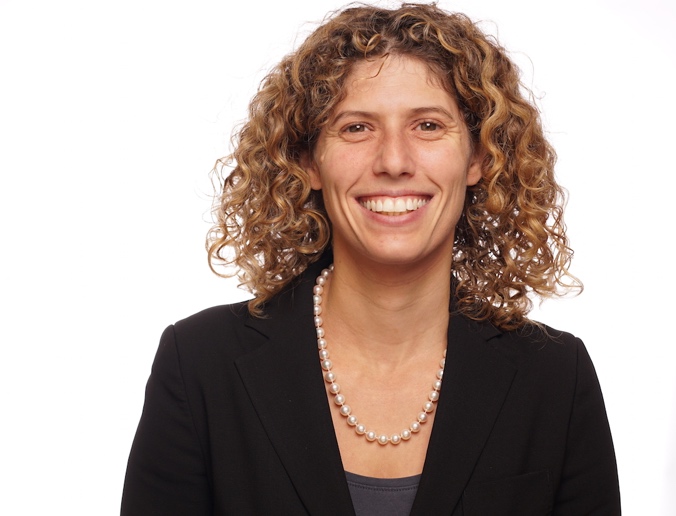 Rabbi Ilana Schachter (she/her) serves as Associate Rabbi of Temple Sinai of Roslyn in New York. She holds a bachelor’s degree in Comparative Literature and Judaic Studies from Brown University, and a MAHL as well as rabbinic ordination from the Hebrew Union College-Jewish Institute of Religion. Ilana resides in Roslyn with her husband and their two children.

END_OF_DOCUMENT_TOKEN_TO_BE_REPLACED

No One Said This Would Be Easy
Build Longer Tables, Not Higher Walls
Siblings Squabbles with Purpose, from the Book of Numbers to the History Books
Determining if Aaron Really Is a Man of Peace
Bringing Up Israel: Parenting a New Nation