The Jewish People Comes of Age

As a child, I was bookish, not especially athletic, and quiet. I liked hanging out with adults and generally trusted my parents' and teachers' judgment. I wasn't a risk-taker or a performer. I liked to watch British mysteries on PBS. I bore the brunt of a fair amount of teasing and bullying, and as a consequence, I wasn't especially at ease in my own skin.

It was only in later adolescence, when I found a group of friends who had similar interests and values, that I began to appreciate myself. In a like-minded community, I learned that the things I cared about mattered too, and that I should to be proud of myself for who I was — not ashamed of who I wasn't.

As an observer of Jewish history and culture, I am tempted to read the story of my growing up into the story of our people over the last forty years or so. During that time, American Jews have begun, finally, to feel comfortable in our own skin; to shed the shame and embarrassment of forebears; to celebrate our heritage, customs, and traditions — even some of the weirder ones — outwardly and openly.

In the last decades, we have finally, thankfully, put aside the debate over whether we should be "Jewish-Americans" or "American-Jews" and come to realize that one can be passionately Jewish and proudly American at the same time, without contradiction. This is largely a consequence of a broader shift in American attitudes, a greater appreciation for difference and diversity as something to be treasured and not feared.

In light of these changes, some years ago, the author Anita Diamant boldly pronounced, "This is a generation who have no use for the closeted Jew; the polite, blandly American and only privately Jewish Jews. No more Seinfeld; this bunch is Jewish inside and out" ("Minhag America," HUC-JIR graduation ceremony, April 30, 2008). Her words have not lost any of their resonance in the intervening years.

Alongside her words, we might place those of Rashi, our Torah commentator of record, on this week's Torah reading, Parashat Chukat. Chukat begins with an explanation of the parah adumah, "red heifer," ritual. In short, the Israelites are commanded to produce a "red cow without blemish, in which there is no defect and on which no yoke has been laid" (Numbers 19:2), slaughter it, burn it, and transform the ashes into a special "water of lustration" (19:9), used to render what has become impure, pure again.

Rashi, in his commentary on the first words of this instruction, testifies to the fact that "The nations of the world would taunt the Jewish people saying, 'What is this commandment and what meaning does it have?'" For this reason, according to Rashi, the ritual of the red heifer is called by the Torah a chukah, meaning "an indisputable decree before God, which you don't have any right to question."

Rashi understood what it was like to live as a minority in a majority culture. He understood the pressure to "fit in;" he understood what it was like to be the brunt of relentless bullying for being different; he understood the pressure to explain and justify himself according to the standards of the majority. And yet, Rashi also understood that enough was enough: It was time to stop listening to the jeers of the "nations of the world" and learn to have faith and confidence in the wisdom of our tradition, even if it doesn't make sense in the eyes of our neighbors. Nearly a thousand years ago, Rashi announced that it was time for us Jews to stop questioning ourselves, stop thinking of ourselves through the eyes of the majority, and start appreciating ourselves for who and what we are.

Today — in spite of resurgent anti-Semitism in Europe, in spite of hostile condemnations of Israel on college campuses, in spite of our ever-present desire to "fit-in" — there is no better time to be a Jew and to experience the diversity and beauty of Jewish culture in all its various manifestations. New positive expressions of Jewish culture proliferate on television, on film, in restaurants, and in books. In Diamant's words, "These are exuberant, sometimes startling expressions of a profoundly self-confident Jewish American voice."

It is tempting to see this prodigious creativity as a reflection of the American Jewish community's later adolescence — our own, much-belated acceptance of our essential difference and celebration of it. Perhaps, finally, we have banished the voices of the "nations of the world" and begun to appreciate ourselves for who we are.

Growing Up Means Taking Responsibility for Our Mistakes

Rabbi Skloot's reflections on Parashat Chukat are wonderfully insightful and inspiring. Indeed, this is a great time to be Jewish in America. Yes, we have traveled a long path to find the sense of security and self-confidence that allows us as individuals and as communities to openly practice our tradition, express our beliefs, and just be ourselves. The example of the parah adumah (red heifer), along with Rashi and Rabbi Skloot's comments, hits home the idea of the importance of "owning" who we are and what we stand for.

Later in the same portion, we are presented with another dimension of this lesson. We are asked not only to own our unique and sometimes obscure practices, but also to own our actions including our mistakes. In Numbers 20:12, Moses, having been instructed to speak to the rock in order to bring forth water, strikes it instead. Some suggest that Moses has lost his faith in God; others suggest that he has an anger management problem, as the story depicts a moment of frustration with the Israelites. Moses and Aaron both are punished for this deed and accept God's harsh decree as just: They will die in the desert, never entering the Promised Land. Later, the Israelites as a people also err. They speak out against both God and Moses, unhappy with the conditions of the desert. When God sends the punishment of snakes the people approach Moses and say, "We have sinned by speaking against God and against you" (Numbers 21:7).

It is not easy to take responsibility for our failings. Becoming a more confident and secure community allows us to do this and like our ancestors, we must. We must see our errors in our relationship with our God, our missteps within our community, and those mistakes we have made in a wider realm. Like Moses and the Israelites here, our ability to admit our faults and repair them is a sign of our strength as a Jewish community.

When do we read Chukat 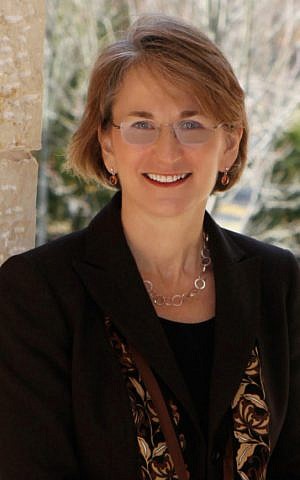 Rabbi Amy Schwartzman served as vice-chair of the Task Force on the Experience of Women in the Rabbinate and is senior rabbi at Temple Rodef Shalom in Falls Church, Virginia.

END_OF_DOCUMENT_TOKEN_TO_BE_REPLACED

Growth Means Taking Responsibility
In the End, There Was Love
Experiencing Torah Through Reckless Abandon in the Wilderness
Grappling with Death and the Need to Mourn
Chukat for Teens: Shabbat Sha-raps