Listening for the Voice of Homelessness

While most readers of the Torah consider Abraham’s willingness to sacrifice his son Isaac as his most troubling deed, his treatment of his firstborn son, Ishmael and Ishmael’s mother, Hagar, is also deeply disturbing. How can a father send his child away—to almost certain death—in the wilderness?

Chapter 21 of Genesis begins auspiciously: we learn that Sarah becomes pregnant and bears a long-awaited child to Abraham. Abraham and Sarah celebrate the birth of Isaac by circumcising him at eight days in fulfillment of God’s command, laughing at the miracle of his birth at their old age, and holding a great feast on the day he was weaned.

However, things suddenly take an ominous turn when Sarah sees “the son that Hagar the Egyptian had borne to Abraham, playing (m’tzacheik)” (Genesis 21:9). “Throw this slave girl and her son out. The son of this slave girl is not going to share in the inheritance with my son Isaac!” Sarah demands (21:10). What is it that has caused such a strong reaction?

Rashi, drawing from the midrash, offers a number of interpretations of the Hebrew word m’tzacheik, which is translated as “playing,” in The Torah: A Modern Commentary, Revised Edition.1 It could mean “worshipping” idols, as the same root is used when the Israelites were worshipping the Golden Calf (Exodus 32:6). It could also refer to immoral sexual conduct as the term is used by Potiphar’s wife to falsely accuse Joseph of forcing himself upon her (Genesis 39:14). Finally, Rashi suggests that it could mean murder, as used by Abner, King Saul’s cousin, to describe the conflict between his troops and those of David (II Samuel 2:14).

The exact meaning of the word m’tzacheik may be unclear, but its root is not: it is the same root as the name Isaac, as if to say that in Sarah’s eyes, Ishmael was pretending to be Isaac. Unwilling to relinquish his role as the firstborn to Abraham—and his rightful inheritance—Ishmael will not disappear on his own accord.

Nahum M. Sarna affirms that based on laws from other Middle Eastern traditions, “Ishmael, as the legitimated son of Abraham, was entitled to his share of the inheritance” (Understanding Genesis, New York: McGraw-Hill Book Company, 1966, p. 156). It is therefore not surprising that Sarah would be horrified and demand that Abraham, “Throw this slave girl and her son out.” (Recall that earlier, Sarah had afflicted Hagar after she gave birth to Ishmael, causing her to run away (Genesis 16:5ff).

What is surprising is Abraham’s response. Although Sarah’s demand grieves Abraham, when God encourages him to do what Sarah tells him to do, promising to “make a nation out of the children of the slave’s son” (21:13), Abraham essentially throws them out. This is the same Abraham who earlier in this portion confronts God concerning the impending destruction of Sodom and Gomorrah, asking “Must not the Judge of all the earth do justly?” (Genesis 18:25). Has Abraham suddenly lost his moral conscience? Why is he unable to do for his own son what he is willing to do for his nephew Lot and Lot’s family? How can Abraham force them to become homeless wanderers? The text for Sarah’s demand uses the same verb (gimel-reish-shin) as it does when Cain is expelled from the Garden to wander the earth (Genesis 4:14).

Homelessness continues to plague our society. As our economy struggles to recover from the recession, more families and individuals have lost their homes and apartments; most shelters are full and struggling to keep up with the demand to provide housing for those who need it.

The story of Ishmael and Hagar offers a number of lessons about homelessness. Sarah refers to them as “this slave girl and her son,” rather than by their names. God, too, calls them “the boy” and “your slave” (Genesis 21:12). Ishmael’s name is not mentioned in the entire episode, even by the narrator! For most of us, the homeless are nameless individuals. We might see them on the street or even serve them a meal at a shelter, but they remain anonymous.

After Hagar and Ishmael use up the bread and water that Abraham provided them, Hagar casts her son under and bush and walks away so that she will not have to see her child suffer and die. The text tells us that “she sat and wept in a loud voice” (verse Genesis 21:16). Yet, the very next verse says that “God heard the boy’s cry.” Did God ignore Hagar’s cry? Did God instead hear Ishmael’s “silent” cry?

It is natural for us to respond to the cry or suffering of a child more than that of an adult. But this text may be teaching us more: we need to hear and respond to the silence that cries out to us when men, women, and children are homeless. Indeed, those who have lost the ability to cry out may be the ones who especially need our help.

Finally, God sends an angel to inform Hagar that all will be well, “for God has heard the cry of the lad where he is” (Genesis 21:17). What is the meaning of the phrase “where he is,” which appears to be superfluous? Rashi cites the Rabbinic tradition that despite the fact that God had to be aware that Ishmael’s descendants would “kill your children with thirst” (Rashi to 21:17), God responds to the pain and suffering of the moment.

Indeed, we often wonder whether our helping the homeless will make a difference in their lives or whether they will end up back on the street. Our tradition rejects this line of reasoning and insists that we respond to the immediate needs of a homeless person (“where he is”). Wherever we see or hear pain and suffering, we are obligated to respond.

Temple Beth El in Tacoma, Temple De Hirsch-Sinai in Seattle, and Temple Beth Or in Everett have been chosen to participate along with a number of Christian and Muslim communities in the Faith & Family Homelessness project of the Seattle University School of Theology and Ministry. Inspired by our religious traditions and stories, we hope to inspire our communities to increase advocacy and care around the issue of family homelessness, and to create a model that other communities might use to respond to this issue.

The story of Hagar and Ishmael teaches us that knowing those who are homeless by name offers us a personal connection to them and their stories. Second, we need to respond to the homeless even when their cries might be silent. And finally, we need to begin meeting them where they are as we reach out our hands and our hearts to those in need.

In this parashah, Sarah plays a pivotal role in convincing her husband Abraham to banish Hagar and Ishmael. The jealousy that Sarah feels toward her husband’s concubine and his firstborn son poisons her relationship with them. Ultimately, Sarah’s jealousy leads her to demand that Abraham cast them out. As they were sent out into the wilderness without food and water, the survival of Hagar and Ishmael was questionable!

One has to wonder if Abraham’s behavior is the result of the guilt he feels for his previous treatment of his wife. After all, in the beginning of Genesis 20 he passes Sarah off as his sister in order to protect himself. Payback can be rough, and Abraham pays for his behavior in kind, even when it means the possible death of those he loves. That is some heavy price to pay!

Family dynamics are certainly as complicated today as they were in Abraham and Sarah’s time. Think of the many families in our own congregations who have been transformed and effected in positive and negative ways as the result of conflict, divorce, remarriage, adoption, illness, death, and poverty.

We learn from the actions of our ancestors that the stresses of jealousy and vying for status and money can lead to unethical and even violent results. By softening our attitudes and opening our hearts, we can replace hatred with love and forgiveness. Blessing can come, even from the most difficult situations if we persevere and keep talking! After all, Ishmael and Isaac reconciled to bury Abraham together, and in the end, were able to get past their father’s betrayal. If they can do it, so can we.

Cantor Lisa Levine is the cantor of Temple Shalom in Chevy Chase, Maryland and the author of Yoga Shalom, published by URJ Press.

When do we read Vayeira 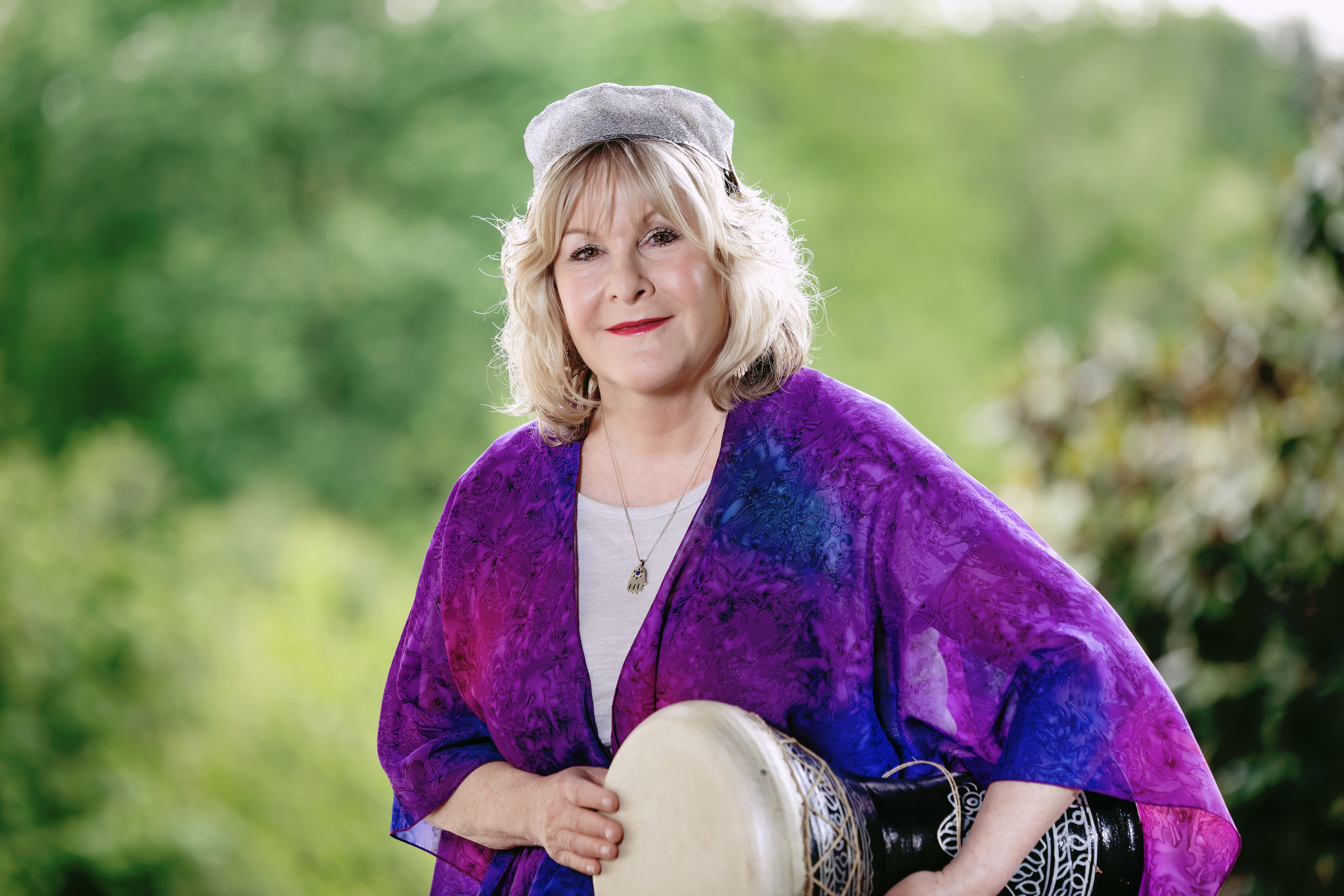 Rabbinic Pastor/Cantor Lisa L. Levine (“The Yoga Cantor,” RYT) is a well known composer, author, poet and recording artist. She received her ordination from HUC-JIR DFSSM and received Ordination as Rabbinic Pastor through Aleph Alliance for Jewish Renewal in 2018. Lisa has recently published her first collection of poems Heart of Light: Poems of Longing Loss and Life with artwork by Julie Silver. She teaches Yoga Shalom at Home, freelances as a worship artist, and serves as artist-in-residence for Temple Rodeph Torah in Marlboro, N.J. Learn more at cantorlisalevine.com.

END_OF_DOCUMENT_TOKEN_TO_BE_REPLACED

Cultivating Hope
Angel Spotting
Letting Abraham's Example Guide Us, During Election Season and Beyond
The Mitzvah of Lying
Sacrifice My Son? What Was I Thinking?