Nothing Is Merely Ordinary!

Judaism teaches us to distinguish the holy. This doesn't mean that holy things are separate from ordinary ones; rather, the ordinary can become holy. For example, when we enter a crowded room, we notice people superficially: what they're wearing, their hairstyles. We have an ordinary perception. But standing with a person and talking together while looking into one another's eyes, our perception shifts; we see that person differently, more deeply. This is a holier perception. Noticing the beauty of nature is an ordinary behavior. By acting to preserve that beauty, our behavior becomes holy.

The society we yearn to shape isn't just utilitarian or self-serving. We imagine utopia, a messianic shalom, the "peace" of wholeness, where all are connected to one another in harmony. Imagine a puzzle whose pieces are jumbled; the task is to organize the pieces so they fit together. One realizes that the pieces can't be joined randomly. Ultimately, the larger picture that is achieved transcends each piece and makes sense. So, too, it is with our life's efforts. We're part of a larger puzzle, we seek our place, and we appreciate that everyone in the world has a place, though not necessarily next to us. And while each piece seems self-defined, its true meaning emerges when the puzzle is finally put together. Each of us influences the whole. When we live in a manner that reflects this perception of our place in life, we make holy decisions. When we act according to our own little piece, we are ordinary.

In our Torah portion, B'haalot'cha, as the people moved from Mount Sinai toward their destined Promised Land, Moses organized them into battle troops to protect against surprise attack and prepare them for the conquest of Canaan.

The eighteenth century Chasidic rebbe, Dov Baer of Mezritch asked, "Why did Moses need to make trumpets to gather the people, rather than a shofar? The term chatzotz'rot, " trumpets," might be understood as chatzei tzurot, 'two sides .' One half of our teacher Moses was on the level of angels, and the other half was on a human level," (quoted in Itturei Torah, vol. 5, compiled by Aharon Yaakov Greenberg [Tel Aviv: Yavneh Publishing House, 1996], p. 58).

The Israelites expected the shofar's blasts to summon them, but not for military purposes. It made sense to have a different instrument to call them for rapid mobilization, avoiding confusion and panic. This mustering drew each individual's attention away from himself or herself. Levites guarded the Mishkan, women gathered the children, men became soldiers, and all took their assigned places to protect the entire community.

Perhaps with this understanding, the Mezritcher observed that the Hebrew word for " trumpets" draws our attention to a deeper concept. He noted a connection between chatzotz'rot andchatzei tzurot, two sides. The trumpets bridged the gap between individual and community in a time of emergency.

Then Dov Baer considered: Moses had two sides, the angelic and the human. Moses was able to dwell both in the heights with God on Mount Sinai and on the plains of the wilderness with the people. Perhaps by referencing Moses as "teacher," the Mezritcher discerned that yes, Moses was gifted with this ability, but he could teach us how to achieve it. He gave us Torah.

Why did we need trumpets to call us? It was a most practical tool for convening the people rapidly. A tool was necessary; no one would have argued that. The midrash suggests that in order to convene our spiritual side along with our normal side, the angelic and the human, the holy and the ordinary, we need a tool. We need something to alert us to the danger of doing nothing at all and remaining ordinary. And we need chatzotz'rot, more than one—a single trumpet isn't enough.

The chatzotz'rot alert us to spiritual imbalance. As the troops were alerted and trained to move forward toward the Promised Land, so we prepare to perceive and navigate the obstacles in our way.

We all travel into the unknown. We seek a Promised Land; does it exist? In The Heart of the World: A Journey to the Last Secret Place, author Ian Baker describes his journey to a small, uncharted and dangerous region in Tibet, infested with bloodsuckers, with torrential storms and mudslides, with dense rainforests and thunderous whitewaters (New York: The Penguin Press, 2004). Imagine fist-sized leeches raining down. Yet Baker's spiritual writing leaves the reader feeling calm. Baker never reaches his Promised Land. Instead he discovers himself in context, woven into the value of each place as it is affected by his presence. It didn't really matter where he was, but how he influenced where he was, and how it influenced him. Every ordinary experience, even the darkest ones, gained meaning in subtle ways. They became holy.

All humans suffer. Yet that pain is diminished when we serve others. Putting our lives into a larger context gives us perspective and hope. The pain doesn't have meaning, but our lives do. Interestingly, the word tikvah, "hope" has the root kuf-vav ,kav, which means, "line." A line connects at least two points. Hope exists when we are linked with at least one other person or God. To be hopeless is to be isolated, disconnected. When we feel hopeless we need reminders that we are not alone. We need to someone to reach out to us. We need chatzotz'rot. Our chatzotz'rot include:

My confirmation students often wrestle with whether or not living Jewishly needs to include ritual observance. They easily support the commitment to social justice. They do not make readily the connection between ritual and ethics. But they learn through their own contradictions: One student said that Shabbat is important because on that day the community comes together. Then he said that he doesn't need to observe Shabbat because it's a personal choice. When asked whether nonobservance of Shabbat is a good choice, considering that Shabbat builds community, he realized his inconsistency.

Rituals are spiritual tools. The trumpets blared and each individual halted in place, took notice, and moved into place within the larger community to protect the whole from danger. So Judaism summons us away from egocentrism and toward one another, toward communal rituals and service that strengthen and uplift everyone, transforming the ordinary into the holy.

Rabbi Elyse Frishman is the spiritual leader of The Barnert Temple in Franklin Lakes, New Jersey. She is the editor of Mishkan T'filah, A Reform Siddur .

Our parashah begins with the command to Aaron to light the lamps of the menorah in the Tabernacle (Numbers 8:1-3). Building of the menorah and lighting of the lamp involves far more than simply striking a match. Here, the Torah doesn't use the Hebrew root dalet-lamed-kuf, "light" (as in l'hadlik neir, "to light a candle"). Instead, it uses the phrase B'haalot'cha, "When you mount the lamps," with the Hebrew root ayin-lamed-hei, which means "to elevate" or "to lift up." Why does the Torah use this term? Our Sages explain that Aaron was to hold the flame in place until the flame ascended (see Rashi on Numbers 8:2).

In another explanation, a midrash teaches ( B'midbar Rabbah 15:5) that it is not for God's sake that we light the menorah, but for our own. "And God said: Out of the darkness I brought light; do I then need your light? I only told you to kindle lamps in order to elevate you." As Rabbi Frishman points out, rituals are spiritual tools. Ritual can bring order in the midst of chaos, provide language for occasions that defy words, and guide us through both joyous and challenging transitions. The lighting of the menorah is just one example of the way ritual may elevate the ordinary to the holy. Vanessa L. Ochs writes, "I learned to relinquish the belief that for Jews, the only rituals that really 'count' are the ones commanded in the Torah. There is no denying that a source in the Torah, both written and oral, continues to be a compelling source of precedent. But it is acknowledged that nowhere in the Torah does God command Moses to tell the Children of Israel to cover their heads with yarmulkes" ( Inventing Jewish Ritual [Philadelphia: The Jewish Publication Society, 2007], p. 31). We are all ritual innovators, blessed with the sacred challenge of finding Jewish meaning. Just as Aaron kindled the light in the menorah so can we be drawn toward the holy through our rituals, whether innovative or ancient. 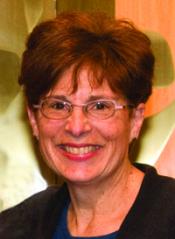 END_OF_DOCUMENT_TOKEN_TO_BE_REPLACED

No One Said This Would Be Easy
Build Longer Tables, Not Higher Walls
Siblings Squabbles with Purpose, from the Book of Numbers to the History Books
Determining if Aaron Really Is a Man of Peace
Bringing Up Israel: Parenting a New Nation