Preaching on the Haftarah and Reassessing Tishah B’Av

Parashat Mas’ei is the concluding reading from the biblical Book of Numbers and is filled with a wealth of historical detail. This year, the Shabbat on which we read Mas’ei comes at the beginning of month of Av. If this had been any other month in the Hebrew calendar, we would have read Isaiah 66:1–24, the traditional haftarah for Shabbat Rosh Chodesh, "the Sabbath that falls on the first of the month." But instead, we read a special haftarah chosen for the period leading up to Tishah B’Av (Jeremiah 2:4–28, 3:4, 4:1–2). This haftarah from Jeremiah is part of a series chosen just for this season, when we remember the destruction of the First and Second Temples (586 B.C.E. and 70 C.E.).

Jeremiah 2:4–28, 3:4, 4:1–2 is the second of ten haftarot in the series; traditionally, three are read on the Sabbaths prior to Tishah B’Av (Jeremiah 1–2:3; Jeremiah 2:4–28, 3:4, 4:1–2; and Isaiah 1:1–27), and seven are read on the following Sabbaths. These ten are known as _, Aramaic words meaning “the three of retribution and the seven of consolation.” The “program” of reading these haftarot was created in the Land of Israel probably no later than the fifth century c.e. By the tenth or eleventh century, these readings were accepted for these Sabbaths throughout the Jewish world, that is, in Ashkenazic and Sephardic traditions; Reform Judaism follows this practice as well.

As will become clear, the contents of these haftarot suggest to me that we might consider a reassessment of the meaning of Tishah B’Av in our congregations and communities. What would it mean if we spent that day in communal self-reflection focusing on self-evaluation regarding the legal, economic, social, moral, and religious issues of our own time—rather than on the ancient destruction of the Temple and Jerusalem? If we were to institute such a program, we would be following the lead of rabbis in the Land of Israel who used these three haftarot, as well as the next seven, as the basis for a remarkable collection of midrashic sermons found in P’sikta D’Rav Kahana (a fifth- or sixth-century-c.e. collection of homilies for special Sabbaths and holidays) that deal with just these subjects.

Broadly speaking, the three haftarot of retribution (also called the three haftarot of affliction) were chosen to represent prophetic visions of the sins of the Hebrews that led to the destruction of the Temple. Our portion, Haftarat Shim’u (“Hear!”), derives its name from the first word of the opening verse, Jeremiah 2:4. The prophetic text, and the P’sikta D’Rav Kahana sermon built on it, deal with every aspect of religious disloyalty and the incapacity of the people to hear, understand, and accept responsibility. Put another way: God cannot comprehend why the people would follow other gods. God knows what God has done for the people; why do they not understand, appreciate, and turn only to God?

This idea is expressed in the first verses:

Hear the word of the Eternal, O House of Jacob,
Every clan of the House of Israel!
Thus said the Eternal:
What wrong did your fathers find in Me
That they abandoned Me
And went after delusion and were deluded? (Jeremiah 2:4–5)

In the next verses, the prophet makes a list of what the people never asked themselves, a series of questions that should have reminded them of all the saving acts God performed. The list begins with the redemption from Egypt and concludes with God bringing the people to a “country of farm land to enjoy its fruit and bounty” (Jeremiah 2:7). As is typical of prophetic literature, much of the content of the haftarah is, tochachah , “rebuke,” detailing the defilement of the land, the failings of priests and guardians of Torah, rulers, and prophets—in short, all who disappointed God by turning away from God’s teachings. Only at the end of the haftarah does the prophet offer nechamah , “consolation,” that if the people truly repent and swear, “‘As the Eternal lives,’ in sincerity, justice, and righteousness,” the nations will bless themselves through Israel (Jeremiah 4:2).

Our haftarah opens and concludes expressing one central theme: the need for the people and its leaders to take responsibility for their beliefs and actions. This theme is picked up and strengthened in the midrashic sermon in P’sikta D’Rav Kahana on Shim’u . As is typical of the Rabbinic interpretation, the midrash turns Jeremiah 2:5 from rebuke of the “fathers” to praise, as a technique to cast the “children” in a worse light:

What wrong did your fathers find in Me that they abandoned Me and went after delusion and were deluded? The Holy One said to Israel: “My children, your fathers found no iniquity in Me, but you found iniquity in Me.” ( Pesikta de-Rab Kahana , trans. William G. Braude and Israel J. Kapstein [Philadelphia: Jewish Publication Society, 2002], pp. 270–271)

In other words, the midrash reads Jeremiah 2:5 as a rhetorical question with a negative answer—the fathers found no wrong in God! Four examples of “fathers” follow: Adam, Pharaoh (!), Moses, and the ancestors in the desert. A parable in the Adam example suffices to stress the contrast between the ancestors and their descendants regarding the theme “acceptance of responsibility”:

With whom may Adam be compared? With a sick man whom a physician was attending. The physician said: “Such-and-such you may eat and such-and-such you are not to eat.” But the sick man disregarded the physician’s instructions and so found himself on his deathbed. When his kin came in to him and asked him: “Would you say that the physician used bad judgment in this treatment of you?” he replied: “Certainly not. I am the one who brought death upon myself. The physician gave me specific instructions . . . but when I disregarded his instructions I brought death upon myself.” (Ibid., p. 271)

The midrash then concludes with Adam quoting God’s command not to eat of the fruit of the Tree of Knowledge of Good and Evil (Genesis 2:17). Adam goes on to state that by violating the command, he alone was responsible for his own demise.

The emphasis throughout this haftarah, as well as the ones that precede and follow it, is not on mourning the destruction of the Temple, but on the actions and beliefs of the people who—from a biblical perspective—violated God’s commands. The midrash and the examples it presents stress the capacity for self-reflection and self-evaluation, and an acceptance of responsibility for what has gone wrong. Together, the biblical text and its Rabbinic interpretation offer a transformative model for our thinking about Tishah B’Av. Tishah B’Av could be a day that we spend in self-reflection and self-examination regarding (1) the legal, economic, social, moral, and religious issues of our own time, (2) the ways our congregations and communities might measure ourselves and society against our commitments to social justice, and (3) the obligations we have to take responsibility for helping to make this a better world.

After Darkness -- There is Light

I once was a slave in the narrow straits of Egypt. I stood at Sinai and received Revelation in a moment of glorious quiet. I entered the Promised Land with Joshua, ready to fight battle if required. I lived in Jerusalem when King Solomon built the richly hued Temple. I listened to the prophets Isaiah and Jeremiah preach. (And alas! I didn’t believe a word they said!) I witnessed the destruction of the First Temple, and then later the Second Temple.

In every generation my being has lived every moment of Jewish history because these are the stories that run through our Jewish veins. Each tale may not have immediate, obvious relevance, but they provide the deep well of possibility of Jewish resonance, if not for comprehension now, then for later, or for a generation to come. As Robert Coles writes, stories “become for us a signpost, a continuous presence in our lives” ( The Call of Stories: Teaching and the Moral Imagination [Boston: Houghton Mifflin, 1989], p. 68).

Our haftarah for Mas’ei relates how we departed from God’s ways, regardless of God’s beneficence and despite warnings of dire consequences. The Ashkenazim and Sephardim each offer different coda (see W. Gunther Plaut, The Haftarah Commentary [New York: UAHC Press, 1996], pp. 416, 424). The Ashkenazim give us Jeremiah 3:4, “Just now you called to Me, ‘Father! You are the Guide of my youth.’” And the Sephardim add these passages from Jeremiah 4:1–2: “If you return, O Israel . . . / If you return to Me . . . / And do not waver . . . / Nations shall bless themselves by you.” Both postscripts call for a return from wrongdoing toward responsibility and God, with a redemptive promise inherent in such a return.

We follow the haftarot as they escalate their words and symbols toward the tragic day of Tishah B’Av. We see how again and again the redemptive opportunity was not optioned by us. Layer upon layer of each of the messages of the haftarot read before Tishah B’Av echo the repetition of tragic history, as destruction ensues over and over on the ninth of Av. In contrast, the haftarot that follow Tishah B’Av offer repetitive comfort.

The pattern is the symbolic lesson. After darkness—there is light. Following the preface to tragedy, and catastrophe itself epitomized by Tishah B’Av, there is consolation. There is value in this design of haftarot, a symbolic prequel to our worst of times. There is merit to the commemoration of Tishah B’Av, the remembrance of the blackest historical moments we endured as a people. It becomes an appropriately buffered signpost, so that we can live other yearly moments in Jewish being and celebration.

END_OF_DOCUMENT_TOKEN_TO_BE_REPLACED 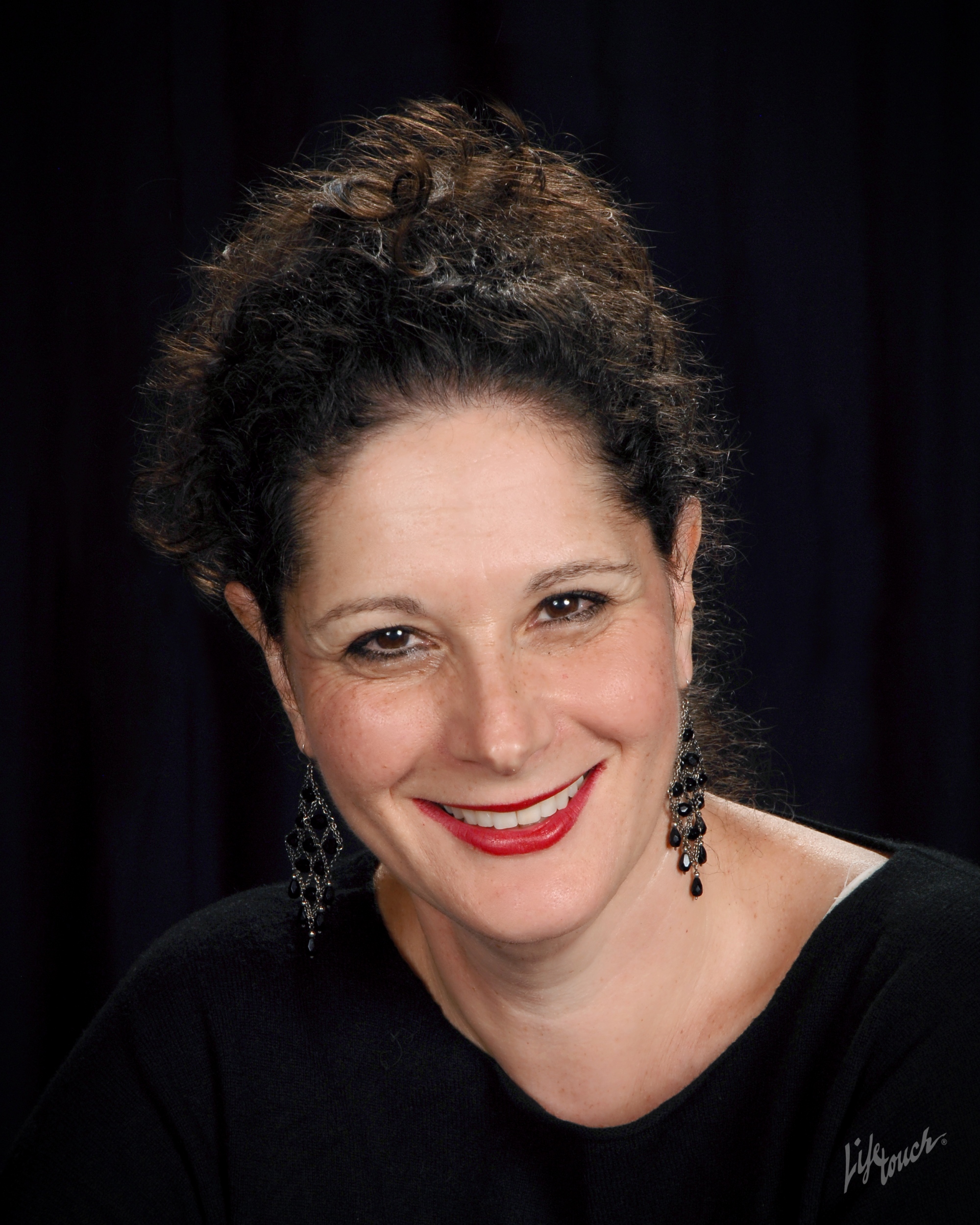 Rabbi Linda Joseph is the rabbi at Bet Aviv in Columbia MD, an adult-only Reform Jewish congregation. Among her many passions are Torah and bread baking. She is the loving owner of two sourdough starters – “Harry” and “Hazel” – that have been sustaining her learning of Torah and her love of bread during the 2020 pandemic.

END_OF_DOCUMENT_TOKEN_TO_BE_REPLACED

Just Don’t Forget About Us Women
Lost Stories
On the Road Again
Mas'-ei for Tweens
There Is Safety in Numbers: Reception History and Cities of Refuge