At the heart of the universe is a steady, insistent beat; the sound of cycles in sync. It pervades nature at every scale from the nucleus to the cosmos. Every night along the tidal rivers of Malaysia, thousands of fireflies congregate in the mangroves and flash in unison, without any leader or cue from the environment … even our bodies are symphonies of rhythm, kept alive by the relentless, coordinated firing of thousands of pacemaker cells in our hearts. In every case, these feats of synchrony occur spontaneously, almost as if nature has an eerie yearning for order. (Steven Strogatz, Sync: The Emerging Science of Spontaneous Order [NY: Theia, 2003], p. 1).

We arrive at the final chapters of Leviticus dizzy from detail. From a divine calling to Moses in the book’s first word, we pondered priestly power, purpose, and purity. Leviticus imagines a world of chaos brought to order by the precision of a chosen few. From the cosmic to the personal, we encounter a universe of interconnectedness. The choice of one may turn the fate of all. Sacrifice sanctifies. Disobedience taints. Humanity holds the potency to determine our future.

Parashat B’chukotai closes this levitical frame with a vision of the possible paths of this potency. Our perspective has been elevated from the fate of an individual, and instead we conclude with a collective perspective. The nation will rise or sink together. The future is inherently shared. If humanity mirrors divine categories of people, place, and thing, we will experience blessing and peace. If we stray, desolation and destruction will be our destiny.

For the modern reader, even as we hold space to explore our sacred text, the backdrop of this book is that we do not live in Leviticus. The Temple was destroyed. Some, like me, rejoice rather than mourn such destruction. The purity rites and priestly performances are now but remembrances, no longer reflected in Jewish life. The directive clarity of these chapters is betrayed by its fragility in history. It becomes easy to dismiss much of Leviticus as broken remnants of long ago.

But doing so would miss an essential wisdom that ripples at the surface of every verse, a truth needed by all today. For the levitical society was one in which this cosmic interconnectedness emerged in ethic. Justice could not be bought by the rich nor could the poor remain impoverished. The blessings of one were commanded to be blessings shared by all; systems of perpetual economic injustice were abolished; the marginalized were to be included in all communal consciousness. Addressed as a nation, the Israelites were given a worldview in which each person was tethered to the next; in fate, in behavior, no individual was an island, nor was any choice disconnected from the collective.

At a time when we watch the collapse of civil discourse, and the bloom of bifurcation and political tribalism, such a consciousness seems but a distant dream. Many of us feel all of this in the most personal of ways. We have lost friendships and even familial connections, we have boycotted news sources and websites. Some of us have felt marginalized and silenced, others emboldened and heard. Whatever landscape of reality once invited us to find shared ground of humanity is diminished. And when many of us look across the country, across party lines, across the pew, we find only allies or enemies — a binary battle of belief.

In our divisions, we have largely lost the sense of a hope that may unify us. As Yuval Noah Harari captured prophetically in his Homo Deus: A Brief History of Tomorrow:

People feel bound by [democracy] only when they share a basic bond with most other voters. If the experience of other voters is alien to me, and if I believe they don’t understand my feelings and don’t care about my vital interests, then even if I am outvoted by a hundred to one I have absolutely no reason to accept the verdict. Democratic elections usually work only within populations that favor some prior common bond, such as shared religious beliefs or national myths. They are a method to settle disagreements among people who already agree on the basics.

According to Pew Research, political partisan polarization is wider today than it has been since 1879, the earliest year for which there is data. Prior to that, facing a nation of division, President Abraham Lincoln addressed the Wisconsin State Agricultural Society in 1859:

The man of the highest moral cultivation, in spite of all which abstract principle can do, likes him whom he does know much better than him whom he does not know. To correct the evils great and small, which spring from want of sympathy, and from positive enmity, among strangers, as nations, or as individuals, is one of the highest functions of civilization. To this end our Agricultural Fairs contribute in no small degree. They make more pleasant, and more strong, and more durable, the bond of social and political union among us. (Abraham Lincoln Online: Address before the Wisconsin State Agricultural Society)

In the face of division, our greatest antidote is to come together: To create the space for encounter. To imagine the stranger not as our enemy, and the neighbor as one with whom we share an entwined fate. To imagine together a dream towards which we might both orient, a dream altered and reimagined by living with others. In such relationship we may begin to see rhythms fall into synchrony and order that emerges organically through an expanded awareness. Our Sages illustrate this succinctly in Vayikra Rabbah 4:6:

“Rabbi Shimon bar Yochai taught a parable: A group of people were on a ship. One of them took a drill and started drilling underneath his seat. The others said to him: What are you sitting and doing? He replied: What do you care. Is this not underneath my own seat that I am drilling? They said to him: But the water will rise and flood us all on this ship.”

In encounter, we may find our perspective elevated. We may come into an awareness of fates entwined with our own. And in so doing, we may shift our choices.

Amidst the possible futures of blessing or curse in Parashat B’chukotai we face a word found nowhere else in Tanach: kuf-reish-yud, “keri.” In Leviticus 26:23-24 we read: “If you walk with Me keri … then I [God] will walk with you keri.” There is great debate about how to translate this word keri. For the sake of this writing, I will center on one understanding that surfaces in both Rashi (on Lev. 26:21) and Rambam (Laws of Fast Days 1:3): keri means “something that happens randomly or sporadically.” One who offers God relationship only occasionally will be met with random response. Carrying this forward into a collective ethic, if we live out an attitude of cohesion, we will find cohesion in our own time of need; if we fail to do so, if we pull away and imagine ourselves as separate, we will be left abandoned on a sinking ship. Tethered together, in relationship with citizen and stranger alike, God will grant peace and be ever-present in our midst (Lev. 26:6, 12).

As we come to the close of this book, as the final verses are chanted in sacred spaces around the world, communities will rise as one and declare Chazak, chazak, v’nitchazeik, “Be strong, be strong, and together we will be strengthened.” A communal anthem, it invites us to find shared words and sentiment echoed in myriad timbres and accents. We imagine each person affirming strength to one another, united under a shared fate. Our ritual encounter with Leviticus then mirrors the very worldview found therein: in a world of division and chaos, ours must be a collective perspective. Woven together, relationship brings us into a collective synchronicity. And like cells at the very heart of our being, it is in sync that we may flourish and flow to every corner: a shared dream … a shared path … our shared fate.

Rabbi Ben Spratt is the senior associate rabbi of Congregation Rodeph Sholom in New York, NY. His passion continues to be building community beyond existent walls and boundaries and, in partnership with many others, has sparked Shireinu, Tribe, New Day Fellowship, and Minyan.

Working Collectively to Bring About Change

Rabbi Ben Spratt teaches that Parashat B’chukotai reminds us of our interconnectedness, saying: “Addressed as a nation, the Israelites were given a worldview in which each person was tethered to the next; in fate, in behavior, no individual was an island, nor any choice disconnected from the collective.”

In The Torah: A Women’s Commentary, Cantor Sarah Sager tells us something similar:

“The catalogue of threats and promises is a biblical way to explain how intimate the connection of the natural realm of the universe is to the moral realm. The two realms do not function independently of each other. There is a moral order to the universe as surely as there is a more easily observable natural order of ‘rains in their season.’ ” (Tamara Cohn Eskenazi, ed., Andrea L. Weiss, assoc. ed. [NY: WRJ and URJ Press, 2008], p. 782).

I believe that as the Book of Leviticus comes to a close, we are not told of the blessings and litany of curses in order that we might be afraid, but rather in order that we might come together to bring blessing into this world. We do this best when we respect and care for each other, and for our world. But political and social forces can encourage us to separate ourselves from one another, with unfortunate results. Too often, we feel the burden of destruction through gunfire, through anger and hatred, and through natural disaster. And yet, this parashah reminds us of the continued counter-cultural nature of Judaism. At times of division, we must be inspired by our responsibility to work together.

Sometimes the challenges we face feel insurmountable, and we wonder how each of us can make a difference. This parashah teaches us that it is not our responsibility to make a difference as individuals, but rather to work together to bring about change. This week’s story is not one of personal reward and punishment, but a stark reminder that, as Cantor Sager says, “…the physical and ethical dimensions of God’s Creation are wholly dependent upon each other, and we ignore that relationship at our peril” (p. 783). We are reminded that we are all connected to one another, and ultimately, all connected to the Divine in a way that affects the destiny of the world. Both are heavy burdens in some sense, but both also provide an immense opportunity to bring blessing into this world. “This is the partnership that must one day bring about fulfillment of our hopes, dreams, and strivings – the sparks released as heaven and earth, heart and mind and soul are united at last” (ibid.).

As we conclude this book and together chant the words, Chazak, chazak, v’nitchazeik — “Be strong, be strong, and together we will be strengthened,” may we work together to strengthen one another, to strengthen the bonds that unite us all, and to bring about the partnership described by Cantor Sager that the world so desperately needs.

Deborah Niederman, RJE, is the associate director of the Union for Reform Judaism’s Leadership Institute.

When do we read B'chukotai

Rabbi Ben Spratt is the senior associate rabbi of Congregation Rodeph Sholom in New York, NY. His passion continues to be building community beyond existent walls and boundaries, and in partnership with many others, has sparked Shireinu, Tribe, New Day Fellowship, and Minyan.

END_OF_DOCUMENT_TOKEN_TO_BE_REPLACED 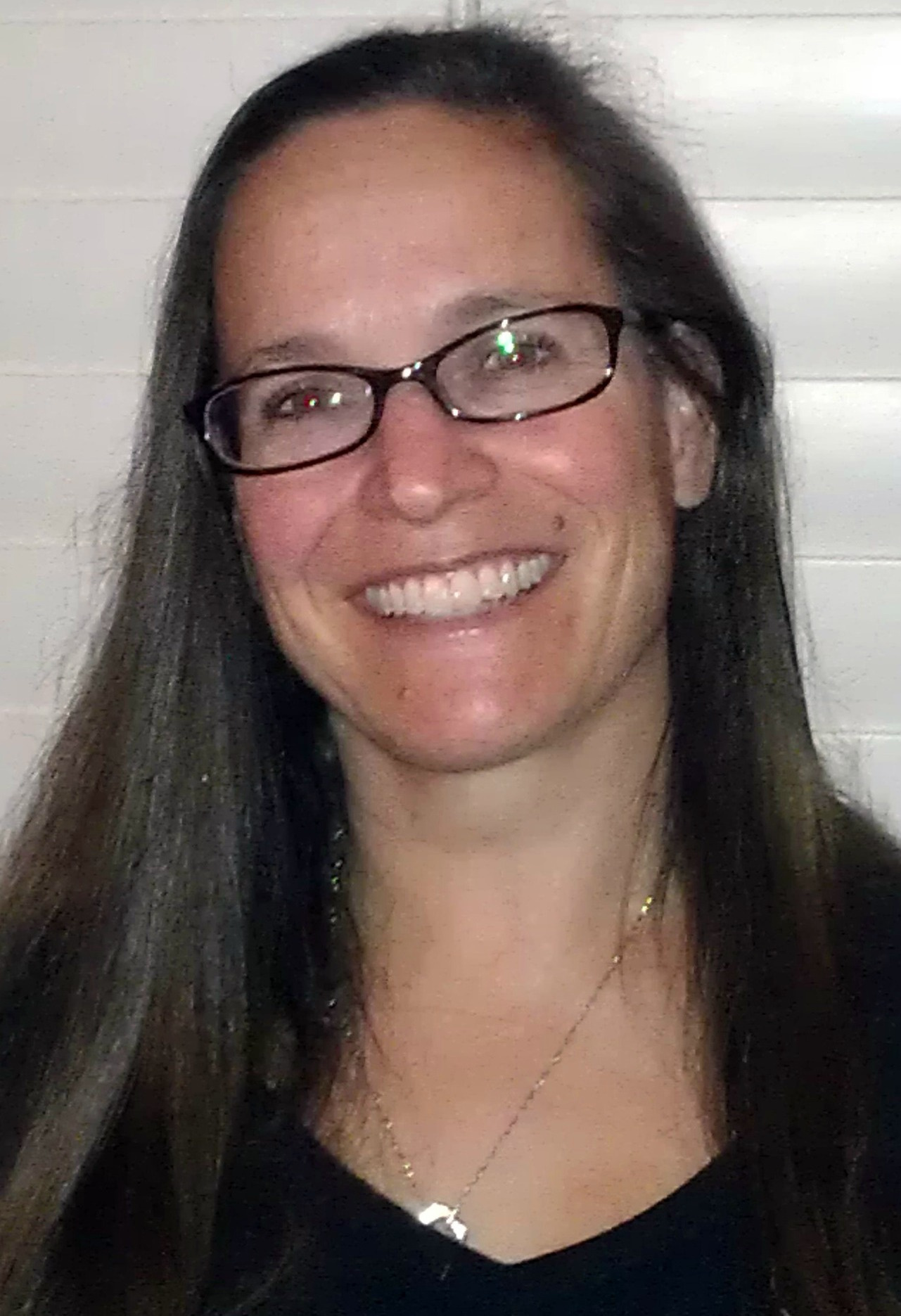 Debbie Niederman, RJE, is the associate director of the Union for Reform Judaism's Leadership Institute.