The Sukkah and the Jewish Experience

The biblical explanation for the sukkah is that the Israelites were commanded to dwell in these habitations for one week during the year “in order that future generations may know that I made the Israelite people live in booths when I brought them out of the land of Egypt, I the Eternal your God” (Leviticus 23:43). This dwelling in “booths” is not just a historical fact that has to be learned, like the account of the binding of Isaac as read on Rosh HaShanah, or the bravery of Mordecai and Esther as read in the M’gillah on Purim. It is more like matzah and maror eaten on Pesach, a message so important that it must be not only learned and memorized, but also experienced, year after year. And the reason for this is that it is not simply part of the distant past. It is a lesson with ongoing experience. Let us focus on two aspects of the sukkah as a symbol of Jewish experience not just millennia ago, but bearing a message of ongoing significance.

The first component of the wilderness period is an expression of being on the move, without deep roots. While the Israelites were in Egypt, despite the discrimination and oppression they had to endure, there was a certain security in being part of a great nation, with knowledge of what they could expect. After the Exodus, they were removed from that security of the past, but they were, of course, not yet in the Promised Land. Theirs was a life of transience, not knowing what to expect, always on the move, uncertain about their food supply. A Golden Calf could be worshipped, a rebellion against Moses and Aaron could arise. There was nothing permanent, nothing reliable, except for the presence of God.

The Bible suggests that God wanted the people to have a physical reminder of this state of impermanence and uncertainty, not only while they were in the wilderness, but also — even more important — once they had reached and settled in the Land of Canaan. The message seems to be: “Don’t assume it is automatic that you will remain here in this land permanently. Remember what it was like to live in temporary quarters. It can happen again.”

And indeed that was the case. During the period of the judges, there were constant challenges from the surrounding nations, and severe tensions among the different tribes. A united kingdom of the Israelite tribes was established under King David and King Solomon. But after the death of Solomon came the uncertainty of two kingdoms, Israel and Judea. Toward the end of the eighth century BCE, the northern kingdom was conquered by the Assyrians who exiled most of the population and spread the people throughout the Assyrian Empire. At the beginning of the sixth century BCE, the southern kingdom of Judea was conquered by the Babylonians, and its leadership transported to the East.

Throughout the millennia of the Diaspora, this message of ultimate impermanence was even more applicable. Great centers of Jewish life were established: in Babylonia and Persia; in Spain, Italy, the Ottoman Empire, Poland, and Germany. In these new centers, Jews flourished intellectually and economically. Many of them began to identify with their surroundings: they often felt that they were an integral part of the surrounding culture; they believed that they had planted roots into the native soils.

We tend to assume that the United States is different from all the other Diaspora environments. America is unique; the familiar pattern of the past will not be replicated here. But the message of the sukkah may indeed be that we must not take for granted even this home that seems so permanent. The percentage of Jews in the American population continues to diminish. It is indeed possible that — as a consequence of intermarriage, a low birth rate (despite the high birth rates among Ultra-Orthodox it is beneath the replacement level), and the higher age of parents when their children are born — the great Jewish community of the United States might all but disappear in the next 100 years. Only by remaining cognizant of this, by heeding the message of impermanence embodied in the sukkah, can we hope to make our presence in this country more permanent.

What we may learn from the sukkah is not only impermanence and uprootedness, but also a message of dynamism and flexibility. The great symbol of Egypt is the pyramids; travelling to see them — constructions that we can still climb after 3000 years — is indeed awe-inspiring. The Israelites left other symbols of permanence behind: their central construction in the wilderness was a Tabernacle that could be picked up and moved with the people. The second aspect of Jewish historical experience represented by the sukkah is that ours is a heritage that is not frozen, stagnant, unmoving; to the contrary, it is always evolving, growing, moving forward with the people.

The Middle Ages are often depicted as a monolithic “age of faith.” For Jews, this was actually a period of considerable vitality and diversity. Around the year 1100 CE in northern Europe, a new dynamic mode of Talmudic study, represented by Rashi and the Tosafists, enabled Jews to reconcile the Babylonian Talmud, completed 600 years earlier, with changes needed for contemporary realities such as the colder winters and the late arrival of sundown in the summer. The peak of religious philosophy, represented by Maimonides and his followers, confronted the challenge of Greek, Arabic, and ultimately Christian rationalism, and used this to enrich our faith. The newly developing mystical doctrines of Kabbalah led to conceptions of God and of Torah radically different from those of the biblical and Rabbinic past. Medieval Judaism was in many ways dynamic and progressive.

And there is no need to explain how Reform Judaism, responding to the challenges of Enlightenment and Emancipation in the broader culture, continued this development of a dynamic, evolving, diversified religion. Today, the sukkah reminds us that our task is not yet complete, that we must not be frozen in the tracks of classical Reform tradition. Of course, we do not have all the answers, but we continue the search.

And so, the sukkah exemplifies two aspects of Jewish historical experience: as a symbol of impermanence and insecurity, and as a symbol of dynamic movement and progress. The sight, the smells, the experience of the sukkah make these themes real and can inspire us to make not only one holiday, but also every moment of our lives as Jews, a Z’man Simchateinu, a time appropriate for rejoicing.

Connecting to the Holiness Within

In preparation for the festival of Sukkot, we construct temporary structures, called sukkot, in which we honor the fragility and impermanence of life, and celebrate our devotion to God. We build these sukkot with love and ardent attention to detail, only to deconstruct them one week later. The temporal nature of the sukkah forces us to take advantage of the fleeting opportunity to rejoice in its shelter.

As a rabbi who spends an extensive amount of time exploring the intersections between Judaism and mind-body practices, I am often struck by the kinship between our Jewish texts and the Yoga Sutras of Patanjali, the guidebook of yogic philosophy and practice.

In Sutra 1.2, Patanjali describes the state of yoga as “the cessation of identification with the fluctuations of mind.” According to the sutras, by devoting ourselves to a spiritual practice (abhyasa) and remaining unattached (vairagya) to the practice itself, the mind calms and we experience bliss.

I cannot think of another Jewish holy day or festival that exemplifies these concepts more than Sukkot. During the festival and after the last of the sukkah has been taken apart, we are encouraged to practice nonattachment by acknowledging and accepting the impermanence of everything in our lives, including our relationships; despite how precious our bonds, we know that they will undoubtedly end. The Hindu text, the Bhagavad Gita suggests that attachment is the cause of all suffering in the world. 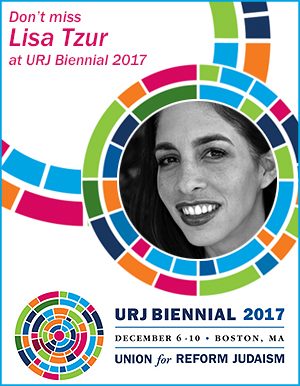 Nonattachment does not mean indifference. On the contrary, it empowers us to be present and relate to every relationship with love and fierce intensity, knowing that it could cease at any moment. Our natural instinct is to cling to pleasure, praying that it will never end. Moreover, we are often overwhelmed by pain, fearing that it will never stop yet supplicating for its dissolution. Dwelling on these inevitabilities distracts us from the precious gift of being present in our experiences.

By practicing nonattachment, we endure difficult moments, accepting that they will pass. Likewise, we allow ourselves to enjoy the meaningful moments of life without being consumed with fear of their endings. When we are not attached to success and failure, pleasure and pain, we become acutely aware of the pure love and holiness within us.

I call this my God-center. I return here in moments of clarity, when I’m insulated from the fluctuations of life. There is no better place to experience this state of yoga, this bliss, than sitting in the sukkah, where the distractions of our normative lives are minimized, and we are invited to attune to the natural state of the world. During these times, God anchors us to the present moment where we find z’man simchateinu, the time of rejoicing, as we connect to the holiness that resides within.

Rabbi Lisa Silverstein Tzur is a certified yoga instructor, a celebrated musician and composer, and a distinguished teacher and performer of Israeli dance, and was ordained in 1997 by HUC-JIR. Lisa is also the founder and executive director of Positive Jewish Living, a post-denominational Jewish organization that encourages a holistic, spiritual approach to physical and emotional wellness. She presently serves as on the boards of the URJ Kutz Camp, Jewish Rock Radio (JRR) and the Association of Reform Zionists of America (ARZA).

Rabbi Tzur will be a featured speaker at the Union for Reform Judaism's 2017 Biennial in Boston, December 6-10, 2017.

When do we read Chol HaMo-eid Sukkot

END_OF_DOCUMENT_TOKEN_TO_BE_REPLACED 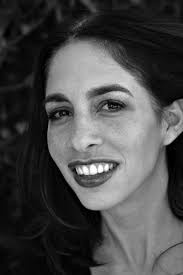 END_OF_DOCUMENT_TOKEN_TO_BE_REPLACED

A Time for Building Up
The Climax of Sukkot and the Profound Joy of the Journey
Chol HaMo-eid Sukkot for Teens: Shabbat Sha-raps
We All Will Die, But We Must Be Grateful
So, What’s the Point? Ecclesiastes and Chol HaMo-eid Sukkot