The Unique Contributions of Women and Men Are All Needed

According to Ramban (Rabbi Moshe ben Nachman, or Nachmanides; 1194-1270), this week’s Torah portion, Vayak’heil, is properly understood as the necessary reconciliation between the Israelite people, on one side, and God and Moses, on the other, after the devastation of the Golden Calf episode. Ramban reads the opening phrase, “Moses then convoked the whole Israelite community (Ex. 35:1), as Moses rebuilding and healing the community through the inclusion and involvement of all:

The expression all the congregation of the children of Israel includes the men and the women, for all donated to the work of the Tabernacle ... following the breaking of the Tablets, and after he [Moses] had put the veil on his face (34:33) ...again [he] commanded that the people be assembled, whereupon the whole congregation gathered to him &ndash; men, women, and children. (Ramban on Ex. 35:1)

Ramban underscores the depth of repair needed for the entire people to move ahead by imagining the restoration of Divine care that animates the healing:

For since the Holy One, blessed be He, became reconciled with them and gave Moses the second Tablets, and also made a new covenant that God would go in their midst, He thereby returned to His previous relationship with them, and to the love of their "wedding" [see Jeremiah 2:2]. (ibid., Ramban)

As Moses assembles this renewed people to dedicate their talents, property, and energies to the building of the Tabernacle and the Tent of Meeting – “And let all among you who are skilled come and make all that the Eternal has commanded” (Ex. 35:10) – it is the unique role of women that gets unusual emphasis for inclusion. While sometimes “all” in the Torah seems to imply just men, here the text mentions men and women together three times (Ex. 35:22, 29; 36:6), and women by themselves in two phrases (Ex. 35:25-26).

From a strictly literary point of view, women are simply making up for their apparent involuntary participation in the building of the Golden Calf (see Ex. 32:2-3). But Jewish interpretative tradition, known as midrash, probes the spiritual reverberations of what women are doing in this parashah.

One of the ways midrash expands the bounds of the Torah text is by creatively interpreting unusual grammatical constructions. An example is found in the first mention of women along with men in this passage:

And everyone who excelled in ability and everyone whose spirit was moved came, bringing to the Eternal an offering for the work of the Tent of Meeting and for all its service and for the sacral vestments. Men and women, all whose hearts moved them, all who would make an elevation offering of gold to the Eternal, came bringing brooches, earrings, rings, and pendants — gold objects of all kinds. (Ex. 35:21-22)

Upon closer examination we see that “men and women … came” (vs. 22) is how the translation found in The Torah: A Modern Commentary, rev. ed., (p. 613, based on the NJPS translation) smooths over an uncommon phrasing. Instead of ha-anashim ve-hanashim (“men and women”), the Hebrew is ha-anashim al hanashim: “the men over the women” or “the men by the women.”

One midrash reads this as a physical description of the Israelite’s eagerness regardless of gender. The word al is understood to be like the English expression, “being on top of each other”:

And they came both men and women (ibid., v. 22); that is to say, in their eagerness they pressed against each other. The men and women came as a huge throng when they brought their gifts… (Tanchuma, P’kudei 11:2)

Two major medieval commentators, Rashi (Rabbi Shlomo Yitzchaki; 1040-1105) and Ramban opt for the preposition al to mean “by” or “in addition to.” In doing so, both of these commentators see women being leaders here. Rashi interprets this verse as “the men by the women” to mean that women took the lead and men followed their example. Ramban interprets the preposition, al, not as “by” or “above” but as “in addition” – the men came in addition to the women, the women being of primary importance because they had more jewelry to contribute (Ramban on Ex. 35:22).

A few verses later in this chapter, women are mentioned without men, referencing their skill at a craft largely associated with women in traditional societies:

And all the skilled women spun with their own hands, and brought what they had spun, in blue, purple, and crimson yarns, and in fine linen. And all the women who excelled in that skill spun the goats’ hair. (Ex. 35:25-26)

The Talmud notices a distinction between the materials in the two verses and in the description of women in each. In the second verse, the women here possess greater skill, but the quality of the material is not as exquisite. Thus, the Talmud teaches that the spun goat hair was given a more prominent place in the Tent of Meeting’s curtains (Babylonian Talmud, Shabbat 99a). Through the example of women, we are reminded that the God of Israel favors the most modest offerings that come with the most heartfelt intention.

Expanding on this Talmudic teaching, I would claim that the elevation of modest gifts is about valuing individuals and their contributions – it takes individuals along with their leaders to make a difference. This idea is captured beautifully by the early Zionist poet, Ra’hel Bluwstein (1890-1931) in her iconic Hebrew poem, “To My Country” (El Artzi). Known simply by her first name, Ra’hel’s plans to contribute physically to the renewal of Jewish life in Eretz Yisrael (the Land of Israel) through agriculture were curtailed by chronic illness. Thus, in wondering about the worth of her own cultural contributions to the resettlement of Jews in their ancient homeland, Ra’hel left us this poetic gift – a seemingly unpretentious poem that has been loved for generations since her early death:

I have not sung you, my country,
not brought glory to your name
with the great deeds of a hero…
Modest are the gifts I bring you…
Only an outburst of song
on a day when the light flares up,
only a silent tear
for your poverty.

(There are two beautiful musical settings of this poem online. One is sung by the Israeli folk singer, Netanela (b.1953) to music by composer, Yehuda Sharett (1901-1979). The other is an art song version by the prominent Israeli composer, Mordechai Zeira).

In his commentary on Parashat Vayak’heil, Rabbi Greenvald describes the importance of community – a community comprised of skilled individuals, regardless of gender, and connected with God. He quotes Ramban’s interpretation that healing comes through the inclusion of all people.

We live in a world where leaders display divisive rhetoric, society is constantly polarized, and it is difficult to truly listen to one another, especially to those with different values and viewpoints. Recognizing that wholeness is a result of acknowledging the value of each person, and what he or she brings to the table, is crucial to bringing communities together and combating the hate we see all around us. The Torah reflects this sentiment when it states that Moses speaks to the entire community, saying,

“Take from among you gifts to the Eternal; everyone whose heart is so moved shall bring them … ” (Ex. 35:5).

This is not a request just to leaders or a specific population, but rather to every single person who is part of the community. Moreover, what is important is not the value or quality of the gifts to the Eternal, but that they come from people whose hearts are moved by the desire to participate. The offerings themselves matter because they are presented by community members who are willing and eager to contribute to a shared project. This project is the Tabernacle, a dwelling for God’s presence on earth. Without each person’s gifts of the heart, the holy Tabernacle would not exist. Without individuals who are willing to be open and generous, giving of themselves to the best of their abilities, it is much more difficult for God to manifest within a community.

This verse reminds us that in order to create a sacred space for God’s presence to dwell, we first must create a sacred community. This means both being present for others as they share their personal gifts, and also being willing to share our skills and talents in whatever capacity we can. Recognizing the divinity and abilities of others, and the divinity and talents present within ourselves, and then, in turn, sharing those to enhance existing structures and build something new, are powerful ways to invite God into our lives.

We can see Moses’ ask of the people as a prayer that is still relevant for us today. In a moment in time when sacred community, appreciation of others, and openness to different ideas seem rarer and rarer, may we continue the work of making this world a place that invites in God’s presence. May we strive to contribute our gifts to our communities to the best of our abilities. And may our hearts be moved to be participants in the holy work of seeing the divinity within and around us.

END_OF_DOCUMENT_TOKEN_TO_BE_REPLACED 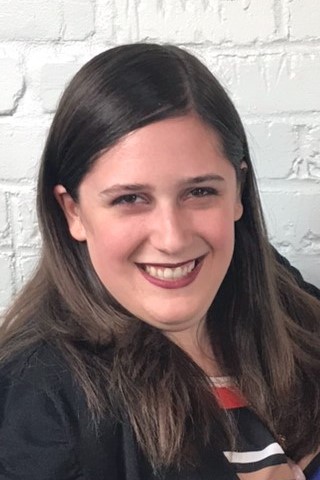 END_OF_DOCUMENT_TOKEN_TO_BE_REPLACED

Parshat Vayak'heil: Sustaining and Generating Life in Wilderness
Finding Holiness in the Rare Leopard as well as the Common Bird
Appreciating the Giver as Well as the Gift
Building the Sacred
The Tabernacle of the Wise-Hearted