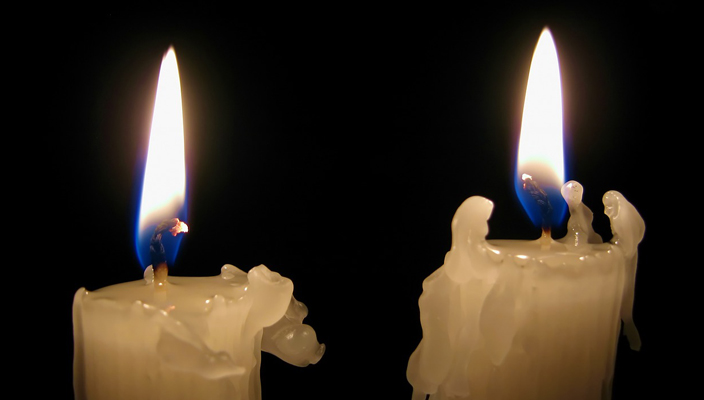 It began about 20 years ago. Instead of the bereaved family relying on the rabbi to deliver the eulogy, a member of the family asked to speak about the deceased-after all, he knew the person better than anyone else. While this was not exactly a "Rosa Parks" moment, it nevertheless inaugurated a sea change in Jewish funerals.

In the past, when meeting with a family, a rabbi would say, "Tell me about the deceased." Nowadays he/she is more likely to ask, "Who will be speaking at the service?" This phenomenon-part of a trend toward greater participation in all aspects of synagogue life-is not surprising when one considers that in former generations the rabbi was usually the best-educated person in the congregation and often the most articulate; nowadays almost all temple members are college graduates, many with advanced degrees, and quite a few are experienced public speakers.

Lay participation at funerals has its advantages as well as disadvantages. On the positive side, it is very meaningful and comforting to the mourners to listen to people relate personal experiences about the person who has died instead of the rabbi relaying to the mourners what the family has told him/her. On the negative side, it is quite difficult to control what a person might say with an "open mike" and how long he or she may take to say it. I have heard family members and friends use inappropriate language, do standup comedy, and simply ramble endlessly, incapable of organizing their thoughts or concluding them.

And beware of impromptu speakers.

One year, the best friend of the deceased called to ask me to conduct the funeral service. (The deceased's adult children were unable to make the arrangements from afar.) I met with the children after their arrival to go over the order of the service: each of them wanted to say a few words, and since the deceased had been prominent in the California labor movement, several movement leaders wished to speak as well. The service proceeded as planned, each of the designated speakers taking their turn, and I was ready to conclude with the El Male Rachamim and Kaddish when I noticed a woman standing who obviously wanted to be recognized. I hesitated, thinking it would be anticlimactic; but not wanting to overlook her, I indicated to her that she could speak. What she said threw me for a loop.

"Who arranged for a rabbi to lead this service? Charlie was an atheist. He wouldn't have wanted a rabbi up there!"

This didn't end it. The man sitting next to her jumped up and said, "Charlie was one of us, a thoroughgoing atheist. And Charlie said, 'Never argue with a rabbi. He'll always have the last word.'" So I countered, "In this case it may be the penultimate word." Right then the friend who'd originally called me stood up and said, "Charlie would have loved this!" The group broke into laughter, the tension was broken, and I proceeded to conclude the service.

That funeral for Charlie became an unforgettable tribute, but it could just as easily have ended very differently. The unpredictable situations that arise nowadays in the new Jewish funeral require that we take a closer look at our practices. Can we institute safeguards? Perhaps. Speakers might be limited to three or four persons chosen by the family in advance, and given a time limit, say four or five minutes. While the tradition does not set time limits on services, the Talmud does stress some strictures: a) do not overpraise the deceased; b) do not mourn excessively; c) avoid tircha d'tzibura (imposing upon the congregation). The implication seems clear-the service should have a reasonable limit.

Another significant change in custom concerns the serving of food following the funeral service. Traditionally (in a custom Rabbi Solomon Freehof traces all the way back to the Bible and Talmud) mourners would fast on the day of the funeral until after the service; then, upon returning from the cemetery, they would eat together the "mourners' meal" provided by friends and neighbors.

Today this practice has been totally turned around-the mourning family feels obligated to feed all the visitors. (On one recent occasion, after a family service all were taken to a well-known local ice cream parlor frequented by the deceased-who could resist?) Even when the food is supplied by friends, members of the congregation's caring committee, or caterers, the mourners are often thrust into the role of hosts, encouraging visitors to eat and drink as if this were a happy occasion.

For years I would encourage families to keep the food to a minimum-some coffee, tea, a few cakes or cookies-but routinely my suggestions were disregarded. I was delighted when one family agreed to abide by my parameters, but several years later a friend admitted to me that after I'd left "they brought out the food." Since then I've stopped offering advice. Some minhagim (customs) are too difficult to change.

Other variations also verge on excess. Nowadays, for example, there is a new vocation-the funeral planner. Following one memorial service I attended at a local synagogue, we mourners were invited into the social hall for a "memorial brunch," replete with a printed menu and an elaborate buffet; friends shared personal reflections while others were eating and drinking, and everyone received a multicolored ten-page booklet featuring tributes from various family members. Another recent service included video montages of pictures from the deceased's life set to his favorite music.

Yes, the music for the service has also changed. Typically the cantor will chant a psalm or two as well as the El Mole Rachamim-a tradition that goes back to the seventeenth century in Eastern Europe. Recently, though, families have asked to play the deceased's favorite songs, be they jazz, folk, or classical. When one congregant, a member of the Oakland Symphony, passed away, his widow requested that the Kol Nidre be played during the service. Its longtime association with Yom Kippur, the holiest day of our year, gave me some pause-but not for long. I saw no reason not to use it-a funeral, too, is a sacred occasion. A cellist friend, a member of the San Francisco Symphony, was invited to play it. No words can convey the emotional solace it offered.

On another occasion I was asked to visit someone who had been diagnosed with terminal cancer. Tom had been the lead violist for the San Francisco Opera Orchestra for forty years. While not formally connected with the Jewish community, he had pleasant memories of his bar mitzvah (he happily chanted part of his haftara at our first meeting) and was rediscovering the teachings of Abraham Joshua Heschel. On many a Friday we engaged in serious discussions on the meaning of life.

It seemed very natural, then, that when his wife and I met to plan the service, music was the dominant theme. Several lifelong friends played selections and shared reminiscences; then the entire viola section of the Opera Orchestra played his two favorite opera pieces. It was an appropriate, memorable tribute.

Together, these changes prompt a revisiting of the rabbi's role in the Jewish funeral. Nowadays, instead of being the traditional eulogizer, I consider it my task to provide a Jewish framework for the service, setting a tone based on Jewish thought regarding life and death drawn from traditional as well as contemporary sources. The only Jewish requirement in the funeral service is the recitation of Kaddish,a way of affirming life and its ultimate meaning. (The Orthodox include Tziduk Hadin, biblical selections justifying God's ways.) Additional psalms and prayers have been added over time by scholars, a custom I have adopted.

Within this context the speakers may share their thoughts, feelings, and experiences of the deceased; and if I knew the person too, I will usually add a few of my own thoughts. The service concludes with the El Male Rachamim, chanted by the cantor, and the Kaddish. If there is a ground burial at the cemetery, we say the Kaddish at gravesite, after which all present are invited to place a handful of earth or a flower on the casket before it is lowered into the ground.

What has not changed is the rabbi's role as ethical judge and esthetic arbiter, determining what is-or is not-in good taste. Not everything a family wants to do is appropriate, like asking for an open casket (not permitted), a military honor guard for a veteran (I agreed on condition that there be no rifles), or a Masonic service (it would have to be concluded prior to my entering the chapel to conduct the Jewish service).

Too often in the "new" Jewish funeral there is little distinction between a celebration and the grieving over a loss. When families insist on a "service of celebration," the result is a glossing over or not even a mention of death. While the idea of celebration is in keeping with Judaism's attitude toward life, our tradition also teaches us to confront the reality of death and to go through the painful process of mourning. How we might celebrate an individual's life in a dignified manner that is true to Jewish teachings requires serious thought and discussion.

Ultimately, no funeral service can do justice to a person's life. What it can do is lift the mourners' spirits by recounting memories from the deceased's life in a positive, honest, realistic manner. It also enables the bereaved to gradually become reconciled to their loss and begin to resume some semblance of normalcy, though things will never be the same. We set the process in motion by paying tribute and offering solace and support to the bereaved in a quiet, appropriate way.

Will the "new" Jewish funeral fulfill its hoped-for function, or will it go the way of its happier counterparts, bar/bat mitzvah and weddings, in its all-too-frequent excessive celebration? Let us hope that never happens.