Stories We Tell: The Farmer and the Horse

Once, there lived a farmer who had a horse that he loved. But the horse kept getting injured, and the farmer kept trying to heal his horse. What was causing the problem - and how did he address the source of his horse's recurrent injury? This story is told by Rabbi Michael Namath, the Director of Leadership Development at the Religious Action Center of Reform Judaism.

[URJ Intro:] Welcome back to “Stories We Tell,” a podcast from reformjudaism.org. Judaism has always had a deep and rich tradition of storytelling, passing our stories down orally from one generation to the next, and here, each Thursday, we share a new story with you to carry on that tradition. This week, we're joined by Rabbi Michael Namath, the director of leadership development for the Religious Action Center of Reform Judaism, and he's going to share the story of the farmer and the horse.

[Rabbi Michael:] There's a story told of a farmer who had a horse, a horse that he cared deeply about, that he took care of, that he made sure to brush, that he made sure it had the best food possible. One day the farmer noticed that the horse had kicked the fence and had an abrasion on the back of his leg, so he of course, being the person who cared deeply about his horse, he contacted the veterinarian, who prescribed some antibiotics to make sure that the abrasion would heal. And in fact, when the farmer gave the horse the antibiotics, the horse did heal and the abrasion disappeared.

But then, about two weeks later, the farmer noticed that the abrasion was back, that there was something not quite right with the horse's leg. And he was deeply concerned, and so, once again, he called the veterinarian, who once again prescribed some antibiotics. And actually, this time, they tried a different antibiotic. And once again, after he gave the horse the antibiotics, the abrasion disappeared. But time went on, and in fact, the abrasion returned.

This time, the farmer, who was deeply concerned because it had happened twice already, decided to take the horse to the veterinarian. So, he loaded him up on the trailer, drove him to the veterinarian across town, and the veterinarian took a look at the horse, took a look at the abrasion, and discovered that there was a splinter inside the horse's leg that was causing this abrasion to reappear. And the farmer realized that he simply was treating the symptoms, the problems that were on the outside, but wasn't truly going to the source of what was wrong with the horse. And once he did that, once he was able to go upstream and discover the root causes, he was able to truly help to heal his horse.

[URJ Outro:] After hearing the story of the farmer and the horse, I guess I'm wondering if you've ever had a time when you thought you knew what the problem was, but it turned out to be something different, and once you've figured out what the problem really was, it was even possible to fix. If you want to share that with us on social media, we'd love to hear about it. You can find us at facebook.com/reformjudaism, and on Twitter, our handle is @reformjudaism.

Thanks for listening to “Stories We Tell.” If you enjoyed this week's story, rate and review us on iTunes. And you can always find new episodes every Thursday on reformjudaism.org, where you can also go to learn a little bit more about Jewish rituals, or culture, or holidays, and more. Stories We Tell is a project of the Union for Reform Judaism, a leading voice in the discussion of modern Jewish life.

And until next week – l’hitraot! 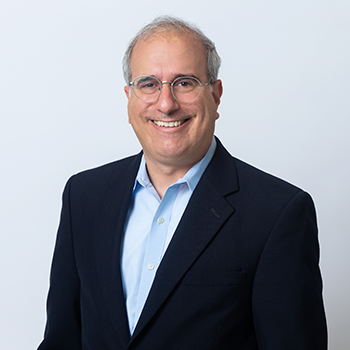 Rabbi Michael Namath (he/him) is the program director at the Religious Action Center of Reform Judaism.