Stories We Tell: Made to Hug

The Torah is always written on a scroll. Why is that? Why isn't it written in the sky or on the trees for everyone to see an admire? It turns out that the scroll is the perfect shape for one special reason.

[URJ Intro:] Welcome back to “Stories We Tell,” a podcast fromReformJudaism.org. Judaism has always had a deep and rich tradition of storytelling, passing our stories around from one generation to the next, and here each week we share a new story and to carry on that tradition. This week, Rabbi Mark Shapiro, rabbi emeritus of Sinai Temple in Springfield, Massachusetts and the editor of the CCAR book “Gates of Shabbat” shares the story “Made to Hug.”

[Rabbi Mark:] Friday arrived, and Daniel had a question. Daniel had already asked lots of questions earlier in the week. Why are bulldozers so big? How do birds stay up in the sky? Where does the sun go when it sets? Now Daniel had another question that went along with Friday evening. It was Shabbat in Daniel's home. Candles and wine were on the table. His parents had just blessed him with a Hebrew prayer from the Torah, the book at Temple. That's when Daniel asked, “if the Torah at the temple is a book, why is it round? It doesn't look like other books at all!”

Dan's dad scooped him onto his lap and answered, “You're right Daniel. Books usually have edges and corners, but the Torah is different. Let me tell you a story about how that happened.”

Long ago, after our ancestors escaped slavery in Egypt, God decided to give them the Torah. But God wasn't sure what shape to use for something so important. So, God did what God had done when other questions arose: God turned to the animals, and God asked the animals. The ants spoke up first.

“Well, we like to keep things simple,” one of them replied. “That's why we walk in straight lines. So, let's write the Torah on pieces of spaghetti! Store the Torah in a nice little box neat easy to read.”  Several ants immediately began writing the words of the Torah on a piece of spaghetti.

The elephant came forward, trying hard not to step on the tiny ants. “Spaghetti,” he said, “will not work. It's small and breaks too easily. You need something big and strong for the Torah. Put it on boulders. It won't get crushed that way!”

“No way!” said the giraffe. “Boulders lie on the ground and get dirty. The Torah deserves better than that. People should stand tall like me and look up to the Torah. Let's write the Torah on the leaves of beautiful trees,” and the giraffe placed some words up high on the leaves. Just then, a gust of wind scattered the leaves, and the giraffe had a chase after his words of Torah.

“Well,” a Blue Jay now suggested, “why not place the Torah on the clouds up where I fly? That way the words will be large enough for everyone to see and everyone to learn from them.” Birds began to sketch letters of the biggest clouds around them when once again, the wind blew. Off with the clouds, taking the Torah with them.

“I know,” came the words of a tortoise, the oldest and wisest of the animals. “I know how the Torah should be made. Look at the sand along the shore. The beach would be a perfect place for the Torah.” And the tortoise began to write on his beach as the other animals agreed that the tortoise had finally found the best way to shape Torah.

Until… two whales swam by. They flapped their tails to greet the animals, but the wave swept onto the beach and wiped away the letters. Now the animals were sad. None of their ideas for the Torah had worked. Then the tortoise had an idea.

“Maybe,” he said, “maybe we should ask the children for their ideas about a shape for the Torah.” One of the Jewish children standing at Sinai sure enough remembered how excited her family was when they left slavery. She remembered how they hugged and kissed because they were free, and they hugged and kissed again when they got to Mt. Sinai. So that little girl spoke up.

“How about making the Torah in the shape of something we can hold? No sharp edges -- make the Torah so that we can hug it!” And that is what God did.

The Torah was made round in the shape of a scroll so you could hug the Torah. You could learn from it, love it, sometimes even give Torah a kiss.

Daniel's dad said, “Like the special people we love, we hug the Torah.”

Then his mom said, “And in a special way, as much as we hug the Torah, the Torah hugs us back!”

Then Daniel's parents gathered him up between them like a Torah scroll. They hugged him and they kissed him and he hugged and kissed them back. And then together they all whispered, “Shabbat Shalom, Shabbat Shalom.”

[URJ Outro:] After hearing the story “Made to Hug,” here’s a question: what is the most precious thing that you know, and what is its shape? If you want to share that with us, we’d love to hear about it on social media. You can find us at Facebook.com/ReformJudaism, and on Twitter our handle is @ReformJudaism. Thanks for listening to “Stories We Tell.” If you enjoyed this week's story, rate and review us on iTunes, and you can always find new episodes every Thursday on ReformJudaism.org, where you can also go to learn a little bit more about Jewish rituals, or culture, or holidays, and more. “Stories We Tell” is a project of the Union for Reform Judaism, a leading voice in the discussion of modern Jewish life.

And until next week – l’hitraot! 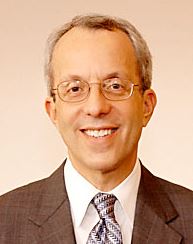