These Greek inspired cheese scones are so quick and easy to make that even my young grandchildren often bake them for a scrumptious savoury snack. In Rhodes Island, the Sephardim who called these cheese scones boyikos de kezo also referred to them as boyikos de rayo – derived from rayo in Ladino (grater) – that refers to the decorative imprint that was traditionally made on the scone with a grater.

Boyikos de kezo are best eaten warm, freshly baked with some crumbly Greek feta cheese and olives at teatime or at brunch. They are customarily served after the Fast of Tishah B'Av and for the festival Shavuot.

Sephardic cuisine expert, artist, textile designer, and cookery writer, Stella Cohen is a passionate ambassador for the Jewish community, dedicating her life to the celebration, preservation, and education of Sephardic values and traditions. Stella’s heart lies in Southern Africa as well as in the Mediterranean, as she was born and raised in Zimbabwe and has a family tree entrenched in Sephardic history. Her parents originate from Rhodes, Greece, and Marmaris, Turkey and she is the great-granddaughter of Yaacov Capouya, the Rabbi of Rhodes. 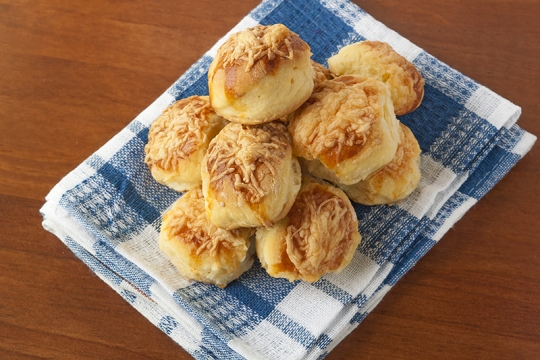